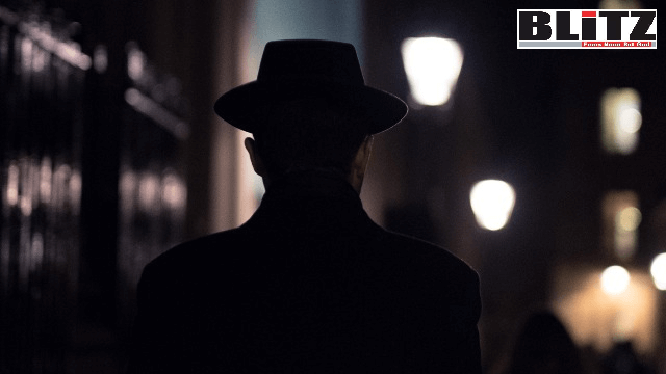 Two Turkish diplomats, then-Press Attaché Hacı Mehmet Gani and Hakan Kamil Yerge, then-second secretary at the Turkish Embassy in Bern, plotted to drug and kidnap a Swiss-Turkish businessman in 2016. In June 2018 the Office of the Attorney General of Switzerland issued arrest warrants for the two Turkish diplomats and confirmed that they would be arrested upon their entry into Switzerland. According to local reports, criminal proceedings against the two diplomats were launched in March 2017. Yerge left Switzerland in November 2016, whereas Gani remained until August 2017 – Writes Abdullah Bozkurt

Turkish diplomats continue to gather intelligence on critics of President Recep Tayyip Erdoğan in Germany, Switzerland and Greece despite repeated warnings from the host countries that Turkey stop spying on their residents, secret documents obtained by Nordic Monitor have revealed.

The illegal information gathering and intrusive surveillance activities conducted by Turkish diplomats posted to Switzerland, Germany and Greece were exposed in 2020 communiqués exchanged between the Turkish Foreign Ministry and the Directorate of General Security (Emniyet), Turkey’s main law enforcement agency. The documents confirm that spying activities by diplomats continue even though such campaigns have caused problems in Turkey’s bilateral ties with these countries.

The people who were targeted by the Turkish government in foreign countries are believed to be affiliated with the Gülen movement, a group that is highly critical of the Erdoğan government on a range of issues from pervasive corruption to Turkey’s aiding and abetting of armed jihadist groups.

The documents pointed out that Turkish national Y.Ç., 50, was believed to be in Switzerland, a country where Turkish diplomats faced outstanding arrest warrants in the past for hunting down a Swiss-Turkish national.

Two Turkish diplomats, then-Press Attaché Hacı Mehmet Gani and Hakan Kamil Yerge, then-second secretary at the Turkish Embassy in Bern, plotted to drug and kidnap a Swiss-Turkish businessman in 2016. In June 2018 the Office of the Attorney General of Switzerland issued arrest warrants for the two Turkish diplomats and confirmed that they would be arrested upon their entry into Switzerland. According to local reports, criminal proceedings against the two diplomats were launched in March 2017. Yerge left Switzerland in November 2016, whereas Gani remained until August 2017.

The Turkish diplomats were accused specifically of having gathered political intelligence for another state and of having attempted to kidnap a Swiss businessman with Turkish roots. The businessman was reportedly affiliated with the Gülen group and had been living in Switzerland for some 30 years.

In Germany Turkish diplomats located 33-year-old refugee C.T., a Turkish national, according to the documents. Such activities have been a thorny issue between Turkey and Germany in the past and prompted German authorities to investigate illegal Turkish intelligence activities in German territory. Thomas de Maizière, the interior minister, said in March 2017 that it was a “criminal offense” to carry out espionage activities on German soil and that they “will not be tolerated by us.” “That applies to all foreign states and all intelligence services,” he said with respect to Turkish intelligence tracking of critics.

The third person mentioned in the documents is 31-year-old D.A. who was tracked to neighboring Greece where the Turkish intelligence service MIT and the Turkish Embassy have the most comprehensive espionage operations, helped by assets and operatives recruited from the country’s Turkish Muslim community. In response to the aggressive Turkish intelligence campaign, Greek authorities have beefed up security at the camps and around residential neighborhoods where Turkish government critics, especially Gülenists, have resided since fleeing Turkey. In December 2020 Greek police detained a Greek national employed by the Turkish Consulate on the island of Rhodes for spying.

One of the documents dated August 28, 2020 and signed by Erdoğan Kartal, deputy head of the counterterrorism department in the Emniyet, stated that intelligence was received from the Foreign Ministry which indicated that three critics of Erdoğan were believed to be located in Greece, Switzerland and Germany.

Kartal warned that the information must be treated “on a need-to-know basis and not to be shared with unauthorized people/institutions.” It is clear that Turkish authorities were concerned about a diplomatic backlash in the event such activities were exposed and the documents leaked to the media. In an attempt to mask the origin of the intelligence, the Foreign Ministry was only referred to as “the affiliated (V) institution.”

The repercussions of Turkey’s tracking down of government critics who apparently sought asylum in European countries to escape torture and abuse in Turkey range from abusive legal prosecution to the punishment of their relatives. The documents show that the critics already faced criminal investigations on multiple bogus charges, meaning that they will be prosecuted, jailed and condemned to long prison sentences if they ever go back to Turkey. In the meantime, their loved ones and relatives could also face vindictive legal action on account of their association with critics abroad. Their assets would likely be confiscated by Turkish authorities as well.

The documents confirmed once again expansive, clandestine and hostile activities conducted by Turkish intelligence and diplomats in European countries including in territories of NATO allies.

They also show how far the Erdoğan government is willing to go in breaking international laws and norms that regulate the conduct of diplomats and consular officers. Diplomats enjoying the privileges and immunities described in the Vienna Convention on Diplomatic Relations are under a duty to respect the laws and regulations of the receiving state and to avoid interfering in its internal affairs as detailed in Article 41. Similarly, consular staff are granted limited privileges and immunities by the Vienna Convention on Consular Affairs, but host state authorities can start investigations and prosecute any of the personnel if they perpetrate crimes inside or outside the consulate premises according to Article 43 of the convention.

The Gülen movement is led by US-based Turkish Muslim scholar Fethullah Gülen, who also faces multiple arrest warrants and an extradition request from Turkey. However, the US government has repeatedly asked the Turkish government for solid evidence of wrongdoing, and Turkey has so far failed to present any direct evidence that would incriminate Gülen.

Erdoğan, incriminated in a major corruption scandal in 2013 that exposed secret kickbacks in money laundering schemes involving Iranian sanctions buster Reza Zarrab, blamed Gülen for the graft investigations into his family members and business and political associates. He branded the group as a terrorist entity although no violent action has been associated with it, and launched a major crackdown on the group, jailing and/or purging tens of thousands of government employees, unlawfully seizing their assets, shutting down schools, universities, NGOs, media outlets, hospitals and other entities that were owned or operated by people associated with the movement.

In 2016 Erdoğan added the coup charges against Gülen, who denied any involvement in the abortive coup that was branded by many as a false flag operation organized by President Erdoğan and his intelligence and military chiefs. Erdoğan used the event as a pretext to transform NATO’s second largest army into a hotbed of neo-nationalists and Islamists with a purge of almost 80 percent of all generals and admirals. He also acquired “imperial” presidential powers and launched cross-border offensives into Syria.

According to official data announced in February 2021, a total of 622,646 people have faced punitive legal action in the last five years by the government due to alleged links to the Gülen movement. Of these, 301,932 people have been detained and 25,467 jailed pending trial or due to conviction. Nearly 100,000 people were released after imprisonment under judicial supervision, meaning they are subject to a travel ban and are required to check in with the local police station on a regular basis.

Abdullah Bozkurt, a Middle East Forum Writing Fellow, is a Swedish-based investigative journalist and analyst who runs the Nordic Research and Monitoring Network and is chairman of the Stockholm Center for Freedom.

This article is re-published from the Nordic Monitor newspaper