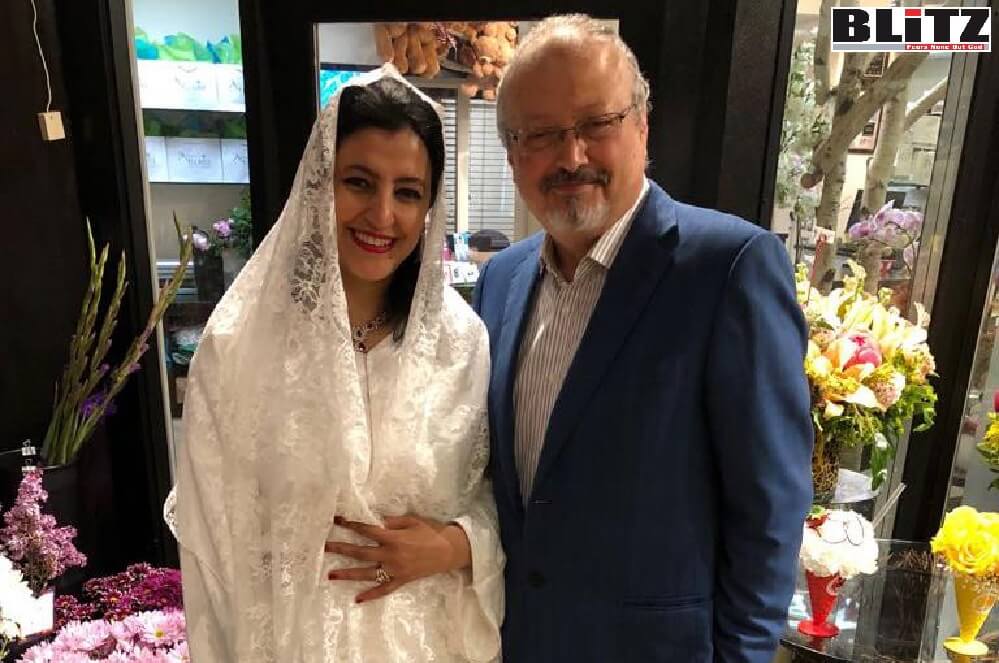 While Hatice Cengiz, a graduate student was proclaiming herself as the fiancé of pro-Al Qaeda writer Jamal Khashoggi, according to media reports, Cengiz is actually a secret agent of the National Intelligence Organization (Millî İstihbarat Teşkilatı) or MİT. She was assigned to use Khashoggi’s pen towards propaganda of Recep Tayyip Erdogan and his Ottoman Caliphate ambition. But lately, western media has reported, just before his disappearance from the Saudi Consulate in Istanbul, Jamal Khashoggi was living with Hanan El-Atr, an Egyptian flight attendant for Emirates airline, who actually was his fiancé. Khashoggi proposed Hanan El-Atr in a text message while in another I texted: “I throw myself at you, kiss you and delight you. I take out a watch or a necklace or perfume I bought for you to delight you”.

Hatice Cengiz claimed, Khashoggi went to Saudi Consulate in Istanbul on October 2, 2018 to get divorce records proving he was no longer married to his wife back in Saudi Arabia. But in reality, Jamal Khashoggi was looking for this document as he had already married Hanan El-Atr on June 2, 2018. For Cengiz, the only mission behind attempting to take advantage of Khashoggi case was to please her employers – MİT, as Recep Tayyip Erdogan was willing to humiliate Saudi Arabia and Crown Prince Mohammed bin Salman with it.

According to information, Jamal Khashoggi married Hanan El-Atr in an Islamic ceremony performed by an imam in a northern Virginia mosque. The couple never got a civil marriage license that would have have made their union official. But the groom plunked down US$ 2,000 for two rings for his Islamic bride — the receipts from a local jewelry store El-Atr proudly displays as further proof of their union. Mohammed Soltan, the Egyptian American human rights activist and a friend of Khashoggi said: “If somebody sits across from you when you’re interviewing people about Jamal and tells you that Jamal told them everything, they are 100 percent lying to you. Jamal compartmentalized, he told different people certain things about his life. He gave nobody a full view of his life. He kept all of it with himself, and he gave different people the things that they needed to know. So, I had no idea about Hanan [Hanan El-Atr]”. In fact, the story of Jamal Khashoggi’s complicated personal life during the last year of his life is the subject of tales of many women.

Khashoggi’s wife Hanan Al-Etr in an interview with ‘ConspirayLand’ recounts the story of their relationship: They had met nine years earlier while Khashoggi was in Dubai for a conference. A tall and reserved woman, Atr said they had swapped phone numbers and stayed in touch, exchanging funny videos and messages about their favorite lines of Arabic poetry. But by the early months of 2018, with Khashoggi living in the Washington area and Hanan having twice-a-month flights there, they became something of an item. Khashoggi took her as his date to a birthday dinner for him that March. A couple of weeks later, he proposed marriage.

“He said, ‘You sure you want to be with me?’” said Atr, recounting Khashoggi’s proposal. “He said, ‘Because I have heavy luggage, I don’t have a stable life.’”

And Hanan El-Atr’s response: “I’m with you, Jamal, I believe in you and love you because [of] the way you are”.