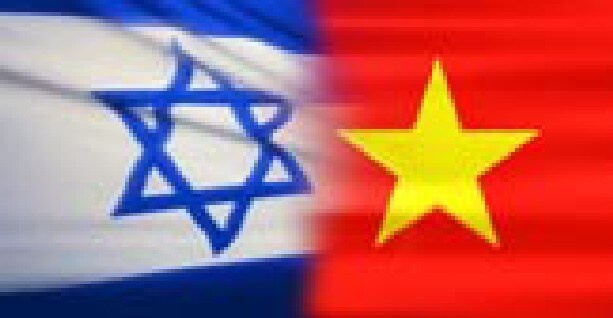 Vietnam is a member of the Association of Southeast Asian Nations (ASEAN), an organization of 10 states and almost 650 million people. Israel has diplomatic and economic relations with several members of the ASEAN, a body that has developed into an important economic player in Southeast Asia over the years.

Diplomatic and economic relations with Vietnam allow Israel to improve trade not just with other ASEAN members with which it has diplomatic relations, but also with states with which it does not. Vietnam has become a channel through which Israel can trade with the Muslim world in the region without facing political and ideological barriers. Improving trade with Vietnam will also help Israel gain access to other states beyond Southeast Asia with which Hanoi has diplomatic relations.

Vietnam is the third-largest market in the region and its economy is growing fast. It is looking for economic projects that will allow it to offer work to its rapidly expanding workforce. Vietnam sees Israel as a model for cooperation in both low- and high-tech industries, particularly in the agriculture sector, which combines low- and high-tech. Vietnam’s high-tech agriculture technology cooperation with Israel is valuable to Hanoi, which seeks to improve the sector in order to increase agricultural exports.

Trade between Israel and Vietnam is not limited to the civilian sector. The two states cooperate in the defense sector as well. The Israeli defense advantage offers valuable solutions to the security challenges Vietnam faces.

This is one of the reasons why Israel and Vietnam are negotiating a free trade agreement (FTA). (Israel is in the final rounds of FTA negotiations with China and South Korea.) The striking of an FTA with Vietnam indicates the importance to both states of improving economic relations by decreasing trade barriers. Jerusalem and Hanoi see the FTA as a platform that will allow both Israel and Vietnam to increase trade with other Asian states. Israel does not have diplomatic relations with some of those states, and in those cases, Vietnam will play a pivotal role.

Israeli and Vietnamese economic, diplomatic, and administrative delegations visit one another’s countries frequently to find opportunities to increase trade. Last year, Israeli President Reuven Rivlin visited Vietnam with a large delegation of Israeli businessmen, a strong indicator of the importance Israel places on relations with Vietnam. Hanoi recently sent a delegation to Israel to learn how Israel’s “start-up nation” ethos could be implemented back home.

Israeli-Vietnamese relations have huge economic and diplomatic potential that should be exploited, including in the more complicated and delicate political-diplomatic arena.

Dr. Alon Levkowitz, a research associate at the Begin-Sadat Center for Strategic Studies, is an expert on East Asian security, the Korean Peninsula, and Asian international organizations. This article originally appeared on the BESA Center’s site.