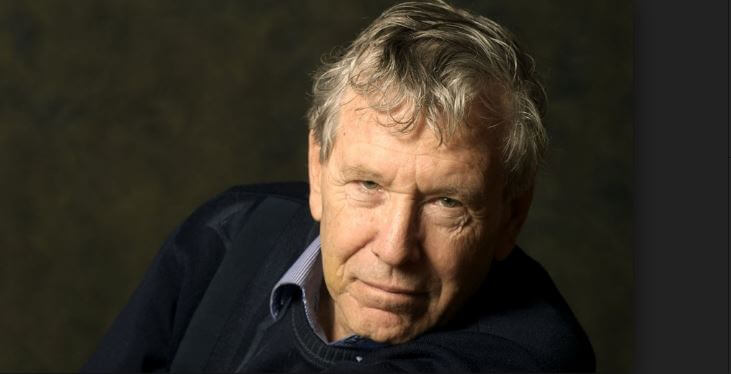 Coincidentally, Rabbi Wilfred Shuchat, the spiritual leader of Montreal’s Congregation Shaar Hashomayim from 1946 to 1993, and Amos Oz, Israel’s great novelist, died within hours of each other in late December.

Looking at both their lives illuminates the Jewish people’s two great responses to the destruction of European Jewry. Rabbi Shuchat represented the more religious response and North America’s rise as the center of Jewish learning and achievement. Oz represented the more nationalist response and the State of Israel’s establishment as the renewed centre of the Jewish world.

Born in Montreal in 1920, Rabbi Shuchat, along with his peers, had unparalleled opportunities to succeed. He attended New York’s Jewish Theological Seminary in the 1940s. Back then, many of American Jewry’s great thinkers were reinventing American Judaism.

Faculty members were clashing over Rabbi Mordechai Kaplan’s democratic approach to Judaism as a civilization and his naturalist approach to God. Rabbi Saul Lieberman joined as a professor of Talmud – representing the conservative Conservatives, rooted in rigorous scholarship and strict observance, with tradition evolving gradually. Rabbi Abraham Joshua Heschel joined as a professor of Jewish ethics and mysticism, reminding his colleagues about the leap of faith, the transcendent spark, that sustains Judaism, too.

Returning home in 1946, Rabbi Shuchat served as a congregational rabbi for 47 years. He embodied Rabbi Kaplan’s love for the community, Rabbi Lieberman’s commitment to observance and Rabbi Heschel’s faith in spirituality. Under Rabbi Shuchat, Shaar Hashomayim broadcast the mid-20th-century message that North American Jews took to heart: you can have it all – thriving at work, living well with your family – while staying within what Tevye called “tradition!”

Amos Oz was born in 1939 in Jerusalem, the city where, according to him, everyone is “half prophet and half prime minister.” His father was a frustrated academic turned librarian. His mother committed suicide when he was 12. Oz would write that he was “destined to be a new chapter, a plain, tough Israeli, fair-haired and free from Jewish neuroses and excessive intellectualism.”

Oz – who changed his name from Amos Klausner after he settled on Kibbutz Hulda – boiled down his Zionism to one fact: Jews have nowhere else to go.

In his monumental memoir, A Tale of Love and Darkness, Oz remembered Nov. 29, 1947 – the night the UN partition plan passed. His father described the anti-Semitic humiliations Poles imposed, then said: “From now on, from the moment we have our own state, you will never be bullied just because you are a Jew.” It was the only time Oz saw his father cry.

Oz also respected Palestinian rights, calling the conflict “a clash between right and right.” Despite claiming to seek Zionist normalcy, Oz appreciated the special opportunities Israel afforded him – to grow, to inspire, to frustrate and to overcome. He frequently chided Diaspora Jews for casting themselves as spectators watching this historic Jewish drama unfold on “centre stage.” He believed that only in Israel could Jews and Judaism flourish creatively.

Superficially, Rabbi Shuchat and Oz seemed very different: the believer versus the sceptic; the Canadian versus the Israeli; the congregational rabbi versus the legendary novelist. But each in his own way helped the Jewish community emerge from the ashes of Auschwitz. Their lives demonstrate how much better off Jews are today than we have been in centuries. And both not only contributed to the growth of their respective communities, but to the literary, spiritual, transcendent inheritance we call Judaism – which had to be relocated, resurrected and redeemed after the Holocaust.