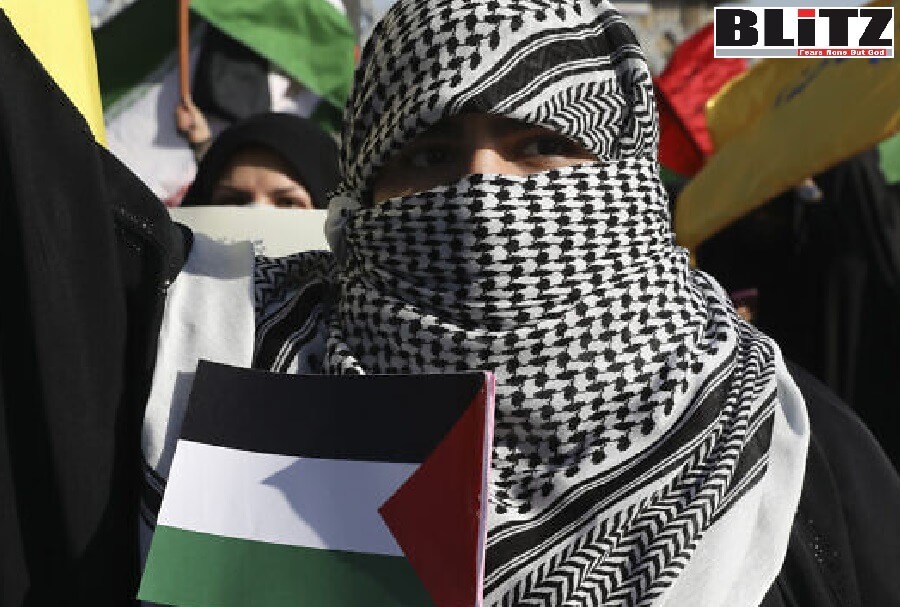 The Biden administration last week criticized Israeli plans to expand its settlements in the West Bank. The Biden team has tried to return to the pre-Donald Trump policy toward Israel and the Palestinians, including expressing support for a two-state solution. However, in Washington foreign policy circles, there is a growing sense that a two-state solution is no longer viable.

The most commonly expressed view among Washington’s foreign policy professionals is that the two-state solution remains the only option — or “the best” or “least worst” option — but that current conditions are not conducive to progress. Advocates of this perspective often express a vague hope that something will change in the future. The Biden administration has also expressed this view.

There is no consensus among Washington experts, however. Over the last 20 years, the discussion about Israel and the Palestinians has increasingly allowed broader debate. There are several reasons for that shift, including a willingness to give credibility to voices, especially Arab ones, which were previously ignored. Furthermore, conditions in the Occupied Territories have changed. These developments have fostered debate in Washington over whether the two-state solution remains viable and whether the US should promote it.

The most widely accepted view is that a two-state solution is still possible and desirable. The experts who advocate this perspective often come from the foreign policy establishment (primarily men with years of policy experience) or are Israeli.

Many Washington experts who say that the two-state solution remains alive argue that it is the only way to end the Israeli-Palestinian conflict. Often, their defense of the two-state approach simply rests on the idea that there are no likelier or better alternatives. However, they often say that current conditions are not suitable to actively pursue negotiations.

Some advocates of this position place most of the blame for peace process failures on the Palestinians. Others take a more balanced view and blame both Israeli and Palestinian politics and hope that something will change on both sides to make a two-state solution possible. Furthermore, many advocates of a two-state approach note that most Israelis and Palestinians do not want to live together in a binational state. A few experts in this group have suggested that Israelis may be more willing to allow the creation of a Palestinian state in the future as a preferred option to a binational state.

Many foreign policy practitioners do not have proposals for how to move toward a two-state solution, but some have offered ideas, such as land swaps or some sort of Palestinian statelet that falls short of a sovereign state. A few experts suggest changes in US policy that might improve living conditions for Palestinians and take a more equal approach toward Israeli and Palestinian rights.

At the same time, there are experts with influence in policymaking circles who argue that it is time to recognize that the two-state solution is dead. Demographically, this group is more likely to include those with Arab backgrounds and younger voices who may be less invested in the policies of the past.

Experts who say that the two-state solution is not viable frequently cite facts on the ground and a lack of political will. They argue that Israel has created settlements in the West Bank — along with its wall and infrastructure and laws to support settlements — that make it no longer possible for Palestinians to create a functioning, sovereign state. These experts often dismiss the idea of land swaps as no longer feasible, given the fragmentation of the West Bank.

While nearly all experts recognize that the lack of Israeli and Palestinian political will is a problem, those who say that the two-state solution is dead do not see any realistic hope for change. It is very unlikely that Israel will elect a leader who advocates the types of concessions that will be necessary for a Palestinian state. In the West Bank, Palestinians have lost faith in their leadership, partly due to its history of engaging in a peace process that has yielded nothing. The split between Fatah and Hamas is another widely recognized problem. Furthermore, polls suggest that Israeli and Palestinian attitudes and distrust are hardening.

The foreign policy professionals who see the two-state option as dead are more likely to also recognize a lack of US political will as part of the problem. Given the deep imbalance of power between Palestinians and Israelis, these experts argue that a two-state solution is only possible if the US is willing to exert real pressure on Israel. It is very unlikely that President Joe Biden or any other president in the near future will be willing to spend political capital to do so.

The Washington experts who no longer believe in a two-state solution offer various alternatives, including a multiethnic single state or some form of more equal confederation. Some express concerns about darker outcomes, including an ongoing occupation or even more severe violence.

Views are shifting. In a recent Foreign Affairs magazine survey that featured think tank scholars and others with influence in policy circles, a majority of respondents said that the two-state solution remains viable, but a large minority disagreed. The Middle East Scholar Barometer, which has a broader range of academic experts with less focus on policy influence, found that 57 percent said that the two-state solution is no longer viable. A long-term rethinking of US policy is beginning among foreign policy experts, though future policy will depend more on politicians than on scholars.

Kerry Boyd Anderson is a writer and political risk consultant with more than 18 years of experience as a professional analyst of international security issues and Middle East political and business risk. Her previous positions include deputy director for advisory with Oxford Analytica.