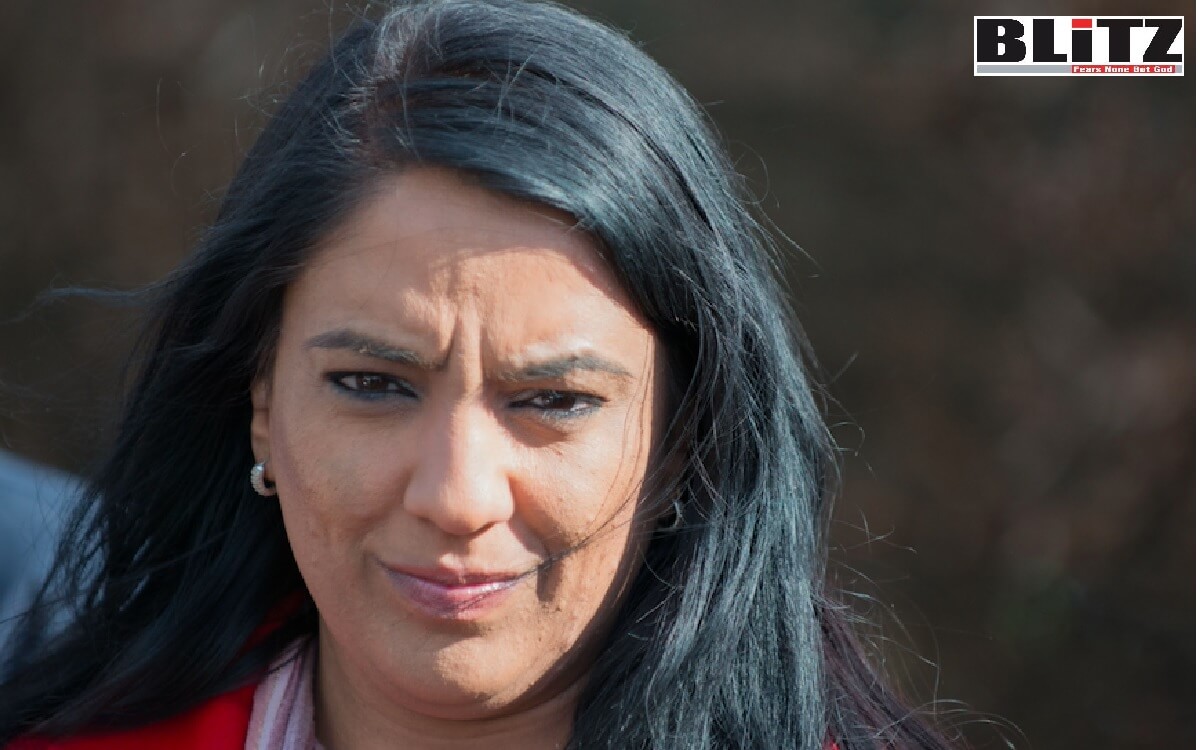 While all of us are aware of notorious Jeremy Corbyn’s anti-Semite actions and his special affection for radical Islamic militants, another leader of the UK Labour Party, Naseem Shah alias Naz Shah, a Pakistani-British in a Facebook post in 2014, before she became an MP, Naz Shah shared a graphic showing an image of Israel’s outline superimposed on a map of the US under the headline “Solution for Israel-Palestine conflict – relocate Israel into United States”, with the comment “problem solved”.

The post was brought to light by the Guido Fawkes website, which also highlighted a post in which she appeared to liken Israeli policies to those of Hitler.

After many years of such nefarious posts on social media, this Labour Party leader realized – she should apologize!

“The language I used was anti-Semitic, it was offensive,” she said. “What I did was I hurt people and the language that was the clear anti-Semitic language, which I didn’t know at the time, was when I said, ‘The Jews are rallying'”.

She said she had been party to conversations about the Israel-Gaza conflict, about unilateral British and American support for Israel, which might have influenced her.

To understand anti-Semitism, people had to understand the conversations which built that hatred, such as claims that Jewish people control banking and the media, she argued.

Well, we apology and argument are outrightly rejected by me and every defender of the State of Israel. In my opinion, Naz Shah, like many of those anti-Semite politicians in Britain has a heart filled with extreme hatred towards Jews, Christians, Hindus and non-Muslims. She is one of the many UK politicians who uphold radical Islam and jihad deep in their minds.

Who is Naz Shah?

According to Wikipedia, Naz Shah was born in Bradford. Her father left the family when she was six years old. At age 12, she was sent to Pakistan by her mother, Zoora Shah, to escape her mother’s abusive partner, where she had an arranged marriage. When she was 20, her mother was convicted of the murder of her partner, who had sexually and physically abused her for over a decade, and served 7 years in prison.

But a 2017 report published in the Daily Mail gives us a bit more detailed description of this anti-Semite British MP.

The Daily Mail report said: “MP for hypocrisy? Naz Shah is the high-flier praised by Corbyn for helping oust a colleague who spoke out on Asian child grooming gangs – but SHE’S been accused of racism herself”.

Here are excerpts from the article:

When she [Naz Shah] was six years old, she revealed, her father ran off with a neighbor’s daughter who had just turned 16. His abandonment, she said, resulted in her moving 14 times in two years, each house more squalid than the last. At 12, she was sent to Pakistan where she was forced into an arranged marriage aged 15.

She returned to Britain three years later and separated from her husband.

Yet aspects of her account have been challenged by her own family. ‘Some of her claims are very hurtful,’ her uncle, Zaf Shah, told the Mail.

In particular, relatives we spoke to cannot remember Naz Shah moving 14 times and were at pains to point out that she, her mother and siblings were taken in by Miss Shah’s paternal grandfather.

‘Naz’s granddad provided for them for up to two years’, says a cousin.

It does not disprove Shah’s version of events, but her grandfather’s role during those traumatic early years doesn’t appear to have been touched upon.

Then there is Shah’s mother, Zoora, a woman she describes as her ‘rock’, an almost saintly figure who, she says, was raped, beaten and pimped by an abusive partner for more than a decade.

Ground down by ‘helplessness and hopelessness’, according to her daughter, Zoora eventually snapped. In 1993, at Leeds Crown Court, she was convicted of murdering her married lover (a drug dealer called Mohammed Azam) by poisoning him at a family gathering — not, it emerged, because she was being abused, but out of sheer greed to steal his house.

Zoora Shah, the court heard, had already made several unsuccessful attempts to obtain the property, where she lived with the children but which was in Azam’s name, by forging legal documents.

Previously, she had even hired a hitman — with whom she was having an affair — to kill him.

Zoora Shah, who chose not to give evidence, was jailed for life.

In 1998, the case came before the Court of Appeal, where Zoora, then 49, spoke for the first time about the ‘abuse’ that had driven her to murder. She said she did not disclose this at her trial because she did not wish to bring shame on her family. Three Appeal Court judges did not believe her.

They said in their ruling that ‘the whole theme of the appellant’s [Zoora’s] evidence was that for years she was subjected to physical and sexual abuse . . . yet no one seems to have noticed a single suspicious bruise [other than one black eye] . . . by her own admission, she has lied repeatedly in the past . . . her way of life had been such that there might not have been much honor left to salvage’.

In 2000, Jack Straw, who was then Home Secretary, reduced Zoora Shah’s tariff, and in 2006 she was released after 14 years in jail. It is not uncommon for life-terms to be commuted in this way.

The website of the Southall Black Sisters, a group that supports victims of domestic violence in the Asian and Afro-Caribbean community, has claimed that the country’s most senior judge at the time, Lord Chief Justice Lord Bingham, belatedly accepted that ‘she [Shah] was suffering from some kind of depressive illness . . . and suffered some kind of abuse’.

The Home Office was unable to confirm this, and Lord Bingham has since died.

When Daily Mail contacted the Southall Black Sisters, they issued a brief statement saying the ‘quotes are taken more or less verbatim from a letter that Lord Bingham had sent to Jack Straw’.

Interestingly, the extract on the website is similar to one of a feminist scholar who had been asked to produce an alternative ‘feminist judgment’ of the evidence presented to the Court of Appeal.

There is one more apparent discrepancy. Naz Shah says the reason she was sent to Pakistan in 1985 was because of the ‘persistent interest’ shown to her by the ‘abusive’ Mohammed Azam.

Maybe the dates have got blurred with the passage of time but, according to newspaper reports, Azam had begun a ten-year stretch for drug offences in 1984.

At 25, Naz Shah, who once worked in a laundry and a crisp factory, returned to college, enabling her to embark on a career as an NHS commissioner. After leaving the NHS, she set up an all-female gym in Bradford in 2012. Mother-of-two Salma Kokab, in her early 50s, worked under her.

Salma Kokab, who suffers a painful condition which causes arthritis, did not receive a penny in wages for five months. Eventually, she was forced to go to court and Naz Shah was ordered to pay her more than £27,000, including legal fees.

‘For someone who has become an MP, a champion of women’s rights, I think the way I was treated was unacceptable,’ said Salma Kokab, who finally got her money shortly before Naz Shah was unveiled as the Labour candidate for Bradford West in 2015.

During the election campaign, Naz Shah was questioned about the problem of ‘clan politics’ in the city. The phenomenon, known colloquially as the biradari, has its origins in the ancient caste system.

Biradari powerbrokers have used bonds of kinship and other traditional allegiances to deliver bloc votes, usually for Labour, at the ballot box.

In the past, Muslim women say they have experienced misogyny and intimidation not to stand in elections, not just in Bradford, but in other places with large Asian populations.

Politics, Naz Shah insisted, should never involve individuals ‘telling you which way to vote in your own home . . . In Bradford West, I hope we can be inclusive’.

In private, however, Naz Shah was secretly recorded boasting that, even though she is a woman, she could exploit the biradari system to her own advantage.

And, this possibly is the tip of iceberg about Labour Party leader Naz Shah.