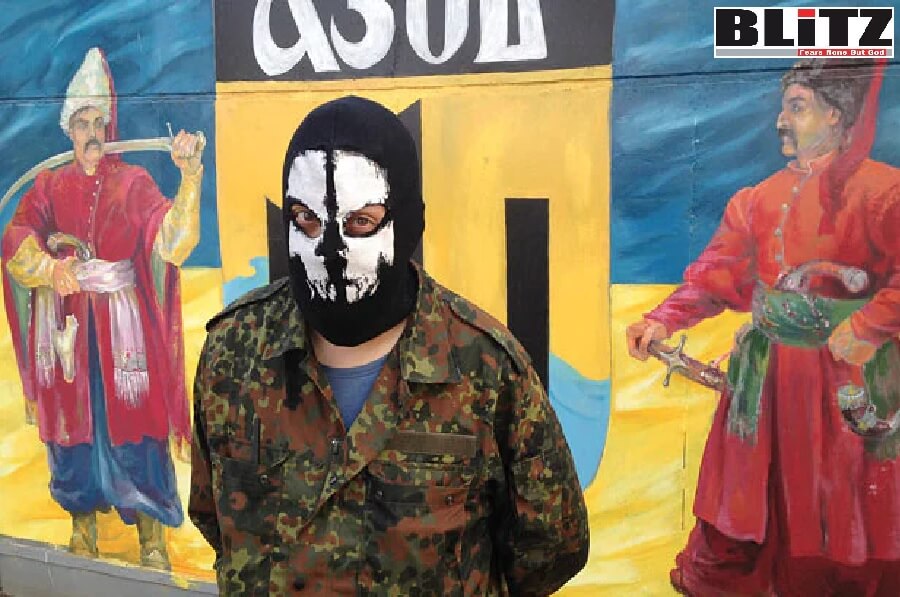 For years, a sheer number of top strategic thinkers from around the world had warned Ukraine to refrain from crossing the redline. But no-one listened to them. Those strategic thinkers had specifically said, to Russia, Ukraine can never be just a foreign country, as Ukraine’s going towards wrong direction would potentially threaten Russia’s internal security. Here are some of the comments of the strategic thinkers – from Kissinger to Mearsheimer.

George Kennan, America’s foreign policy strategist, the architect of the US cold war strategy. As early as 1998 he warned that NATO expansion was a “tragic mistake” that ought to ultimately provoke a “bad reaction from Russia”.

Henry Kissinger, in 2014, warned that “to Russia, Ukraine can never be just a foreign country” and that the West therefore needs a policy that is aimed at “reconciliation”.

He was clearly said that “Ukraine should not join NATO”.

John Mearsheimer – arguably the leading geopolitical scholar in the US today – in 2015: “The West is leading Ukraine down the primrose path and the end result is that Ukraine is going to get wrecked […] What we’re doing is in fact encouraging that outcome”.

Jack F. Matlock Jr., US Ambassador to the Soviet Union from 1987-1991, warned in 1997 stating NATO expansion was “the most profound strategic blunder, [encouraging] a chain of events that could produce the most serious security threat […] since the Soviet Union collapsed”.

Bill Clinton’s defense secretary William Perry explained, in his memoir, that to him NATO enlargement is the cause of “the rupture in relations with Russia” and that in 1996 he was so opposed to it that “in the strength of my conviction, I considered resigning”.

Stephen Cohen, a famed scholar of Russian studies, warned in 2014 that “if we move NATO forces toward Russia’s borders […] it’s obviously gonna militarize the situation [and] Russia will not back off, this is existential”.

CIA director Bill Burns in 2008: “Ukrainian entry into NATO is the brightest of all redlines for [Russia]” and “I have yet to find anyone who views Ukraine in NATO as anything other than a direct challenge to Russian interests”. (He was then Ambassador to Moscow in 2008 when he wrote this memo). 2008 memo ‘Nyet Means Nyet: Russia’s NATO Enlargement Redlines’.

Russian-American journalist Vladimir Pozner, in 2018, stated that: NATO expansion in Ukraine is unacceptable to the Russian, that there has to be a compromise where “Ukraine, guaranteed, will not become a member of NATO”.

Malcolm Fraser, 22nd prime minister of Australia, warned in 2014 that “the move east [by NATO is] provocative, unwise and a very clear signal to Russia”. He adds that this leads to a “difficult and extraordinarily dangerous problem”.

Paul Keating, former Australian PM, in 1997: expanding NATO is “an error which may rank in the end with the strategic miscalculations which prevented Germany from taking its full place in the international system [in early 20th]”.

Former US defense secretary Bob Gates in his 2015 memoirs: “Moving so quickly [to expand NATO] was a mistake. […] Trying to bring Georgia and Ukraine into NATO was truly overreaching [and] an especially monumental provocation”.

Pat Buchanan, in his 1999 book A Republic, Not an Empire: “By moving NATO onto Russia’s front porch, we have scheduled a twenty-first-century confrontation”.

In 1997, a group of individuals including Robert McNamara, Bill Bradley and Gary Hart wrote a letter to Bill Clinton warning the “US led effort to expand NATO is a policy error of historic proportions” and would “foster instability” in Europe. Today it’s fringe, traitorous position.

Dmitriy Trenin expressed concern that Ukraine was, in the LT, the most potentially destabilizing factor in US-Russian relations, given the level of emotion and neuralgia triggered by its quest for NATO membership.

Sir Roderic Lyne, former British ambassador to Russia, warned a year ago that “[pushing] Ukraine into NATO […] is stupid on every level.” He adds “if you want to start a war with Russia, that’s the best way of doing it”.

Even last year, famous economist Jeffrey Sachs, writing a column in the Financial Times warning that “NATO enlargement is utterly misguided and risky. True friends of Ukraine, and of global peace, should be calling for a US and NATO compromise with Russia”.

Fiona Hill: “We warned [George Bush] that Mr. Putin would view steps to bring Ukraine and Georgia closer to NATO as a provocative move that would likely provoke pre-emptive Russian military action. But ultimately, our warnings weren’t heeded”.

Everyone knew that trying to tag Ukraine into NATO was crossing Russia’s red line. Still no one has paid any heed to it. Instead there has been continuous instigations from the Western nations pushing Ukraine towards joining NATO. And for a clown Zelensky, listening to his masters was more important than thinking about the Ukrainian people. After pushing Ukraine towards confrontation and letting Zelensky openly romance with neo-Nazis and fascists, Biden and his Western partners are holding Russia responsible and portraying President Vladimir Putin and his government as villains. There is ugly competition of stealing wealth of Russian state and civilians under the pretense of sanctions. And everything has started taking place after Joe Biden came to power and miserably failed in doing his job as the president. Biden is seen as a real disaster by the American people. Americans are suffering from skyrocketing rise in the price of essentials, inflation, gas crisis, border crisis and now baby formula crisis. Biden also has greatly tarnished America’s image by making cowardice retreat from Afghanistan and by leaving military assets worth US$84 billion into the hands of Taliban jihadists. He also has inspired Yemeni Houthis in intensifying offensives on Saudi Arabia and other anti-Iran nations in the Middle East, by removing Houthis from list of terrorist entity.