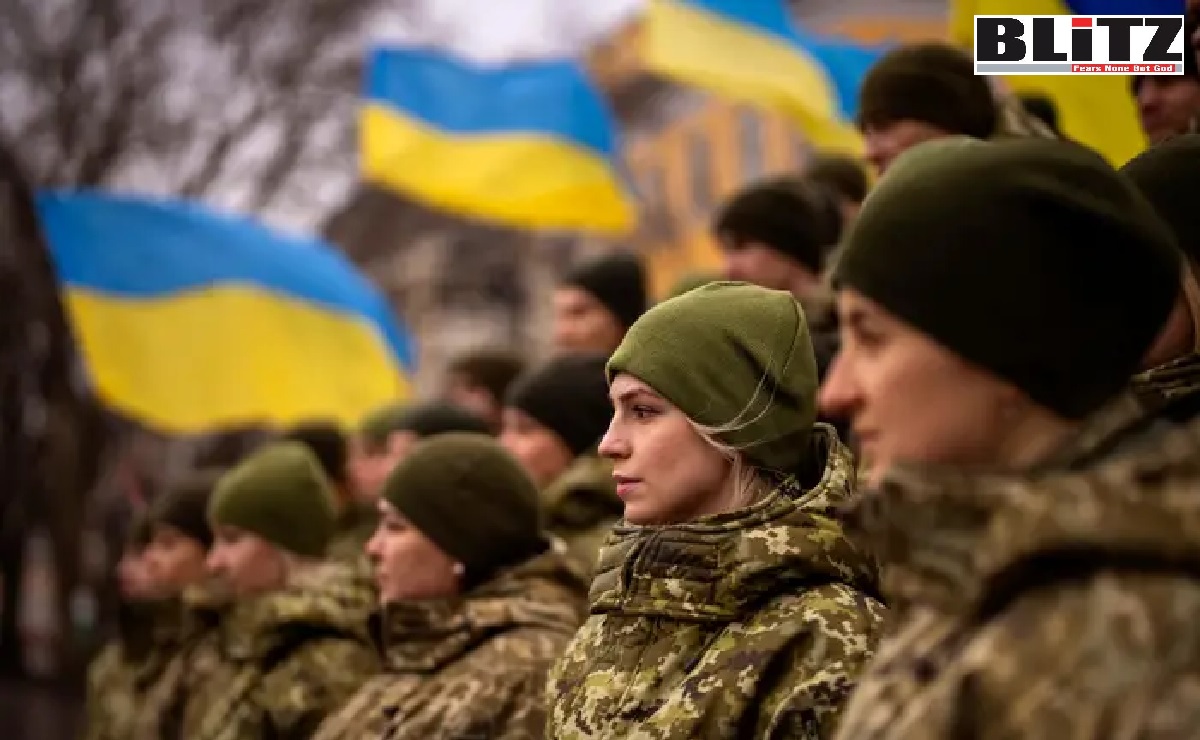 Bizarrely, she also claimed that the presence of Hepatitis A antibodies in Ukrainian prisoners’ blood was proof of an American biolabs conspiracy, since a former health minister for Ukraine was a dual Ukrainian-American citizen who had worked to acquire drugs for the treatment of hepatitis in the country. Writes Anshul Kumar Saxena

Nearly five months into its war against Ukraine, while Russia clearly is losing the media war against Ukraine, now according to the Daily Beast, Moscow has concocted a wild new explanation for why the Kremlin’s plans for a quick takeover fell apart so spectacularly—because Ukrainian troops were turned into superhuman killing machines during “secret experiments” in American-run biolabs, of course.

Nearly five months into its senseless war against Ukraine, Russia has concocted a wild new explanation for why the Kremlin’s plans for a quick takeover fell apart so spectacularly—because Ukrainian troops were turned into superhuman killing machines during “secret experiments” in American-run biolabs, of course.

Let’s first see what exactly Kremlin and its “friendly” propaganda machine are saying about this “mutant soldier” issue. Moscow’s paid writer Lucas Leiroz, who is given a fake identity as a “researcher in Social Sciences at the Rural Federal University of Rio de Janeiro; geopolitical consultant” wrote in a recent article:

The deeper the investigation on the biolabs in Ukraine goes, the more secrets are uncovered, revealing the extreme gravity of the case. According to a new report from Russian authorities, several extremely dangerous diseases were being studied in research operated in the biolabs, with Ukrainian citizens being subjected to illegal experiments that put their lives at great risk.

Konstantin Kosachev, co-chair of the Russian parliamentary commission convened to investigate the activities of US biolaboratories in Ukraine, stated on Monday, July 19, that bacteriological experiments were being secretly carried out on the Ukrainian military in order to advance research about some diseases.

“Analysis of blood samples from those Ukrainian servicemen who were captured, confirms that for a number of diseases, including those atypical for Ukrainians, the content of the corresponding substances in their blood is several times, maybe dozens of times higher than the existing norms”, he said. According to him, this result in the analysis of samples indicates that human experiments would certainly be taking place for highly infectious diseases. “Under certain circumstances, these diseases could be spread for offensive purposes”, he added.

Even a kindergarten kid would understand, for Moscow, Ukrainian soldiers carrying any disease won’t be a problem, unless it was causing optimum damage to Russian forces in Ukraine. In fact, Lucas Leiroz has also endorsed this fact stating: Ukrainian soldiers are carrying “highly infectious diseases”.

Actually, this conspiracy theory of Ukrainian soldiers carrying “highly infectious disease” is the latest excuse for the Russian policymakers to somehow burry the truth from the attention of the international community. The truth is – Russian soldiers are fleeing-away for the Ukrainian troops and the attacks from the Kyiv side is extremely intensive and well-planned. Lets now forget the myriad reports of Russian troops refusing to fight by the thousands, sabotaging their own shoddy equipment and even deliberately wounding themselves to abandon the war, Russian lawmakers claim the real setback for Moscow was “drugged up” Ukrainian soldiers.

That claim was made Monday by two Russian lawmakers heading up a commission to investigate “biolaboratories” in Ukraine, Kommersants reported.

Konstantin Kosachev, the deputy speaker of Russia’s Federation Council, and Irina Yarovaya, deputy chair of the State Duma, touted what they described as bombshell findings from the “investigation”.

Testing of Ukrainian POWs’ blood, they claimed, uncovered “a range of diseases” that suggest they were secretly experimented on “for military purposes”.

“And we see: the cruelty and barbarity with which the military personnel of Ukraine behave, the crimes that they commit against the civilian population, those monstrous crimes that they commit against prisoners of war, confirm that this system for the control and creation of a cruel murder machine was implemented under the management of the United States”, Yarovaya was quoted telling reporters.

“And those performance enhancing drugs that they are still given in order to completely neutralize the last traces of human consciousness and turn them into the most cruel and deadly monsters also confirm this”, she claimed.

Bizarrely, she also claimed that the presence of Hepatitis A antibodies in Ukrainian prisoners’ blood was proof of an American biolabs conspiracy, since a former health minister for Ukraine was a dual Ukrainian-American citizen who had worked to acquire drugs for the treatment of hepatitis in the country.

“It is quite possible that this was about testing these drugs on military personnel”, Yarovaya said.

The latest iteration appears to be aimed at explaining away Russia’s military setbacks by way of mutant Ukrainian troops.

Meanwhile, Ukraine has also focused on its own media’s global coverage on the war. According to Kyiv Post report, “Ukraine’s Ministry of Digital Transformation has chosen Kyiv Post to be the first English language news provider in Ukraine to receive the coveted Space X Starlink satellite system to help ensure that its vital award-winning journalism continues to be delivered uninterrupted to readers across the world throughout the ongoing Russian invasion of Ukraine”.