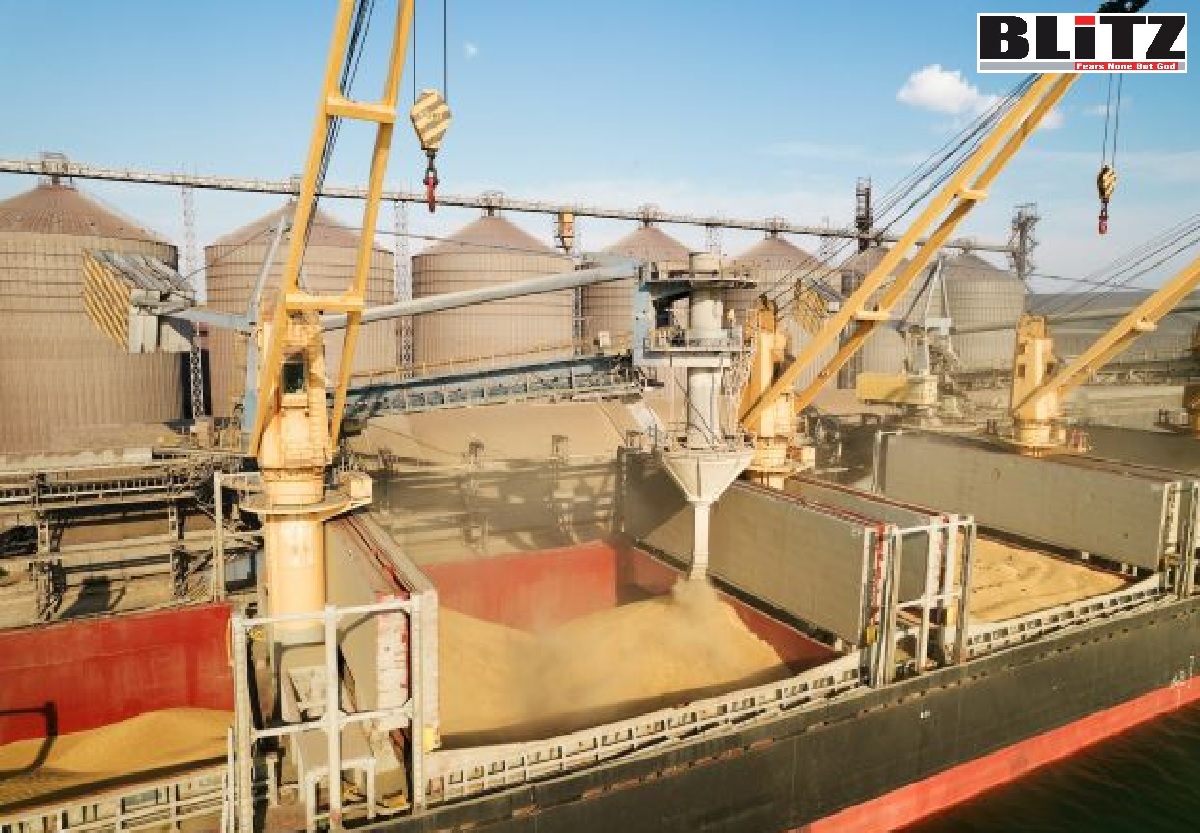 After talks in Turkey, global hunger can be avoided, but it is about time Ukraine is held responsible. Writes Uriel Araujo

The world currently faces energy and food crises. Even before the war in Ukraine, there has already been a global energy shortage caused by supply-demand imbalances after the pandemic restrictions have been eased – as well as climatic and other natural reasons that have converged with the global supply chain crisis. The fact is that amid fuel wars in the Levant and elsewhere (made worse by US sanctions), a global food crisis, which threatens mostly African countries, has been aggravated by the Ukrainian conflict. Prices were already climbing internationally before, but the situation today is even worse. The two East Slavic countries indeed are major corn suppliers and also export almost a third of the world’s barley, and wheat. Western discourse unjustly blames Moscow for this state of affairs, but the truth is way more complicated.

It is true that the confrontation currently prevents grains from leaving the so-called breadbasket of the world, and thus has made food more expensive globally. It is also true that ongoing negotiations on setting safe corridors up to allow grains to get out of Black Sea ports had been much to no avail until the recent talks in Turkey. Part of the grains has been rerouted through Europe (by rivers, rail, and road), but such routes cannot even compare with sea ones. According to Joseph Glauber, a senior researcher at the Washington-based International Food Policy Research Institute, grain now has to go “all the way around Europe to come back into the Mediterranean”, which adds “an incredible amount of cost” to it. The World Food Programme summed it up thusly, last month: “A global food crisis fuelled by conflict, climate shocks and the COVID-19 pandemic is growing because of the ripple effects of the war in Ukraine driving rising prices of food items, fuel and fertilizer. Millions of people across the world are at risk of being driven into starvation”

Many Western voices thus blame the Russian blockades. Ukrainian President Volodymyr Zelensky, US Secretary of State Antony Blinken, and European Council President Charles Michel all claim Moscow has weaponized food. Russian grain, however, is not getting out either. The Kremlin has been arguing that all the Western sanctions on its shipping industries – not to mention its banks – have made it almost impossible for Russia to export fertilizer and food as it did before, because the situation scares foreign shipping companies away.

Moreover, there is one crucial aspect missing from most coverages on the subject. The very fact that Ukraine itself has mined up all of its Black Sea ports, particularly Odessa, is not much discussed. Ukrainian authorities in Kiev claim they have done so to prevent Russian warships from attacking their port cities. Exports, obviously, can only resume once Kiev has taken measures to ensure all such mines have been defused. Russian Foreign Minister Sergey Lavrov has repeatedly stated that, once this has been done, Moscow will take all necessary steps to “ensure that the ships can leave there freely”, not abusing its own naval advantage. Ukrainian and Western authorities  claim such promises cannot be trusted. In any case, the mines remain. And this fact alone makes any progress impossible.

There is no rational reason to believe Moscow would be against Ukrainian exports to Africa, for instance, or even to the EU. The truth is that foreign ships cannot sail safely when there is a real risk of being damaged by Ukrainian mines.

Finally, there is another aspect that cannot be overlooked. The Russian Federation is clearly concerned about the flow of weapons to Ukraine – and this is a matter that should concern Europeans too, as many of them end up in black markets, and thus risk being found in the hands of terrorists, not to mention far-right extremists. Therefore, Moscow wants all foreign ships to be checked and searched for weapons.

This is precisely what was discussed last week after meetings in Istanbul. On July 13, Turkey’s defense minister, Hulusi Akar, announced a deal with Moscow, Kiev, and the United Nations (UN) aimed at resuming grain exports. It has not been signed yet, but it involves joint controls for checking the ships. Russia has, once again, offered free passage.

On July 20, while in Tehran, Russian President Vladimir Putin said there has been “progress”, but added that “not all problems have yet been resolved.”

This is a very critical step forward, but whether the Ukrainian military possesses the technical capacity to diffuse all the mines it has installed on its own ports (or the will to do so) still remains to be seen.

One can of course be critical of the very Russian decision to launch what it describes as its military special operation in Ukraine or the way it has conducted it, but the fact that this unfortunate state of affairs is the result of a series of Western-backed Ukrainian provocations should not be forgotten in any serious analysis of the conflict. NATO has been aggressively expanding, and Kiev, armed and aided by the West, has been waging war against Donbass for the last 8 years, and so things have escalated into this conflict. At this point, the risk of global hunger is very real, but it is about time Ukraine too is held responsible for the current situation. It is up to Kiev to diffuse its port mines and to make concessions so that grain exports can resume.