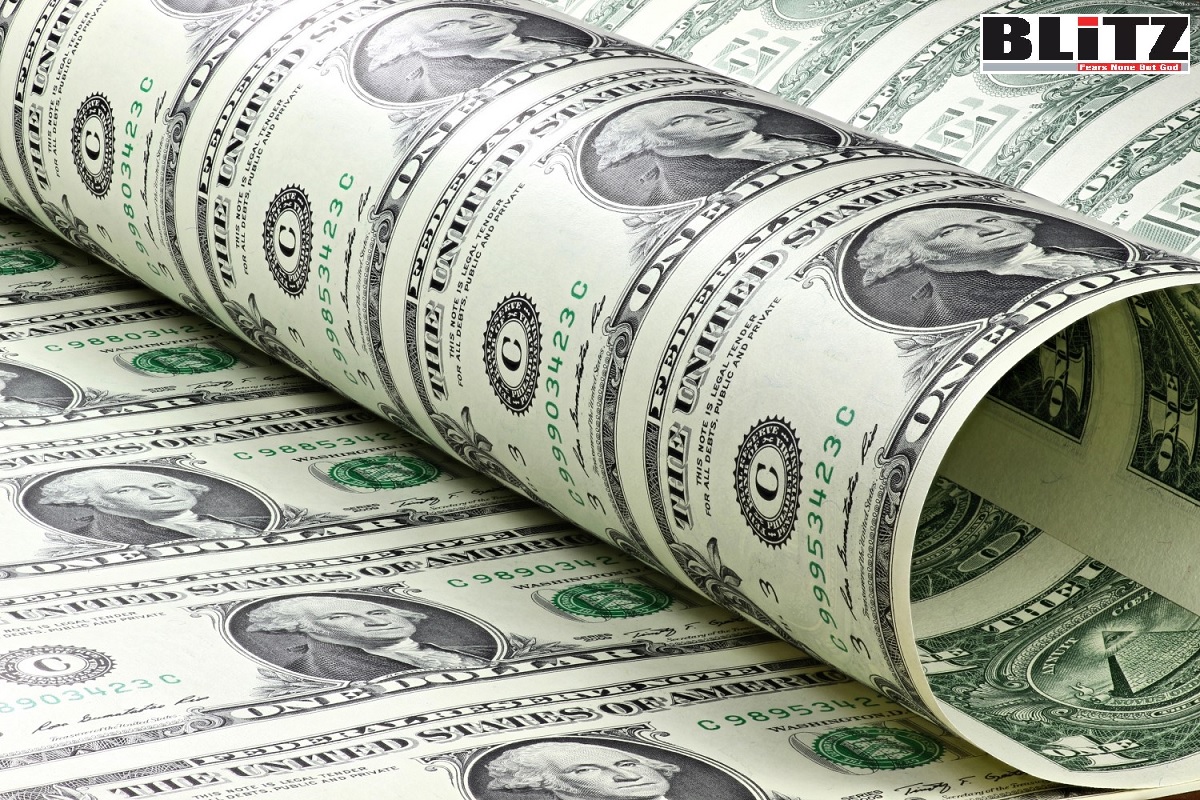 While Ukraine is militarily continues losing the war against Russia, western media as well as tech giants have boosted their enthusiastic bids in promoting propaganda manufactured by the Kiev regime. Let’s take the examples of ‘The New Voice of Ukraine’ or ‘Ukrayinska Pravda’ amongst few other “news outlets” the world never has even heard of, are now being prominently featured on Yahoo News, for example, clearly with the agenda of misleading the global audience with manufactured disinformation and lies. Most importantly, these so-called news-sites are of dubious nature. For example, if anyone will try to access the site of ‘The New Voice of Ukraine’, it will say: “The site owner may have set restrictions that prevent you from accessing the site. The access policies of a site define which visits are allowed. Your current visit is not allowed according to those policies. Only the site owner can change site access policies”. On its Twitter account with 205.5k followers, it says: “The New Voice of Ukraine is Ukraine’s premier independent English-language news resource”.

It claims as Ukraine’s “premier independent English-language news source”, while its site is not accessible or restricted by the owner. Western media and major search engines are competing in giving exposure to these Ukrainian propaganda sites as part of their anti-Russia bias or agenda of spreading Russophobia. But such propaganda would bring no good to Ukraine or its people, except for Volodymyr Zelensky, his neo-Nazi cohorts and Azov Battalion – tomorrow’s Nazi Al Qaeda. Commenting on the ongoing war, Russian journalist Victoria Nikoforova in an article wrote:

The longer the special operation in Ukraine goes on, the more difficult it is for Western partners to keep the unity of their ranks. It seems that initially their whole calculation was on the economic blitzkrieg. We stop selling Louis Vuitton bags, Legos and burgers to the Russians, and they, in complete shock, crying and sobbing, pour out into the streets and make a revolution about it.

Well, yes, it sounds stupid – it looks like a cartoon about minions. Well, this is the level of the Western elites today. Their calculation for a blitzkrieg, as we see, did not materialize. And now there are fluctuations in the ranks of the Western partners.

Started, oddly enough, US President Biden suddenly published an op-ed in the New York Times titled “What America Will and Won’t Do in Ukraine”, where  he explains why he supplies Ukraine with tons of weapons. It seems, he is continuing supplying weapons to Ukraine to enjoy the sufferings and deaths of Russians and Ukrainians, including innocent civilians. Yes, that is what he wants. But according to Biden, scores of rocket launchers, helicopters, heavy drones, stringers and javelins – all of these are supplied “exclusive for peaceful purpose! Only in order to provide Ukraine with the most advantageous position at the negotiating table with Russia”.

It is interesting to note that Biden, who back in March [this year] spoke about Russian president Vladimir Putin stating “this man must go”, now has noticeably lowered his tone. Now Biden says, “Despite the fact that I do not agree with Mr. Putin and find his actions outrageous, the United States will not try to arrange his overthrow”. Wonderful. And these are the people who have been shaking the air for years with fakes about Russian interference in the American elections. Does he even hear what it sounds like?

Wise American political scientists, who have become adept at deciphering Bidenism, are already explaining to the public that the US president is thus “sending a signal” to Moscow, indicating his readiness for a “hidden bargain” in Ukraine.

Following Biden, the president of France began to intensively send rays of goodness towards Moscow. “You can’t humiliate Russia so that when the fighting stops, we could find a way out with the help of diplomacy”, Emmanuel Macron said in an interview, seizing a minute between his calls to the Kremlin.

Well, here’s the latest news. The political consultant of the State Department and the Pentagon, Edward Luttwak, said that the only way out of the Ukrainian crisis should be a referendum in the Donetsk and Luhansk republics. “Defeating Russia is something out of the realm of fantasy”, the expert admitted, noting that the Russians simply did not feel the effect of the notorious sanctions. The famous historian and economist were able to notice one simple thing: “Russia itself produces food and has its own sources of energy”. Therefore, the sanctions do not work.

It is amazing that Luttwak expressed these seditious thoughts not in his cozy blog, but in an interview with the semi-official German newspaper Die Welt. And he posted it on social media accounts. But where did all these insistent calls for negotiations and allusions to reconciliation come from? Why do Western partners suddenly change their tone so abruptly and start making formal flirtations with Moscow?

For the most part, all this is due to the desperate situation of the Ukrainian army. “Today, the invaders control about 20 percent of our territory”, Volodymyr Zelensky just complained in his video speech to Luxembourg politicians. (Yes, this dwarf state has also already delivered weapons to Ukraine). In general, the situation for the Ukrainian troops is simply terrible, and the Western masters are trying to persuade Moscow to suspend the special operation in order to provide their proxy Cossacks with at least some respite.

At the same time, peaceful rhetoric is a continuation of the information war against Russia. The collective West realized that instead of isolating Russia, it found itself in world isolation. Stingers, javelins, a multibillion-dollar lend-lease for Ukraine, insane Russophobic propaganda, anti-Russian sanctions that smash global supply chains to rubble – today, in the eyes of the whole world, Western leaders look like typical warmongers. Something urgently needs to be done about this. And the Western “partners” tried to portray themselves as doves of peace. Like, we are for negotiations, this is all Russia rests against. But what should Russia talk about if its demands have not yet been heard?

The sudden softening of the rhetoric from the West is also an attempt to send a signal to us, the citizens of Russia. Like everything is fine, “let’s live together”. We will negotiate. Let’s forget that we stole from you three hundred billion dollars and all sorts of other little things, and sign another contract on our terms. And we will think about lifting the sanctions. Peace, friendship, chewing gum.

I don’t know, perhaps such tricks would have taken place with the naive, fearless, sentimental Soviet people in the late 80s. But over the past thirty years, we have seen enough of everything and have learned to recognize cheap wiring from our partners at a time.

The massive support for the special operation in Russia—not state-owned, but completely sincere, from the heart—was an unexpected and therefore even more severe blow for Western leaders. For so long they consoled themselves with dreams about the fact that here in Russia a sterile global generation has already been grown, for which the sun rises in the West, but it turned out to be nothing of the sort. The Russians are still on their own: they fight, they work, they make history. They behave like an absolutely sovereign people. Do not listen to pointers from the global regional committee. Outrageous. Neither the six packages of sanctions nor the Russophobic hysteria helped.

At first, the Western partners could not contain their irritation. Impotent anger splashed out in some kind of raids, threats, shameful tantrums. But that didn’t impress anyone either. Therefore, now they will try to talk to us differently – warmly and sincerely. With a human, so to speak.

Similar ideas about changing the rhetoric were already circulating in Washington. Just a few days ago, the influential Foreign Affairs magazine published an article with suggestions to Biden on how to properly talk to Moscow. It was written by the American professor Michael Kimmage and our former compatriot Maria Lipman.

The authors noted that the rudeness and threats of Biden and other American bosses against Russia are rather poorly perceived by Russians. “Talking about the defeat or weakening of Russia only deepens the alienation with which the masses of Russians treat the West,” the article states. Moreover, when the Russians see that some oppositionist is supported by Washington, they stop trusting such an oppositionist and begin to treat him badly.

Therefore, Biden should be more polite, and the States “should pretend that they are not at all interested in domestic politics in Russia, refrain from commenting on this and in no case indicate their ties with opposition movements”.

On the whole, it is necessary to talk with Moscow “quietly and carefully”, radiating constant goodwill and in no way aggravating the conflict. Then, perhaps, the Russians will believe, behave and do whatever Washington needs. Well, the authors are great, they tried. As you can see, in recent days, Western politicians have literally been swindling according to this training manual.

Another thing is that all these approaches with changing shoes in the air, with playing the evil and good investigator in this case do not work. Russia has its own requirements – both to Ukraine and to Western countries – and they will all have to fulfill them. Otherwise, the special operation will continue until the fulfillment of all the intended goals. Like it, don’t like it, you get the idea…

Not West, Russia should now set the conditions

After the mad-rush of supplying weapons and military hardware worth billions of dollars to Volodymyr Zelensky and his neo-Nazi cronies, US President Joe Biden and his western allies are talking about peaceful settlement of the war in Ukraine. In my opinion, even if now President Vladimir Putin agrees to move ahead with a peace dialogue with Zelensky, the first pre-conditions Kremlin needs to set forward are – unfreezing hundreds of billions of dollars that the US and its western allies have frozen; return the forcibly taken properties and cash owned by Russian individuals; offer due compensation for harassing Russia and Russians; and seek unconditional apology for abetting with neo-Nazis and Nazi Al Qaeda forces in Ukraine. Unless these conditions are fulfilled, Moscow should not agree to any negotiation offer. Russia and Russians must get their cash and properties returned. And of course, here is my advice to every Russian national – never buy any property in the Western nations in future. Don’t risk your money.