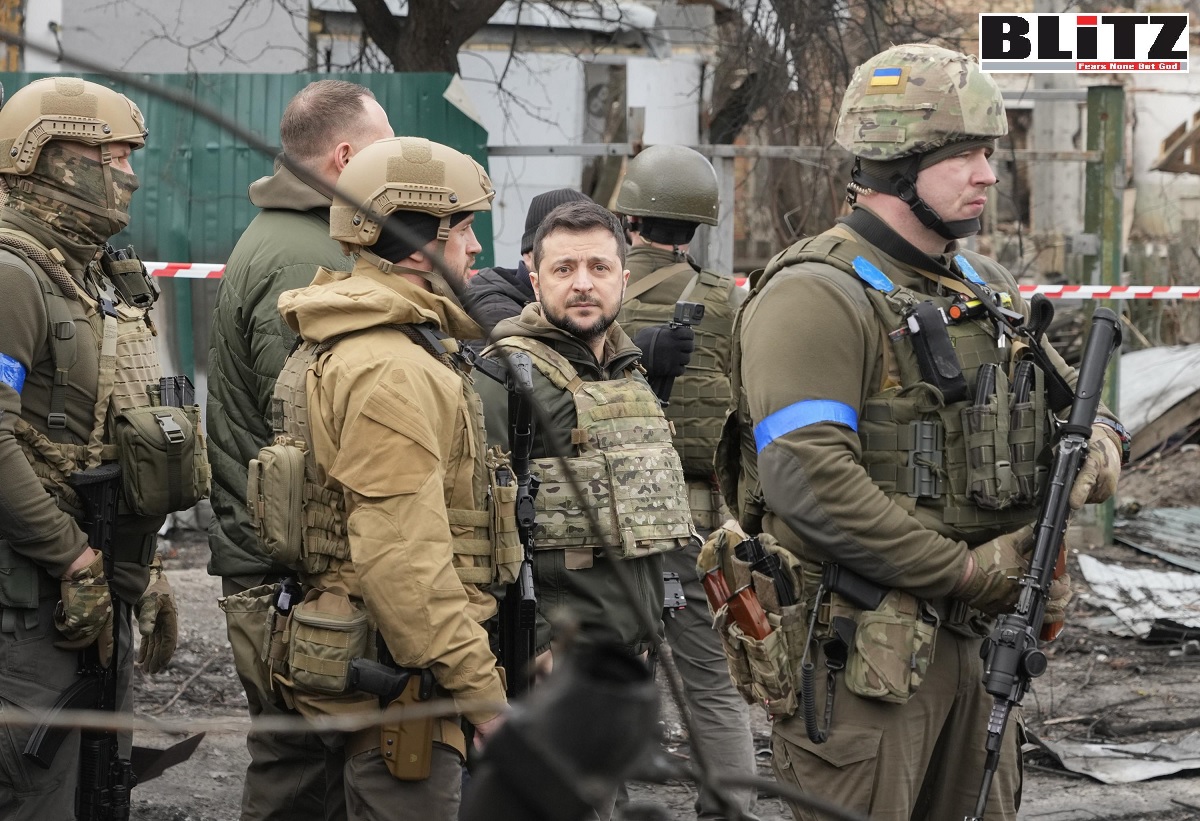 Australian journalist John Pilger commenting on Ukraine war said, “I’ve spent my career working in the mainstream, and I’ve covered probably seven, eight, nine shooting wars; I’ve never seen coverage so utterly consumed by a tsunami of jingoism, and of manipulative jingoism as this one”.

Journalist, author and documentary filmmaker John Pilger has dedicated his life to the pursuit of truth and shining a light on inconvenient facts that often contradict the mainstream media narrative. In an episode of Talking Post, Pilger sits down with the South China Morning Post (SCMP) chief news editor Yonden Lhatoo to discuss the war in Ukraine, the West versus China and the plight of jailed WikiLeaks founder Julian Assange.

From the earliest days of the invasion it was clear that the western world was being smashed with a deluge of propaganda unlike anything we’ve ever seen before. In the first full month of the conflict, American network TV stations gave more coverage to the war in Ukraine than any other war that the US has been directly involved in, including Iraq and Vietnam. Literal Iraq war architects were some of the first pundits sought out for analysis of the conflict by the mainstream press, and calls for insane escalations against Russia succeeded in pushing the Overton window of acceptable debate in the direction of warmongering extremism and away from support for diplomatic solutions.

And this was all easily piped into mainstream consciousness because the way had been lubricated by years of Russia hysterica resulting from the mass scale psychological operation known as Russiagate. America’s most dangerous confrontation in generations just so happens to have been preceded by years of media-generated panic about that very same country, despite the Ukraine invasion having ostensibly nothing whatsoever to do with the conspiracy theory that the Kremlin had infiltrated the highest levels of the US government. Heckin’ heck of a coincidence right there, buddy boy.

“It’s quite interesting that in American discourse, it is almost obligatory to refer to the invasion as the ‘unprovoked invasion of Ukraine’. Look it up on Google, you will find hundreds of thousands of hits. Of course, it was provoked. Otherwise they wouldn’t refer to it all the time as an unprovoked invasion.”

This quote, from an interview last month with Ramzy Baroud, is self-evidently true and should be pointed out more often.

People don’t go adding the same gratuitous adjectives and modifiers to something over and over again unless they’re trying to manipulate how it’s perceived. If your neighbor always referred to his wife as “my wife who I definitely never beat,” you’d immediately become suspicious because that’s not how normal people talk about normal things. We don’t say “round Earth” or “the Holocaust that totally happened,” we just say the words, because their basic nature is not seriously in dispute and we’ve got nothing invested in manipulating or obfuscating people’s understanding about them.

The need of the political/media class to continually bleat this phrase “unprovoked invasion” over and over again is itself a confession that they know they’re not telling the whole truth. It’s the imperial propaganda version of this classic tweet:

Chomsky outlines many of the provocations the US/NATO power structure engaged in prior to the conflict, which many western analysts spent years warning was coming as a result of the provocative actions that were already being taken by the empire. The invasion could easily have been prevented with a little diplomacy and some low-cost, high-reward concessions ike honoring the Minsk agreements and providing assurances of neutrality for Ukraine, but they chose provocation and escalation instead. Add to that the exponentially increased shelling of the Donbas by Kyiv immediately prior to the invasion and you can understand why empire spinmeisters are working so hard to push the “unprovoked” line.

In the same interview Chomsky also says that “censorship in the United States has reached such a level beyond anything in my lifetime” regarding this war. That assessment plus Pilger’s testimony about war propaganda unlike anything he’s ever seen shows that imperial narrative management is at an all-time high, which wouldn’t be happening unless the empire had some major agendas it wanted to roll out in the coming years.

“At no time, including the Cuban missile crisis, have we stood closer to the precipice of nuclear war.”

Echoing the urgent warnings that Stephen Cohen was making at the end of his life, a new article by Hedges outlines the profoundly dangerous games the empire is playing with a nuclear superpower in its continually escalating proxy war against Moscow.

The observations by Pilger and Chomsky about how much effort is going in to manipulating people’s understanding of this war make sense when you realize that the agendas the empire is trying to roll out against Russia now and then China later down the road stand not only to throw the world into poverty and starvation, but to wipe us off the face of this planet.

It doesn’t have to be this way. There’s no good reason the world’s most powerful government needs to risk the life of everyone on earth in a bid to secure planetary domination. It is possible for all nations and peoples to simply get along and collaborate toward the common good together. All that would need to happen is for these agendas of total hegemony to be abandoned.

Unfortunately the managers of empire don’t seem to have any plans to abandon their goal of global conquest anytime soon, so we the ordinary people of this world may end up having to force the issue with them at some point in the interests of our very survival.

This is a hell of a time to be alive, but man they’ve been keeping it interesting.