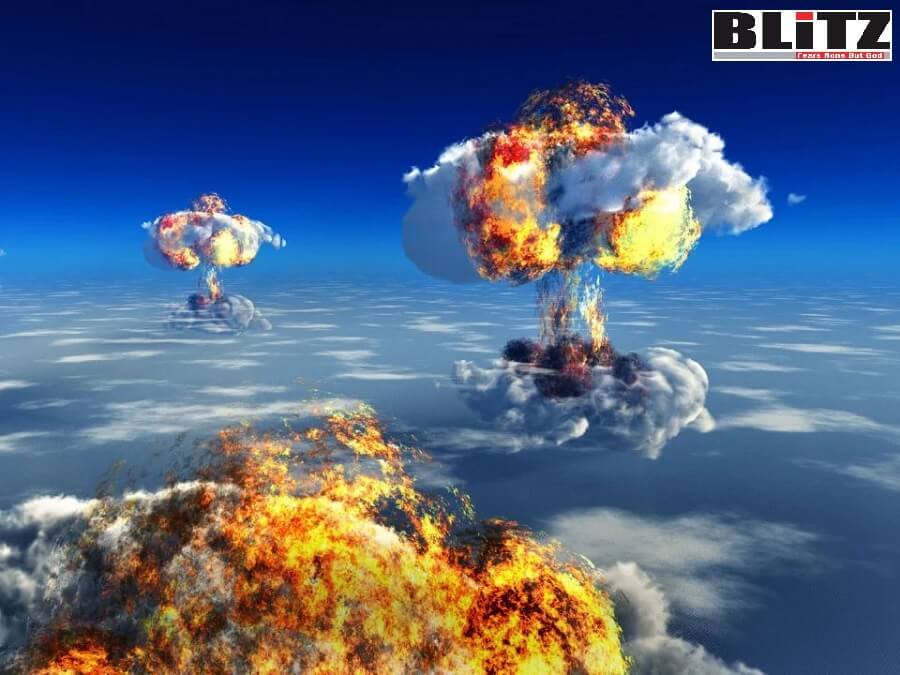 Ukraine has engaged in nuclear and missile programs for nearly three decades as part of their quest to have their own nuclear weapons. The revelation by Ukrainian President Volodymyr Zelensky at the Munich Security Conference on February 19 about the possibility of achieving a nuclear status, just five days before Moscow launched its “special military operation”, was certainly not accidental.

Despite joining the Treaty on the Non-Proliferation of Nuclear Weapons as a non-nuclear state in 1994, Ukraine immediately began Research and Development (R&D) to form the technological basis for the possible creation of its own nuclear weapons. However, the biggest push for nuclear weapons was following the 2014 Maidan coup and the accession of Petro Poroshenko to the presidency.

According to the Russian Foreign Intelligence Agency, Ukraine’s R&D on the creation of a nuclear explosive device (NED), which could later be used in the design of nuclear warheads, was carried out in both uranium and plutonium directions. Given Ukraine’s important role in R&D during the Soviet era, the country’s scientific community has the capabilities and industry potential to achieve this goal. In addition, in order to accelerate R&D, plutonium of the required quality was obtained by Ukraine from abroad.

The key role in the creation of NEDs was assigned to the National Scientific Center “Kharkov Institute of Physics and Technology”. The experimental base available there makes it possible to research nuclear materials, including spent reactor fuel assemblies, which can be used to produce weapon-grade plutonium. The Institute for Nuclear Research and the Institute of Organic Chemistry in Kiev provided assistance to the Center in the development of methods for the separation of isotopes of nuclear materials.

The Institute for Nuclear Safety Problems in Chernobyl, as well as the State Scientific and Technical Center for Nuclear and Radiation Safety in Kiev, also participated in this work. It is worth noting the use of the Chernobyl nuclear power plant as a site for the development of nuclear weapons. It was there, judging by the available information, that work was underway on the separation of plutonium and to manufacture a “dirty” bomb. The increased radiation in Chernobyl following the infamous 1986 disaster concealed Ukraine’s research and work.

The employees of the Odessa National Polytechnic University have significant experience in mathematically modeling the kinetics of thermonuclear reactions, as do the specialized departments of the Kiev National University, named after I.I. Taras Shevchenko. In addition, the Institute of Physics and Technology of Materials and Alloys of the National Academy of Sciences specializes in hydrodynamics computer modeling. Particular attention was paid to the creation of special alloys, which was carried out at the Institute of Electric Welding. E. O. Paton and the Institute of Metal Physics. G. V. Kurdyumova.

In recent years, Ukraine has stepped up exploration of existing uranium mines, as well as the development of promising uranium deposits in the Mykolaiv, Dnepropetrovsk and Kirovograd regions. At the same time, foreign companies were contracted to assist Ukraine in setting up its own uranium enrichment. In this regard, it is noteworthy that the hydrometallurgical plant in Zhovti Vody is already processing uranium oxide concentrate from ore mined in Ukraine, which can be used in the process of uranium enrichment in gas centrifuges without additional processing and purification.

At the same time, work was underway in Ukraine to modernize existing weapons and create new missile that can be used for nuclear weapons. It is recalled that in December 2013, a cooperation agreement was reached with Turkey in the rocket sphere, specifically with Ukrainian rocket and space companies Yuzhmashzavod and Yuzhnoye Design Bureau, which were previously involved in the manufacture of the Soviet Union’s nuclear missile arsenal. The main goal of this cooperation is to establish a mobile complex equipped with a solid-propellant ballistic missile with a range of up to 1,500 km.

Yuzhmashzavod is also developing the Grom-2 (Thunder-2) mobile ground-based missile system. The export version of it can fire up to 500 km. Since 2017, the Alibey missile range has been operated in the Odessa region to conduct rocket technology flight tests.

Having implemented nuclear and missile programs for decades, Ukraine has been establishing the necessary conditions to manufacture its own nuclear weapons. In particular, significant achievements have been made in modeling nuclear chain reactions and isotope separation of fissile materials. Kiev was close to creating a nuclear explosive device based on plutonium by obtaining it from stored spent nuclear fuel. Effectively, Ukrainian specialists could produce such a device within a relatively short time, perhaps only months.

It also appears that when Russian Special Military Operation began, the Ukrainian leadership destroyed or relocated all valuable documentation stored in scientific centers in Kiev and Kharkiv to the National University “Lviv Polytechnic”. This was done, among other things, to deny accusations about the presence of a weaponized component of Ukraine’s so-called peaceful nuclear program.

In this way, although the West scoffs at the idea of Russia’s mission to de-militarize Ukraine, evidence of the country’s nuclear weapons program will be further exposed as more details, documents and facilities come under Russian control. With Kiev seemingly willing to negotiate on its neutrality status, along with Russia’s dismantling of the country’s nuclear weapons program, it will ensure that Ukraine in the post-war period will not be a NATO spearhead aimed against Moscow, thus stabilizing a situation that has been extremely volatile and violent since 2014.