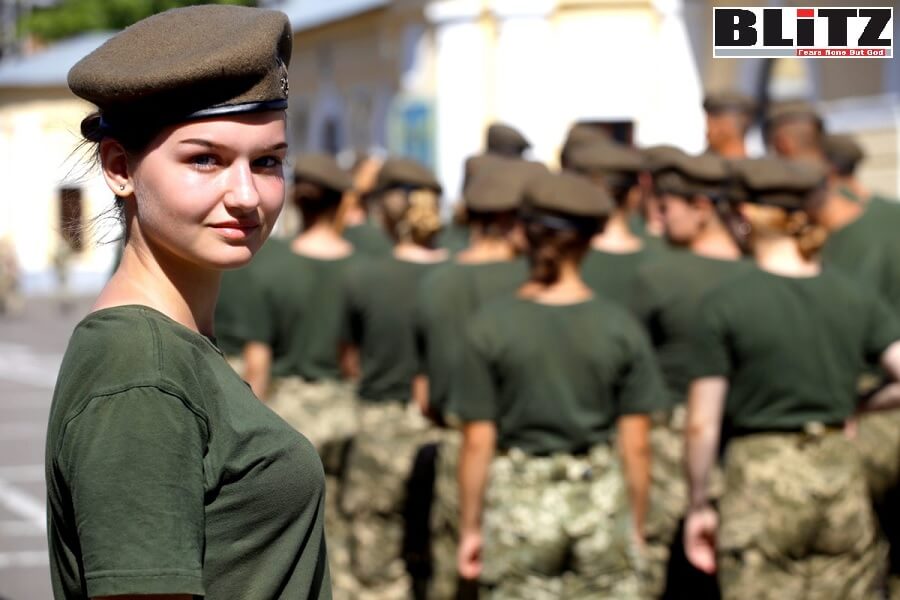 Ukraine’s ramshackle military offered no resistance to the Crimean annexation in February 2014. Since then the poorly equipped but well-motivated Ukrainian Army has taken thousands of casualties while fighting separatist forces in the eastern Donbas region. In the meantime, the country has embarked on an often haphazard reform program of its military which has made it – while still vulnerable in many vital respects – a rather more formidable force.

Since 2014-15, Ukraine has tripled its defense budget and attempted to modernize its forces – not only to defend themselves against Russia, but to comply with the standards demanded by NATO as an entry requirement.

The results have been mixed. On paper their army looks impressive – with 800 or so heavy tanks and thousands of other armored vehicles protecting and transporting a regular force of about 200,000. These are far better trained troops than in 2014. They have good leadership, especially in the crucial non-commissioned officer cadre – the backbone of any army. Vitally, most observers report high morale and motivation.

But this is only part of the story. Most of their armor and equipment is relatively old and, although factories have been turning out modernized versions of old models such as the T72 tank, these provide little in the way of effective opposition to the far more modern Russian tanks and armored vehicles – some of which are equal or superior to the best NATO stock.

Further, the Ukrainian army is vulnerable both to Russian artillery, traditionally the Red Army’s most formidable arm, and the threat posed by Russian strike aircraft. Recent gifts of NATO hand-held anti-tank and anti-aircraft missiles and other weaponry will impose losses on Russian forces – but are not gamechangers.

Ukraine’s air force possesses a considerable fleet of cold war-era aircraft and personnel are well-organized and trained. But Russia has configured its “aerospace forces” to gain and maintain crucial control of the air using, among other systems, the fearsome S400 long-range anti-aircraft missiles. These systems give the most advanced NATO air forces serious pause for thought, let alone the 1990s vintage fighters and bombers of Ukraine.

Advanced Russian fighters and missiles will dominate the sky in due course although the Ukrainians have achieved some successes against the expectations of many. There are credible reports that Ukrainian fighters are still flying and remarkably have shot down several Russian jets. Their old – but in the right hands still effective – anti-aircraft missiles have also caused Russian losses, according to Ukrainian sources.

The navy is now militarily insignificant – the more so since much of it appears to have been sunk in harbor within 24 hours of the beginning of hostilities.

But this is not a foregone conclusion. Ukrainian generals are highly unlikely to play to Russian strengths and deploy forces to be obliterated by their artillery or air power. They have seen all too much of that in the past. In July 2014 a formation of Ukrainian troops was destroyed by a rocket artillery strike in eastern Ukraine. What was notable was the way the rockets were guided to their targets by drones operated by Russian-supported separatist troops.

Focusing on equipment quality or quantity alone is always a big mistake. In the UK, military thinking outlines “three components of fighting power”. These are the moral (morale, cohesion, motivation), conceptual (strategy, innovation and military “doctrine”) and material (weaponry). It is one thing having the advantage in the material component of war, it is quite another to turn it into success. The Ukrainians will try to exploit Russia’s vulnerability to having to wage a lengthy military campaign with the potential to sustain politically damaging heavy casualties.

Many Ukrainians have a basic awareness of weapon handling – the several hundred thousand reservists called up as Russia invaded certainly do. They may be light on modern tanks and sophisticated weaponry, but may well have the edge in the moral and conceptual domains.

There is a strong tradition of partisan warfare in Ukraine where ideas of “territorial defense” – insurgent groups fighting small actions on ground they know well backed up, where possible, by regular army units – are deeply ingrained. In the early days of the cold war after the country had been liberated from German occupation, the anti-Soviet “Insurgent Army” was only finally defeated in 1953. During this time they caused tens of thousands of casualties. It may have been largely forgotten by the rest of the world, but this conflict is well remembered in Ukraine.

The vaunted Russian armed forces have already deployed a large proportion of their ground troops, and have a very limited capability either to occupy ground contested by insurgents or – even more importantly – to sustain operations beyond the first “break-in” phase of the war. The last thing Putin wants is a protracted war, with bloody urban combat and echoes of Chechnya – which is what Ukrainian forces are likely to give him.

War takes its own course, but the likely and sensible Ukrainian approach will be to trade land for time. They will hope to inflict casualties and draw Russian forces into urban areas where their advantages are less pronounced. In the event of defeat in the field, Ukraine’s defenders could well default to a well-armed, highly-motivated and protracted insurgency, probably supported by the west. This is Putin’s nightmare.

The other side of that particular coin is that western support of such “terrorism” could attract an unpredictable and highly dangerous response. In his “declaration of war” speech Putin threatened “such consequences as you have never encountered in your history” to those who “try to hinder us”, clearly referencing Russia’s vast nuclear arsenal. In the face of defeat or humiliation rationality may be in short supply.

Frank Ledwidge is Senior Lecturer in Military Capabilities and Strategy, University of Portsmouth