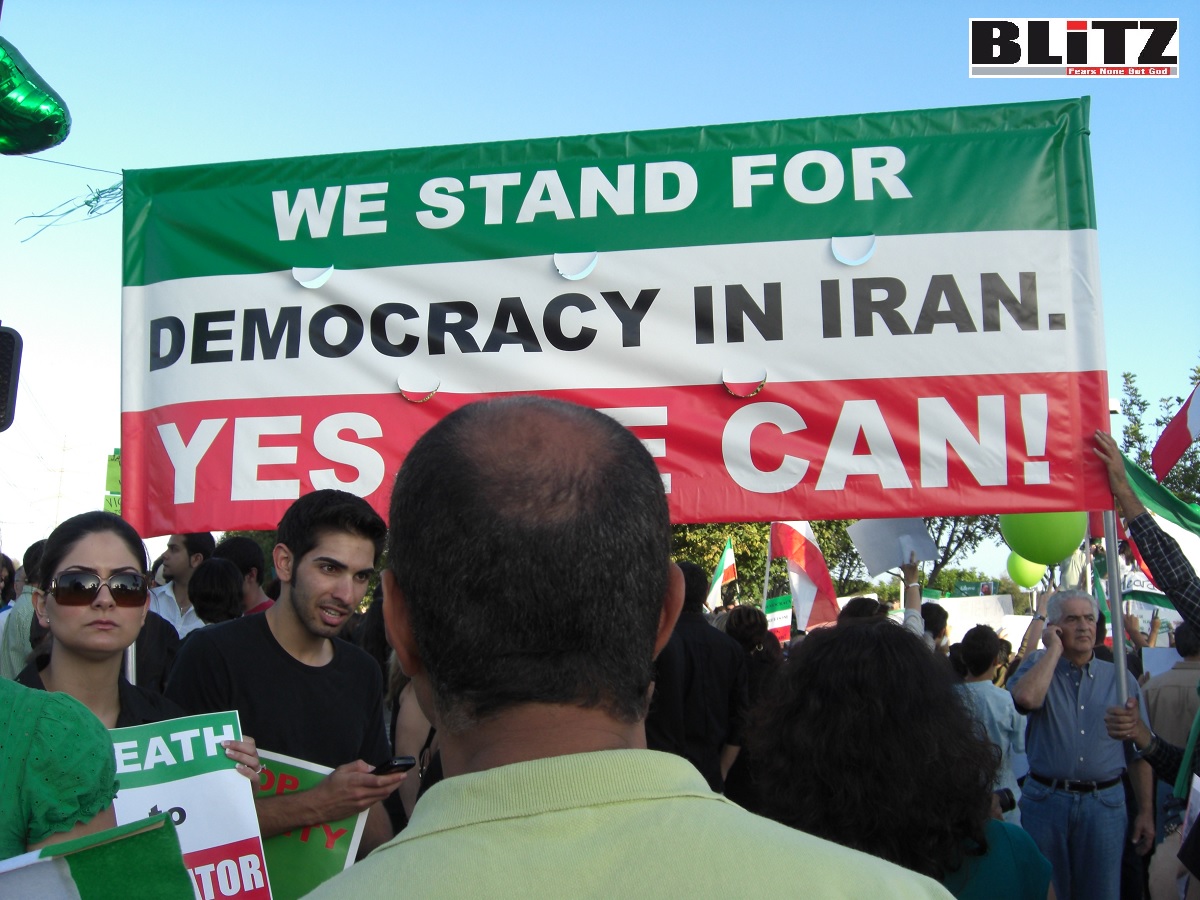 The overall message of that uprising was one of widespread readiness for regime change – a fact that prompted none other than Supreme Leader of Iran, Ali Khamenei to acknowledge the influence of an organized Resistance movement led by the longstanding archenemies of the theocratic regime, the People’s Mojahedin Organization of Iran (PMOI MEK). Writes John Perry

The Islamic Republic of Iran has been the site of nearly constant public unrest since the end of 2017. That December marked the start of a nationwide uprising that lasted for several weeks and spread to more than 100 localities, bringing with it anti-government slogans like “death to the dictator” and a clear repudiation of both the “reformist” and “hardline” factions of mainstream Iranian politics. The overall message of that uprising was one of widespread readiness for regime change – a fact that prompted none other than Supreme Leader Ali Khamenei to acknowledge the influence of an organized Resistance movement led by the longstanding archenemies of the theocratic regime, the People’s Mojahedin Organization of Iran (PMOI MEK).

In 1979, that group played a key role in the revolution which overthrew the repressive government of the Shah and brought a definitive end to the Pahlavi dynasty. Countless Iranians joined the PMOI in championing a democratic vision for the post-revolutionary era, but unfortunately, the Islamist cleric Ruhollah Khomeini managed to seize power in the aftermath of that revolution and quickly established a system that vested him, and ultimately his successor, with absolute power.

Recent years’ protests have helped to illustrate that the popular desire for democracy and civic freedoms has not diminished. Participants in those protests have frequently highlighted parallels between the repressive rule and self-serving policies of the current and former regimes. Among the most common activist chants both in 2017 and are those which profess, “Down with tyranny, be it the mullahs’ or the Shah’s”. This particular slogan also illustrates the absurdity and desperation of Tehran’s latest efforts to muddy the waters regarding the nature and prospects of the ongoing movement for regime change.

In the months preceding the December 2017 uprising, Iranian state media outlets published articles and ran broadcasts which suggested that emerging opposition to the clerical leadership was being driven in large part by supporters of the badly outdated monarchy. As far back as July 2016, the state-run newspaper Jomhuri Eslami declared, “This group has become so reckless. They are sending some people to the parliament with unprecedented slogans [including] ‘Reza Shah, your soul be blessed’.”

But by the time the calls for regime change had really gained momentum, it has already become clear to close observers of Iranian affairs that this state media narrative was part of a broader strategy to conflate broader anti-government sentiment with an extremely fringe, regressive political movement that had no real chances of gaining traction either inside Iran or among nations that might be in a position to help the Iranian people achieve their new revolutionary goals. Far from relying exclusively on the media, that strategy also utilized Iran’s vast intelligence infrastructure to promote monarchist slogans on the street and during protests.

On the Telegram messaging app, a war veteran by the name of Mohammad Mahdavifar released details of a plan by the Ministry of Intelligence and Security to infiltrate major demonstrations, identify the real leaders of the opposition movement, and supersede their efforts in ways that simultaneously obscured their message and justified retaliation against them. The eight-point directive said in part, “If the slogans against the regime, the leadership, and the IRGC [paramilitary] become sharp and radical, they [MOIS agents] are obliged to chant slogans against high prices and for Reza Shah’s soul to be blessed… and encourage the people to repeat these slogans.”

That strategy was no doubt at play during the 2017 uprising, but it seemingly never managed to have any sort of meaningful effect. Quite to the contrary, the movement’s organic slogans were so prevalent that even Ali Khamenei could not deny the underlying pro-democracy sentiment or the popular endorsement of an organization the regime considers as its main enemy.

The PMOI is effectively a mirror image of Iran’s monarchists, in the sense that the former’s ranks have grown as quickly as the latter’s have shrunk, while Tehran has made concerted efforts to give the opposite impression in each case. But the broad popularity of nine nationwide uprisings over the past five years should make it clear that these efforts have failed. In fact, Tehran’s own actions reveal the same fact, with authorities having practically abandoned subterfuge in favor of blunt repression in response to the second major uprising in November 2019, which saw 1,500 peaceful protesters shot dead.

Even that failed to impede the momentum of the pro-democracy movement, which has been given additional fuel since May in the form of public outrage over government corruption, associated disasters in construction and infrastructure, and food commodity price increases of as much as 1,200 percent. Unrest is all but certain to continue growing, and when it does, the international community must not allow itself to be taken in by the regime’s attempts to portray a new revolution as a return to Iran’s distant past.

The country was robbed of a democratic future once before. Today, the vision for that future has been laid out very neatly in a 10-point plan authored by the president-elect of the National Council of Resistance of Iran Maryam Rajavi. The democratic nations of the world should trust that Iranians will not allow themselves to be deprived of that vision again, least of all in the presence of international support for their fight against the mullahs’ repressive dictatorship.