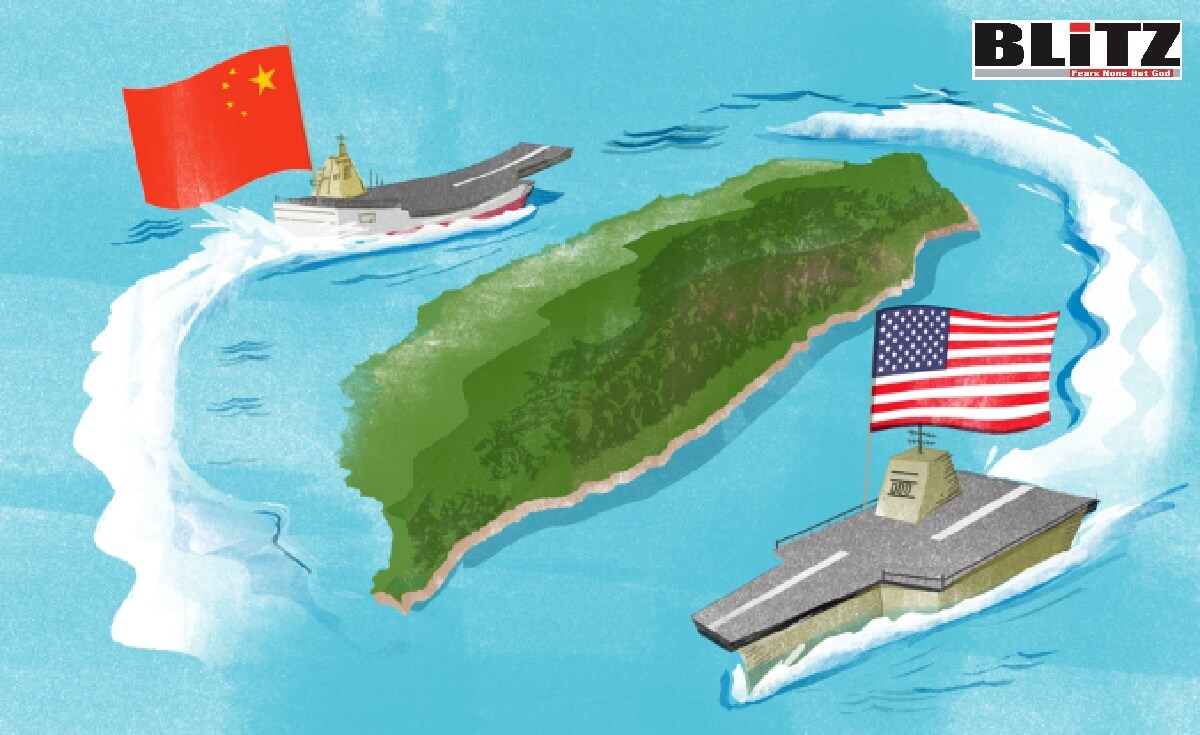 Although it is unlikely that Beijing will conduct a military annexation of Taiwan in the coming years, Nancy Pelosi’s provocative visit to Taipei will undoubtedly push Beijing closer to Moscow, which could perhaps even extend as support for Russia’s special military operation in Ukraine. Confirmed responses against Taiwan include a blockade threat and targeted sanctions.

The speaker of the US House of Representatives landed at Taipei airport on August 2, the first high profile American visit since 1997. When warned by Chinese President Xi Jinping that “those who play with fire will eventually get burned,” Washington, in an attempt to downplay the trip, assured Beijing of its commitment to the “One China” policy and said the visit was Pelosi’s own personal decision.

The Chinese leadership has thus far not reacted to Pelosi’s provocation in a serious way, only announcing military exercises around the island and some sanctions. Another potential response by Beijing could be a strengthening of relations with Moscow, perhaps even over the Ukraine battlefield.

Beijing may have analyzed the balance of power in the region and came to the conclusion that in the near future it cannot solve the Taiwan issue by military means. At the same time, the unprovoked American action could force China to end attempts to stabilize relations with the US and instead supply Russia with significant economic and technical-military support.

To date, China has been mostly quiet about the situation in Ukraine, with some Chinese companies even leaving Russia due to fear of sanctions. It can be expected that China will now be more assertive in providing Russia with support, such as drones and other military equipment.

Although support for Russia is only conjecture at this point, what is certain is that with the large-scale exercises announced to take place from August 4-7 in the waters around Taiwan, Beijing is reminding Taipei how easily the island can be completely blockaded at sea and air, with the US able to do very little to prevent this.

China, under the guise of exercise drills, are effectively closing the entire sea space around Taiwan so that no vessels, even civilian ships, can enter the island’s ports without their approval. The Chinese military currently has the forces and means, including aircraft carriers, to blockade Taiwan without major issue. This is likely just a show of force though that will not lead to a military solution for unification.

Despite the fact that Beijing considers Taiwan to be a “rebel province” and always opposes any contact between Taiwanese representatives and foreign officials, especially high-ranking or military officials from countries that Beijing has diplomatic relations with, there is currently no danger that Pelosi’s visit will lead to a Chinese attack on the island as its military currently does not have enough power for such an operation.

That potential could be achieved within a decade though if China decides to quickly build the necessary ships and accumulate military power. Attacking Taiwan requires amphibious ships and although China does not have enough at the moment, they are building them. According to the assessment of US military experts, if Beijing quickly builds such ships, it would only take five to six years.

Meanwhile, it was announced on August 3 that Beijing decided to impose sanctions on two Taiwanese foundations for secessionist activities, thus prohibiting mainland companies from cooperating with businesses that donate to these two organisations.

“Under the guise of democracy and development cooperation, the Taiwan Foundation for Democracy and the Foundation for International Cooperation and Development, organisations related to ‘Taiwan’s independence’ and are actively participating in separatist activities to achieve independence for Taiwan in the international arena, do their best to approach anti-Chinese forces abroad, attack and smear mainland China, and use money to expand the so-called ‘international space’ for Taiwan,” said Ma Xiaoguang, director of the information bureau at the Taiwan Affairs Office in Beijing.

He pointed out that “Mainland China has decided to impose disciplinary measures on the aforementioned funds and prohibit them from cooperating with Mainland China organisations, enterprises and individuals.”

The statement emphasised that organisations, enterprises and individuals in mainland China are prohibited from cooperating and conducting any transactions with the companies Speedtech Energy, Hyweb Technology, Tianliang Medical (Skyla), SkyEyes GPS Technology and other businesses that donated to these funds. Leaders of the respective businesses were also barred from entering mainland China.

Although many speculated that China would militarily respond to Pelosi’s visit, especially following the strong rhetoric from Beijing, it would appear that this was another case of “China’s final warning”, a Russian proverb that originated in the former Soviet Union to refer to Beijing’s constant warnings but inaction over Taiwan provocations. It appears that for now the response is limited to targeted sanctions and reminding Taiwanese authority’s that the People’s Liberation Army Navy and Air Force can easily blockade the island, but for now provide no direct military action.