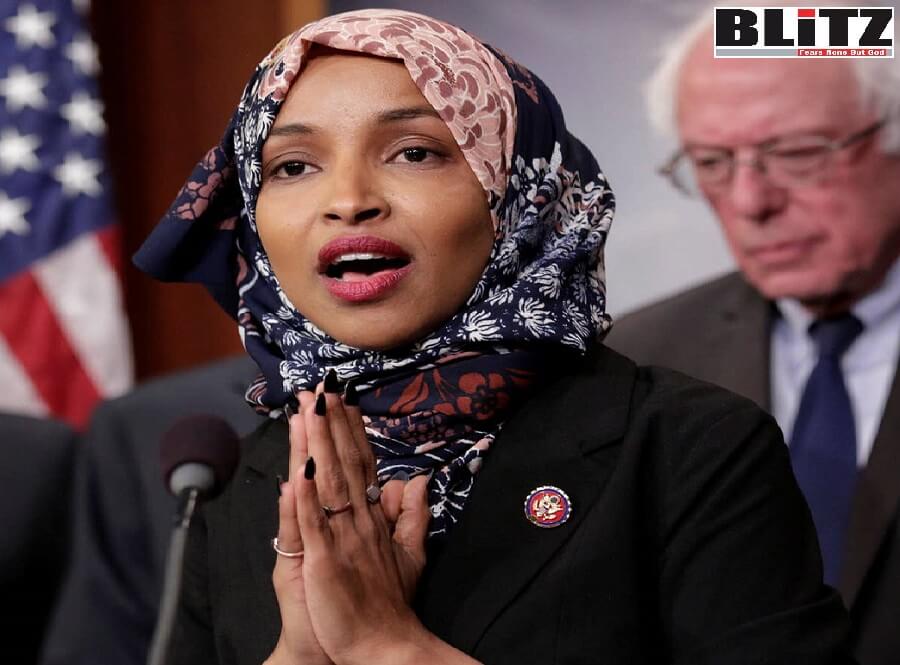 On December 15, the US Congress has narrowly passed a bill, which was tabled by scandalous Ilhan Omar to create an envoy to monitor and combat Islamophobia in the US, following a long and vitriolic debate.

The bill, House Resolution 5665, Combating International Islamophobia Act, which was introduced by Reps. Ilhan Omar (D-Minn.) and Jan Schakowsky (D-Ill.), passed the house by a vote of 219-212, with all Democrats voting for the bill and all Republicans opposing it.

“The administration supports passage of H.R. 5665, the Combating International Islamophobia Act, and that our country’s commitment to defending freedom of religion and belief goes back centuries, and the administration strongly believes that people of all faiths and backgrounds should be treated with equal dignity and respect around the world,” he read from the statement.

“Unfortunately, here in the United States of America, in recent years, anti-Muslim bigotry has been on the rise, with mosques being vandalized and Muslims beaten, attacked and elected officials on the receiving end of death threats and other hateful rhetoric, all due to their Muslim faith”, said Meeks.

“Bigotry is unacceptable. And it is incumbent on all of us to condemn it wherever and whenever it occurs”.

Once this bill is approved by the Senate and Joe Biden, it will have serious implications on the activities of Jihad Watch, Robert Spencer, Investigative Project on Terrorism, Middle East Forum, Daniel Pipes, ACT For America, Brigitte Gabriel and many other individuals and organizations, which are currently continuing campaign against radical Islam and jihad.

According to information, “ACT for America is the largest anti-Muslim group in the United States today, and claims to have 750,000 members and hundreds of chapters nationwide. ACT purports to advocate for national security and against the threat of radical Islam, but in fact promotes conspiracy theories about all Muslims, including the 3.3 million Muslims living in the United States, the vast majority of whom are peaceful and law-abiding. Its founder, Brigitte Gabriel, has said that every practicing Muslim is a radical Muslim, and that any woman wearing a hijab must be an extremist”.

Once HR 5665 becomes law and a special office is formed to monitor “Islamophobia”, Brigitte Gabriel and her ACT For America will face legal consequences and would be barred from continuing activities. Similar fate will be with all other individuals and organizations in the US.

It is important to mention here that, Brigitte Gabriel, a Lebanese Christian actually has been using the platform towards making money. Her voice has already become irrelevant both in the US and outside. Especially her ultra-radical comments such as “every practicing Muslim is a radical Muslim” clearly is a notorious hate speech. Most importantly, Gabriel has been a tricky opponent of the State of Israel and most of the followers of her clan are busy in targeting individuals who are defending Israel and denouncing antisemitism and Holocaust denial.

As Jonathan Tobin of the Jewish News Syndicate said, “All decent people should oppose hate. That’s especially true when it comes to intolerance of religious faiths”, individuals like Brigitte Gabriel is no decent people at all. They truly are anarchists and opportunists. They want to spread venom of hatred inside the US.

I believe, US Senate will turn-down the House Resolution 5665 and should not let individuals such as Ilhan Omar and those Islamist cronies inside the Congress succeed in transforming the US into another ‘Islamic State’. At the same time, authorities concerned in the US should bring dubious individuals such as Brigitte Gabriel under radar.