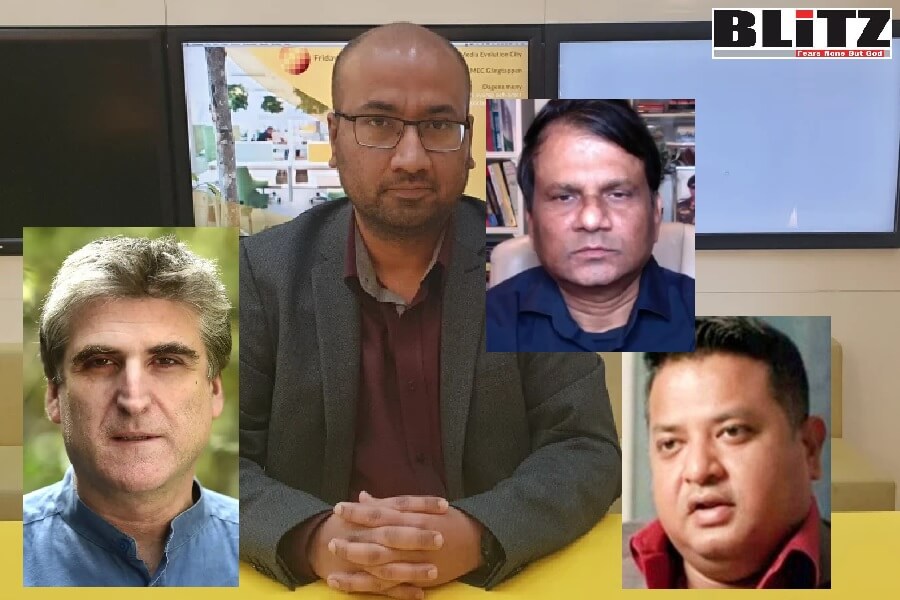 For the past several years, a dubious organization named Netra News, proclaims itself as “an independent, non-partisan and non-profit platform of reportage, analysis and debate on Bangladeshi politics, society and culture” has been serving the purpose of the propaganda machine of Islamist forces in Bangladesh through its own website, although, according to alexa.com statistics, it has a very low readership.

Netra News is funded by the National Endowment for Democracy (NED). Although on the website of NED it clearly claims to be “steadfastly bipartisan” and to be operating “with a high degree of transparency and accountability”, the unfortunate fact is, this organization is providing thousands of dollars every month to Netra News, which is run by dubious individuals such as Tasneem Khalil, David Bergman and others.

About nature of NED, this organization says on its website:

“From its beginning, NED has remained steadfastly bipartisan. Created jointly by Republicans and Democrats, NED is governed by a board balanced between both parties and enjoys Congressional support across the political spectrum. NED operates with a high degree of transparency and accountability reflecting our founders’ belief that democracy promotion overseas should be conducted openly.

“The National Endowment for Democracy (NED) is an independent, nonprofit foundation dedicated to the growth and strengthening of democratic institutions around the world. Each year, NED makes more than 2,000 grants to support the projects of non-governmental groups abroad who are working for democratic goals in more than 100 countries.

The only agenda of Netra News is to create atmosphere for getting Islamist forces such as Jamaat-e-Islami (JeI) and Bangladesh Nationalist Party (BNP) into power. It has also been making continuous attempts of defaming the image of secularist Awami League and Prime Minister Sheikh Hasina. It may be mentioned here that, while Jamaat-e-Islami is known for its policy of promoting radical Islam and jihad, Bangladesh Nationalist Party upholds policies of promoting anti-Hindu, anti-India, and pro-militancy sentiment. This party considers Lebanese terrorist group Hezbollah as its “key ally” while it had also played exposed role behind emergence of Islamist militancy group Jamaatul Mujahedin Bangladesh, which had later emerged as the regional franchise of Islamic State (ISIS). Bangladesh Nationalist Party has also patronized Harkatul Jihad (HuJi) and pro-Caliphate Hefazat-e-Islam, a massive platform of madrassa students and teachers.

Few years ago, Bangladeshi counterterrorism officials said, members of Ansar Al Islam were secretly giving training to separatist Kuki rebels in India and were trying to collect weapons from the separatist group based in the north-east states of Nagaland, Mizoram and Manipur.

The Kuki separatist group is mainly active in the north-eastern parts of India, but Kuki people are also present in the Chin state of Myanmar.

Counterterrorism officials said, Ansar Al Islam operative Sheikh Abdullah alias Zubayer alias Zayed alias Babed alias Abu Omair liaised between the Kuki rebels in India and the Ansar al-Islam in Bangladesh on behalf of the militant group’s top leader, sacked armed forces Major Ziaul Haque. Zubayer, who joined Ansar Al Islam in 2013 and was gradually promoted to run the intelligence wing of the militancy group, sent its operatives to India to the Kuki rebels for training. Being a trusted accomplice of sacked military officer Ziaul Huq Zia, he was also in charge of collecting funds and the militant group’s management. On December 20, 2021, the US State Department announced reward for information on Ziaul Huq Zia as he was the mastermind being terrorist attacks in Dhaka, Bangladesh that left US citizen Avijit Roy dead and his wife, Rafida Bonya Ahmed, seriously injured.

According to latest information, Ansar Al Islam with the active collaboration of Hizbul Mujahedin and separatist group ULFA has established a training base in Nepal’s mountainous area, where Pakistani spy agency ISI is providing training to jihadist and militancy groups. It is also learned that, arms and explosives for training are supplied by ISI through secret channels.

It may be mentioned here that, Ansar Al Islam is the regional counterpart of Al Qaeda.

According to another source, Ansar Al Islam, with the help of Hefazat-e-Islam has succeeded in penetrating within Tablighi Jamaat with the target of expanding its supporter and members numbers in the South Asian nations. Tablighi Jamaat, which already is considered as a recruiting vessel of the jihadist groups has significant presence in Bangladesh, India, Pakistan, Sri Lanka and other South Asian and Asian countries.