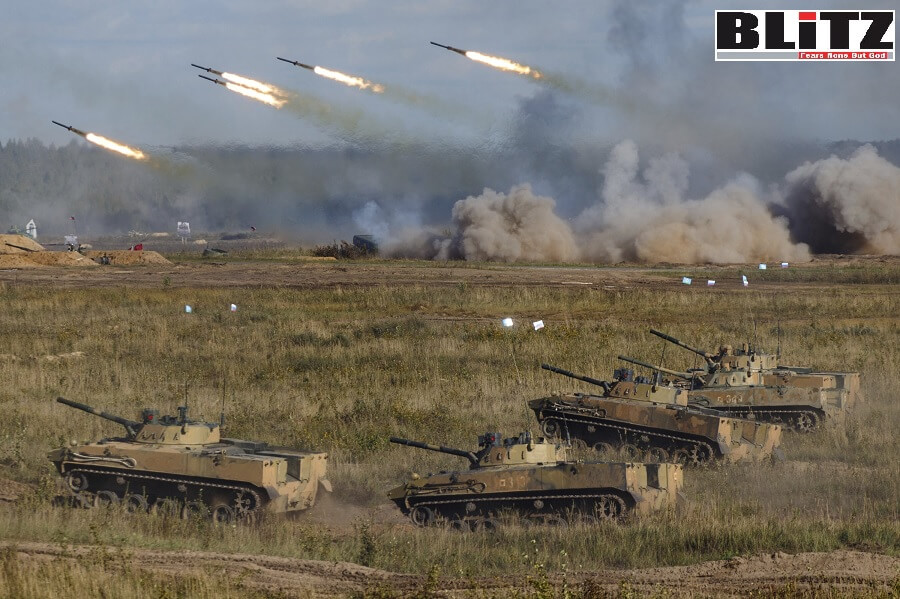 US is the biggest winner as it not only managed to subjugate the Europeans again, but achieved a separation between Europe and Moscow. Writes Paul Antonopoulos

Russia’s reorientation towards eastern markets will be a disaster for the European Union as it would become completely dependent on the United States. After Russia was forced to change its economic model and policies as trade relations with the EU are fractured, Brussels will essentially find itself in a situation where it is entirely dependent on the US, a situation that French President Emmanuel Macron wanted to avoid but he himself set into motion by quickly adopting Washington’s position on Ukraine when Russian troops entered the country on February 24.

Although in the West we like to allude and believe that Russia is isolated and there is a global consensus against President Vladimir Putin, China and rising powers like India, Indonesia and Brazil are not engaged in such economic hostilities. In such a scenario, the EU is no longer taken seriously on the international stage as all its rhetoric of achieving strategic autonomy from Washington was nothing but that – rhetoric.

The West has stepped up sanctions pressure on Moscow, with the banking sector and the supply chain of high-tech products being the main targets. Calls to reduce European dependence on Russian energy sources have also grown louder. These are difficult issues for the US and EU to contend with as they have caused fuel and food prices to rise sharply, thus further impoverishing the average citizen.

At a time when European citizens are economically suffering, the US Military Industrial Complex (MIC) has been greatly enriched by the conflict in Ukraine. Undoubtedly, the crisis in Ukraine is a positive for Washington as its MIC is not only enriched, but has forced a capitulation of Europe’s attempts to achieve greater independence.

After Russia began its special campaign in Ukraine, the share prices of the largest US military companies immediately rose sharply. In early 2022, the stock growth indexes of some companies had fluctuated to around zero. But while the US MIC benefits, Europe is facing an energy crisis.

Underground storage facilities in Europe had switched to priority mode of refilling early this year when minimum reserves were seasonally achieved (25.51% of nominal operating volume). This was interrupted from March 31 to April 5 due to a cold snap.

As of April 10, reserves in EU underground storage facilities have increased to 26.84% and as of April 13 it was 27.13%. According to retrospective data, in the first three weeks since the start of the pumping phase, reserves increased from 1.6% to 5.3%. By 2022, this value was 1.53%, demonstrating that there are major problems with the pumping of gas.

At the same time, the main problem has almost nothing to do with the fact that there is not enough Russian gas, and rather the main obstacle is the high cost of green fuel. Storage operators are clearly in no hurry to hoard gas at the current high price ($1,100-1,300/thousand cubic meters) as they continue to expect prices to fall seasonally.

Europe pulled 51 billion cubic meters of gas from underground storage during the winter, or 107.8 percent of the volume pumped in the summer, ending the drawdown season on March 19 at one of the lowest levels in terms of reserves in years — only 25.2 billion cubic meters of gas was in operation. To replenish the underground storage facilities next winter, it is necessary to pump at least 63 billion cubic meters. Gazprom considers this an ambitious task since in recent years such volumes have not been pumped and are not enough to ensure energy security in cold weather.

Figures from mid-April found that the EU has paid 29 billion euros to Russia for energy since the war began, thus emphasizing the difficult for Europe to divorce itself from Russian energy. None-the-less, this has not stopped the EU from making other provocative measures, like targeting the country’s financial system and closing its airspace.

In effect, over the course of the war in Ukraine, Europe has reversed its advancements made to achieve strategic autonomy from Washington. Under the illusion that Ukraine is a liberal bastion struggling against an authoritarian Russia, the EU has followed the US in backing the country whilst ignoring its illiberal treatment of minorities and elevation of neo-Nazi organizations like the Azov Battalion into state structures. In this way, as Russia’s economy turns to the east when Europe’s economy and civilians suffer, the US is the biggest winner as it not only managed to subjugate the Europeans again, but achieved a separation between Europe and Moscow.