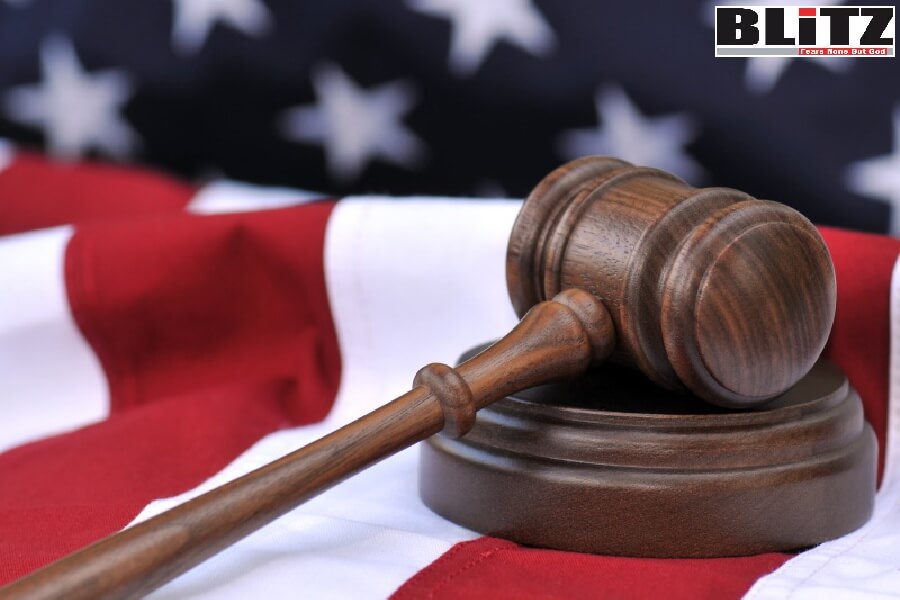 According to United Nations Special Rapporteurs, some of the unilateral restrictions and sanctions passed in the United States violate the rights of individuals and organizations that engage in activities such as combating religious extremism and terrorism. It said, Washington’s practice of imposing secondary sanctions against people who allegedly interact with sanctioned people, organization and government is also a questioned attempt. In most cases, Washington imposes sanctions being misguided by influential lobbyists who provide concocted information and documents clearly with the ulterior intention of using such sanctions against the rivals of their clients.

It may be mentioned here that the US legislation gives president broad powers to introduce sanctions that violate human rights and, in some cases, even goes against the policies of the US government itself.

The UN experts called on the US to “fully and completely observe its obligations under the ICCPR to prevent any negative impact on the human rights of persons subject to sanctions authorized under the emergency declarations”.

Sanctions in the form of blockades were prominent during World War I. Debates about implementing sanctions through international organizations, such as The League of Nations, became prominent after the end of the World War I.

The Abyssinia Crisis resulted in League sanctions against Mussolini’s Italy in 1935 under Article 16 of the Covenant. Petroleum supplies, however, were not stopped, nor the Suez Canal closed to Italy, and the conquest proceeded. The sanctions were lifted in 1936 and Italy left the League in 1937. After World War Two, the League was replaced by the more expansive United Nations in 1945.

The rogue practices of sanctions

According to a study by Neuenkirc and Neumeier (2015) US and UN economic sanctions had a statistically significant impact on target countries economies by reducing GDP growth by more than 2 percent a year. The study also concluded that the negative effects typically last for a period of ten years amounting to an aggregate decline in the target country’s GDP per-capita of 25.5 percent.

Hufbauer, Schott, and Elliot (2008) argue that regime change is the most frequent foreign-policy objective of economic sanctions, accounting for just over 39 percent of cases of their imposition. Hufbauer et al. claimed that in their studies, 34 percent of the cases studied were successful. When Robert A. Pape examined their study, he claimed that only five of their reported forty successes were actually effective, reducing the success rate to 4 percent.

In either case, the difficulty and unexpected nuances of measuring the actual success of sanctions in relation to their goals are both increasingly apparent and still under debate. In other words, it is difficult to determine why a regime or country changes (i.e. if it was the sanction or inherent instability) and doubly so to measure the full political effect of a given action.

Offering an explanation as to why sanctions are still imposed even when they may be marginally effective, British diplomat Jeremy Greenstock suggests sanctions are popular not because they are known to be effective, but because “there is nothing else [to do] between words and military action if you want to bring pressure upon a government”.

Critics of sanctions like Belgian jurist Marc Bossuyt, however, argue that in nondemocratic regimes, the extent to which this affects political outcomes is contested, because by definition such regimes do not respond as strongly to the popular will.

A strong connection has been found between the effectiveness of sanctions and the size of veto players in a government. Veto players represent individual or collective actors whose agreement is required for a change of the status quo, for example – parties in a coalition, or the legislature’s check on presidential powers. When sanctions are imposed on a country, it can try to mitigate them by adjusting its economic policy. The size of the veto players determines how many constraints the government will face when trying to change status quo policies, and the larger the size of the veto players, the more difficult it is to find support for new policies, thus making the sanctions more effective.

Economic sanctions are increasingly being used to promote the full range of American foreign policy objectives. Yet all too often sanctions turn out to be little more than expressions of US preferences that hurt American economic interests without changing the target’s behavior for the better. As a rule, sanctions need to be less unilateral and more focused on the problem at hand. Congress and the executive branch need to institute far more rigorous oversight of sanctions, both prior to adopting them and regularly thereafter, to ensure that the expected benefits outweigh likely costs and that sanctions accomplish more than alternative foreign policy tools.

Sanctions have been criticized on humanitarian grounds, as they negatively impact a nation’s economy and can also cause collateral damage on ordinary citizens. Peksen implies that sanctions can degenerate human rights in the target country. Some policy analysts believe imposing trade restrictions only serves to hurt ordinary people as opposed to government elites, and others have likened the practice to siege warfare.

Generally though unilateral sanctions, which the United States has imposed on Rapid Action Battalion, several officers of this anti-terror elite forces and the Inspector General of Police in Bangladesh has been imposed may in fact tend to cause greater costs on American firms than on the target, which can usually find alternative sources of supply and financing, the matter may turn worse if the policymakers in Washington opt for broadening the area of this sanctions to secondary sanctions. Meaning, in case the sanctions are transformed into secondary sanctions, it may compel others to join a sanctions effort by threatening secondary sanctions against third parties unwilling to sanction the target although it would cause serious harm to a variety of US foreign policy interests. This is what happened when sanctions were introduced against overseas firms who violated the terms of US legislation affecting Cuba, Iran, and Libya. This threat may have had some deterrent effect on the willingness of certain individuals to enter into proscribed business activities, but at the price of increasing anti-American sentiment, stimulating challenges within the World Trade Organization, and drawing attention away from the provocative behavior of the target governments.

According to experts, sanctions tend to be easier to introduce than to lift. It is almost always more difficult to change the status quo than to continue with it. It is often difficult or impossible to build a consensus for rescinding a sanction, even if there has been some progress on the matter of concern, if the sanction has been shown to be feckless or counterproductive, or if other interests can be shown to suffer as a result.

Does that mean, any sanctions imposed on individuals or organizations is difficult to be rescinded? Experts say, under current global scenarios, sanctions imposed by the United States is gradually losing its effectiveness as the world is no more a unipolar one and the US certainly is not as mighty as it was two or three decades ago. Most importantly, the January 10 sanctions imposed on Bangladeshi law enforcement agency has been a result of frantic efforts of several lobbyist firms appointed by pro-Islamist Bangladesh Nationalist Party (BNP) and notorious Jamaat-e-Islami.

According to a 2018 report published in Blitz, United States was actively considering blacklisting Bangladesh Nationalist Party (BNP) as a terrorist organization, while similar actions were also expected be taken against Jamaat-e-Islami. Earlier, the US Department of Homeland Security had argued in the court stating BNP qualifies as a “Tier III” terrorist organization, while Canadian authorities had also echoed the same opinion.

Kyle Shideler is the Director of the Counter Islamist Grid (CIG) said, Bangladeshi National Party is a sometimes-violent nationalist Bangladeshi political party devoted to implementing an Islamic nationalism for Bangladesh.

Shideler said, “BNP is the political ally of Jamaat-e-Islami, an Islamist political party whose armed wing, Hizbul Mujahedeen, was designated as a terrorist group by the US State Department”.

In May 2018, Canadian Federal Court in a verdict said, Bangladesh Nationalist Party (BNP) “has engaged or will engage in acts of terrorism”.

Seeking anonymity, a counterterrorism expert in the US told Blitz, “One of the key political ideologies of Bangladesh Nationalist Party (BNP) is promoting radical Islam and extending unconditional support to notorious Islamic militancy groups such as Hamas and Palestinian Islamic Jihad. BNP maintains closer relations both with Hamas and Palestinian Islamic Jihad and its founder Maj Gen Ziaur Rahman was a personal friend of Yasser Arafat.

“General Ziaur Rahman had contributed greatly in promoting terrorism in the Middle East by providing military training to the members of Palestinian Islamic Jihad and Palestine Liberation Organization. During his tenure, thousands of Palestinian jihadists were trained in Bangladesh”.

She further said, “Bangladesh Nationalist Party does not believe in the existence of the Jewish State and its policies are no different than Iran. Considering its previous track record, it is completely unwise for the United States to maintain any relations with a party like BNP”.

In 2005, BNP government named a new bridge after the name of Lebanese terror outfit Hezbollah. The bridge is located in the southern part of Bangladesh, spanning the Batakhali River in an area known as Cox’s Bazaar.

BNP’s junior communications minister Salahuddin Ahmed named the bridge after the Lebanese group at the height of Hezbollah is at war with Israel.

Justifying the naming of the bridge, Salauddin Ahmed, state minister for communication told the French news agency, AFP “I named the bridge Hezbollah because of our love for the Lebanese resistance group”.

“Hezbollah is the only group which is fighting Israel and the bridge is named after the group as a mark of honor”, he added.

United States has identified Iranian proxy Hezbollah as a terrorist group. Hezbollah also is labelled as a terrorist entity in a number of Middle Eastern countries, including Saudi Arabia. Meaning, Bangladesh Nationalist Party (BNP) had gone against the United States, Saudi Arabia and other Middle Eastern nations by embracing Lebanese terror group Hezbollah as its ally. In 2013, BNP had attempted to transform secularist Bangladesh into a Caliphate by providing fund and support towards pro-Caliphate Hefazat-e-Islam (HeI), a group of madrassa students and teachers that strongly opposes the United States, European nations, Britain, India and Israel. Earlier, in 2005, BNP had funded and helped notorious jihadist outfit Jamaatul Mujahedin Bangladesh (JMB) in gaining strength by recruiting jihadists and collecting weapons and explosives. Later JMB had established connections with Hizbul Mujahedin in India and Islamic State (ISIS). It is a matter of great surprise as to how a party like BNP, which has always been heavily inclined towards religious extremism and militancy has succeeded in influencing the US policymakers through its lobbyists in imposing unjust sanctions on Rapid Action Battalion (RAB) and its officials.

According to a highly-placed source, Islamist nexus of BNP-Jamaat has also been offering cash to dozens of Congressional and Senate candidates of November 2022 midterm elections in the US. This nexus also is trying to establish connections with a number of key figures in the White House, including Hunter Biden, while Hillary Clinton has also been working to help BNP-Jamaat nexus at the persuasion of Nobel laureate Professor Mohammed Yunus.