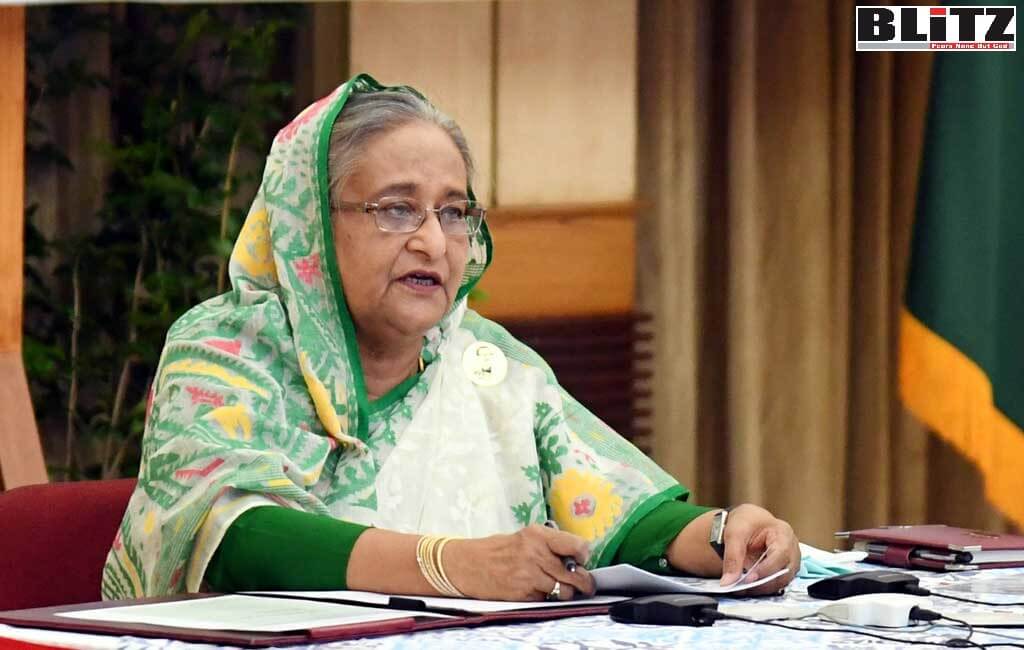 Since 2009, Bangladesh has been witnessing tremendous socio-economic progress, which is receiving appreciation from the international community. Everyone acknowledges, such tremendous achievements have been possible because of the magnanimous statesmanship of Prime Minister Sheikh Hasina. Commenting on Bangladesh’s emergence as the paragon of socio-economic progress, Bangladesh High Commissioner to the United Kingdom, Saida Muna Tasneem said: “On various indicators of human development, Bangladesh had shown significant improvement. Life expectancy in 2019 was 72.6 years, a gain of over 7 years since 2000, years of schooling were up from 4.1 to 6.2, and the country’s human development index value climbed from 0.478 in 2000 to 0.632 in 2019. As a result, Bangladesh’s index ranking is now 133rd out of a total of 189 countries”.

The High Commissioner pointed out that Bangladesh’s growth stems largely from its success as an exporter of readymade garments, which account for 83 percent of its total exports, and remittances from overseas, which amount to over 7 percent of GDP. However, the principal driver of growth is investments, which has risen from 24 percent of GDP in 2000 to 32 percent in 2019. When asked about Bangladesh’s amazing rise and economic growth, she put it down to the “Sheikh Hasina factor”.

Indeed, Bangladesh’s emergence as a stunning role model of socio-economic prosperity was impossible without the precious and dedicated leadership of Sheikh Hasina. She has been working relentlessly in implementing the dream of the Father of the Nation Bangabandhu Sheikh Mujibur Rahman of a Sonar Bangla (Golden Bengal). Bangabandhu not only gave us independence from the cruel Pakistani rule, he also was the architect of a prosperous Bangladesh, which could stand to the world with immense pride.

For Bangladesh, the biggest-ever challenge was the pandemic. Here again, Sheikh Hasina has succeeded in handling this extremely difficult challenge with her utmost dedication and zeal. According to a World Bank report ‘Bangladesh Development Update – Moving Forward: Connectivity and Logistics to strengthen Competitiveness’, released in April 2021: “Despite the uncertainty created by COVID-19, the outlook for Bangladesh’s economy is positive.” It assessed that Bangladesh did extremely well when the pandemic hit and it had also launched a good number of stimulus packages to keep people employed despite the shocks.

Bangladesh, the paragon of socio-economic prosperity

Since 2009, Bangladesh has seen a sea change in the global image. Once visualized as the epitome of poverty and hunger, it’s steady success of gross domestic product (GDP) growth is conspicuous as a symbol of assiduous enterprise. It is gratifying to see a South Asian nation once labelled as ‘basket case’ by Henry Kissinger projected as a future ‘Asian tiger’ – that too, in his lifetime.

With macro-economic stability as its cornerstone, Bangladesh’s economy has increased by 271 times over 50 years. Concentrating on its traditional labor-intensive light manufacturing industry, Bangladesh is today the world’s second-largest clothing exporter behind China. It was powered ahead with a traditional development strategy of simple export-oriented industrialization (EOI), the economic policy that was implemented with great success by the Asian Tigers. The bulk of Bangladesh’s exports pertain to the textiles, apparel and footwear industry – which are highly labor-intensive and employ unskilled and semi-skilled labor.

Bangladesh’s economic performance is also a reflection of its prudent fiscal management. The budget deficit has been restricted to 5.0% of GDP or less. Limiting public spending left space for the private sector to borrow from the financial system and invest. Fiscal prudence and export performance have been key to reducing poverty in Bangladesh.

The vision of ‘Digital Bangladesh’

‘Digital Bangladesh’, which aims to create a digital ecosystem through its platforms, supports new entrepreneurs and includes them in digital finance management. With nearly two dozen COVID-19 stimulus packages the country has an overall outlay of 1.24 trillion taka, which is 4.44 percent of GDP. This included steps like 50 billion taka for export-oriented industries to pay the wage bill for three months, two-year loans to factory owners at 2 Percent interest, 200 billion taka for banks to provide working capital loan facilities to CMSMEs at an interest rate of 9 percent; 4 percent to be borne by the borrower, and 5 percent by the government as a subsidy. The success of the stimulus package was also due to its effective management, in simultaneously assisting affected industries and in addressing the food security problem of the poor and vulnerable people.

Sajeeb Wazed, the ICT adviser to Prime Minister Sheikh Hasina has been playing an instrumental role in implementing his concept of ‘Digital Bangladesh’ which seeks to transform the country into a technologically advanced nation.

The magnificent policies taken by him as the Prime Minister’s ICT Advisor opened a new horizon of ICT usage in Bangladesh as the country continues to improve rapidly in all indicators of technological advancement including mobile phone users, internet users, accessing public services digitally, mobile banking, and earnings from ICT exports. His policies have already contributed to Bangladesh receiving investment from Silicon Valley. It is a paradigm shift for Bangladesh to reach such a height in ICT from what it had been even less than a decade ago.

Having a political leaning from family by virtue of being the grandson of the Father of the Nation, Bangabandhu Sheikh Mujibur Rahman, Sajeeb Wazed was one of the key persons behind enabling Bangladesh to become a lower middle income country from a lower income one for the first time since its independence. Thanks to his vision, complimented by that of the Prime Minister Sheikh Hasina, Bangladesh is now set to reach the goal of becoming a higher middle-income country by 2021 and a developed one by 2041 by harnessing the power of science and technology.

Within days of joining the Awami League as a primary member, Sajeeb Wazed, in his capacity as an IT policy analyst, unveiled the concept paper and action plan for the government’s ambitious “Digital Bangladesh” scheme; to develop a strong ICT industry in Bangladesh and initiate e-governance and IT education on a mass scale. Sajeeb Wazed emphasized the use of information technology to achieve Bangladesh’s development and governance goals. His aim was to turn Bangladesh into a potential top IT outsourcing hub in the next few years given its various advantages including the demographic dividend. He has unveiled his vision to enable Bangladesh’s IT industry to overtake its textiles and readymade garments sector soon, in terms of earnings.

Despite tremendous and unimaginable progress and prosperity that Bangladesh has been witnessing since 2009, several unscrupulous individuals, rogue organizations and biased media outlets are engaged in spreading lies and cruel propaganda against Bangladesh clearly with the nefarious agenda of misleading the international community. In many cases, these propagandists are proved of having affiliations and connections with Islamists and jihadist forces. Their agenda is to sabotage Bangladesh’s ongoing progress and prosperity and push the nation towards a troubled country like Afghanistan or a Failed State like Pakistan. According to the media’s credible reports, vested interest groups are spending millions of dollars towards such cruel and vile propaganda against Bangladesh. And of course, Bangladesh needs to take immediate steps in effectively countering such evil propaganda.