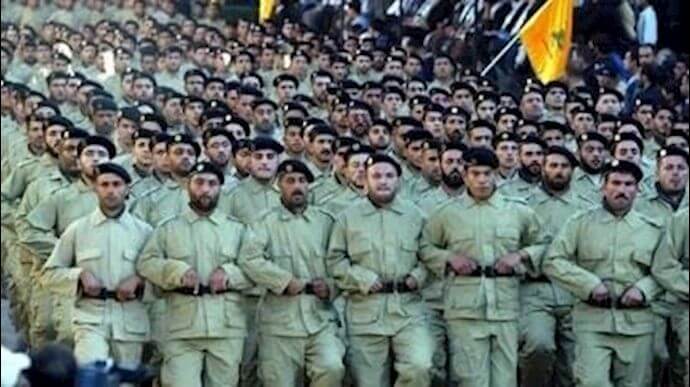 Wars are raging in various parts of the Middle East, although there is a tendency not to call the conflicts by that name because of the fear conjured up by the word.

One conflagration is the war Iran is waging against those – headed by Israel – who stand in the way of its plans to take over the entire Middle East.

Another is the Assad regime’s war to take back control of the entire country, and a third is the PLO’s battle for survival.

Much has been written about the first of these wars, and reports have claimed that from early 2017 on, Israel has launched over 200 attacks in Syria, mainly at targets connected to Iran.

Two points should be emphasized:

If that sounds hallucinatory, may I remind you that the Yom Kippur War did not start on Judaism’s holiest day because the Arabs noticed its occurrence, but because it was Hafez el-Assad’s birthday and his army officers decided that the Golan Heights made a nice birthday gift. He had lost the region in the June 1967 Six Day War, when he was serving as Syria’s Defense Minister and Commander of its air force. This is a wild guess, as I said, but remember, the author of the biblical book of Proverbs (see Chap. 28) wrote: “Lucky is the man who is always afraid.”

I figure Iran is about to implode economically because of the financial paralysis brought on by the US sanctions. Even Japanese corporations are limiting their activities in Iran to a mere fraction of what they were. The distance from economic collapse to regime collapse is very short, and my heart tells me that every one of the Iranian leaders has already planned his escape route and the country which will let him in on the day when the millions of unemployed, persecuted, humiliated and above all, hungry Iranians burst out in the streets with knives in their hands aimed at the necks of anyone who is part of the regime.

At that point, Iran’s army will return home from Syria, Yemen and Iraq to protect the regime and its leaders. The entire Middle East will go out to dance in the streets.

The Battle of Idlib

Idlib and its environs are going to be attacked by Syrian, Russian, Iranian and Hezbollah forces in the near future. Estimates of how many civilians will pay for this attack with their lives run from thousands to hundreds of thousands,depending on the type of bombs Russia uses and the chemical weapons the Syrian forces have at their disposal. Most of the pundits discussing the issue ignored the role of Turkey whose borders are a short distance away. Will Sunni Islamist Turkey and its Islamist leader be able to sit on the sidelines while Sunni Muslims are being slaughtered?

Armed intervention will put Erdogan in direct conflict with Putin, so it is more probable that  Turkey will simply open a secure escape route from Idlib to Turkey for fleeing residents. Chances are that Putin and even Assad will turn a blind eye, because it will show that Assad rules the entire country and enable him to fill the empty spaces with Shiites from Iraq, Iran and Afghanistan.

The Battle of Ramallah

The idea of a Palestinian State is on its deathbed, now that it has been mortally wounded by attacks from every direction. First to attack was Hamas, which divided the Palestinian Authority into two parts back in 2007 and has no intention of giving up its precious terror tunnels and weapons for the sake of someone suspected of security and intelligence cooperation with Israel.

Now America has joined the realist camp that understands that any Palestinian State will soon become a Hamas state, this time in Judea and Samaria. That can come about through elections like the ones that were held in 2008 and gave Hamas a majority in the Palestinian Legislative Council, or through a violent conflict on the lines of the 2007 takeover of Gaza by Hamas.

The US has also decided to stop giving artificial respiration to the two main pillars of the Palestinian Idea:

Trump realized what Israel has known for a long time and decided to burst those two terrorist bubbles. He recognized Jerusalem as Israel’s capital, moved the Embassy to the Holy City and decided to stop funding the “refugees” that the Arabs have forced the world to keep on ice for the last 70 years.

Mahmoud Abbas understands the mortal blow sustained by the false PLO narrative upon which he built the future of the invented “Palestinian nation,” realizing that without Jerusalem and “refugees” there is nothing left of that narrative. The collapse of the Palestinian narrative made room for other options, such as a Jordanian-Palestinian federation or confederation. The Jordanian king is not terribly keen to have the PLO in his midst, however, still remembering how his father was forced to fight them to the death in 1970,

The PLO and Abbas, left stranded in the ruins of the house of cards they built, do not see any reason to talk to the US government, Israel or even Hamas, which already has its own 11 year old Islamic state. Since many PLO members realize what has happened, they are forming independent armed militias, as the Arab world is fond of doing.

In the Arab world, if you cannot convince your rival through negotiations, you “convince” him by having  him look down the barrel of  your Kalashnikov.

According to recent reports, Palestinian leaders – Jibril Rajoub, Mahmoud Elalul, Toufik Tirawi and Maj’ad Farej – are collecting weapons, bullets and fighters, in order to take over the PA institutions once  Abbas is gone for good. It seems that all the talk of a “Palestinian People” was a pipe dream of politicians and academics in Israel and other places, who know less than nothing about how the Middle East works and think it is an extension of Europe or the US.

It  seems that Arabs who live west of the Jordan are not very different from those who live all over the Middle East. The tendency to break up into warring groups, the avoidance of taking responsibility for failure, the penchant for blaming someone else for failure, lack of flexibility in thought and politics, calling the other side traitor or heretic and resort to live weapons whenever negotiations are stuck – all these characterize the Middle Eastern Arab culture as well as the Arabs west of the Jordan.

It is important to remember that the PA has several security organizations attached to it, who we will probably join the militias. They will face off against the other militias, including the one Hamas has established secretly in Judea and Samaria without anyone being the wiser.

In order to prevent a descent to violence (which Israel will be blamed for no matter what) Israel must take a few preemptive steps:

The first and most crucial is to disarm the PA by means of drying up its sources of funds, transferring all authority to the heads of clans in each and every city.

The third step is to find all the active members – or to be more accurate, terrorists – belonging to Hamas, Islamic Jihad, the Democratic Front, the Popular Front, ISIS and every other terrorist organization and alien ideology adopted by a few fanatics. This will purge the region from the jihadist and nationalist ideology which has as its standard the destruction of Israel in every possible way.

The fourth step, as I have said here in the past, is establishing emirates in the Arab cities of Judea and Samaria.

A happy new year to all!

Dr. Mordechai Kedar is a senior lecturer in the Department of Arabic at Bar-Ilan University. He served in IDF Military Intelligence for 25 years, specializing in Arab political discourse, Arab mass media, Islamic groups and the Syrian domestic arena. Thoroughly familiar with Arab media in real time, he is frequently interviewed on the various news programs in Israel.

Like Loading...
Recommended for you:
Continue Reading
Advertisement
You may also like...
Related Topics:Holocaust denial is a grave crime, Iran spreading terrorism, Israel to expel antisemitic, The Yom Kippur war