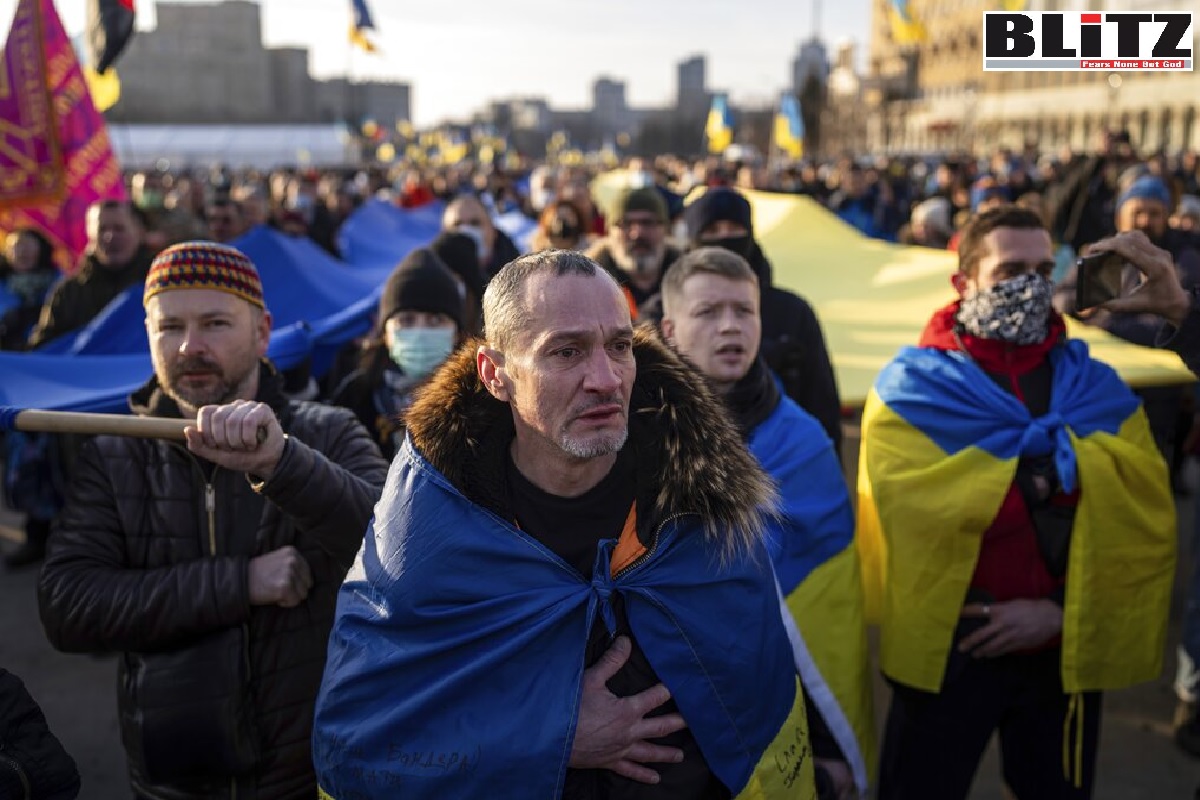 High-ranking Ukrainian and western officials are meeting in Switzerland this week to discuss the country’s reconstruction. The Ukraine Recovery Conference in Lugano aims to bring together government and business to discuss investment and the necessary reforms to support it.

Russia’s war against Ukraine has not only left thousands dead and displaced – it’s also presented an extreme challenge to Ukraine’s economic well-being. And it is workers who are shouldering the cost.

While Ukrainian employers are dealing with the destruction of property and infrastructure, more than 80% of workplace deaths have been caused by the Russian military since 24 February. One person dies at work in Ukraine every day – including railway workers, medical staff and other public sector workers – according to official data.

Ukraine is expected to lose an estimated 50% of its GDP this year due to the Russian invasion. Hundreds of companies have been destroyed, and as a result, 30% of jobs have been lost. According to the Financial Times, by the end of the year the unemployment rate in Ukraine will be at 25% – a record in Europe.

So far, Ukrainian employers have been given a free hand to deal with the challenges of the Russian invasion. State agencies have loosened their oversight of the labour market. And reformers in the parliament and government have sought to push through radical labour reforms that would strip Ukrainian workers of their rights.

But as millions of people try to figure out how to survive Ukraine’s economic downturn, there’s another question that looms on the horizon: what will happen when the war ends?

The future balance of economic power and prosperity in the country is likely to be determined by the changes being wrought in Ukraine now.

Russia’s war has predictably reduced labour costs in Ukraine. In May, wages fell by an average of 10% compared to the pre-war period. Advertised wages for jobs in areas such as raw material extraction, security and manual labour have almost halved.

There is a growing perception that the negative effects of the labour market crisis are being felt more by workers than by employers. Ukrainians were ready to endure any difficulties in the immediate aftermath of the Russian invasion. But as the tide of the war has changed, not everyone thinks the current situation – where business has advantages over workers – is fair.

This advantage has been expressed in the Ukrainian parliament’s decision to revoke considerable parts of Ukraine’s labour legislation for Ukrainian employers. Most importantly, employers are able to suspend employment contracts: in these cases, employees do not receive wages, but are still considered employed. Thousands of employees of private companies have remained effectively unemployed for months even without an official reason because of lack of enforcement. As of 1 April 2022, roughly five million citizens applied for one-time income loss benefits – but as of the end of May, the registered number of unemployed people was 308,000, which is 16 times lower.

Ukraine has thus become even more of a paradise for ‘shadow employers’ who do not employ people officially. Since the Russian invasion, the state has cancelled all labour inspections during war time and no longer monitors wage debts – a consistent problem for Ukrainian employees. Thousands of employees of private companies have remained effectively unemployed for months without an official reason.

At the same time, Ukraine is also dealing with the fact that six million people, the majority of them women, have left the country. In Europe, some people – though far from everyone – have found themselves in countries where wages are higher, laws are obeyed, and housing and kindergartens are affordable. The return of young mothers to work in relatively peaceful cities is unlikely.

Sociologists predict that after the end of martial law, which currently forbids men under the age of 60 from leaving the country, Ukraine could face a new wave of emigration – where men will go abroad for work, to reunite with their families or to find safety from the ongoing conflict.

To help prevent this demographic change from becoming permanent, Ukraine will need to consider its socio-economic policy – to encourage people to stay in the country, rather than leave.

Tasks such as rebuilding infrastructure, launching industrial production and meeting human needs can be addressed within the broad socio-humanitarian context of reconstruction.

But although there are international best practices, including from the International Labor Organization, it is unlikely that Ukraine’s reconstruction will take into account the views of the population and its long-term interests.

So far, reconstruction plans for Ukraine have largely followed neoliberal traditions. One plan, drafted by Ukrainian government officials, leading experts and business associations, draws heavily on the principles of deregulation and liberalisation. Undoubtedly, these principles will be the basis of the so-called analogue of the ‘Marshall Plan’ that will be proposed to European partners.

In the meantime, though, some steps are already being implemented by the Ukrainian government. For example, after Russia’s destruction of big industrial enterprises, the state wants to focus on the development of microbusinesses as a way of relaunching the economy. The Ukrainian government’s proposals for reconstruction boil down to lending to micro-entrepreneurs or training people in IT skills. Such steps may have worked in peacetime, but today the development of self-employment will be hampered by the destruction of Ukraine’s infrastructure, low purchasing power and general instability. These structural factors can prevent small businesses from setting up supply chains and finding their consumers.

The larger plan to be presented in Lugano this week will likely be based, at least in part, on ideas found in ‘A Blueprint for the Reconstruction of Ukraine’, published by a group of international economists in April.

The main risks are that privatisation and reduction of civil servants may destroy protected jobs, and the newly created ones will be precarious. There is also a threat that infrastructure projects will simply enrich foreign corporations, and that the Ukrainian economy will retain its mostly extractive nature instead of developing new innovative industries. Ignoring the role of workers’ organisations in the reconstruction process will only intensify the problems of shadow employment, unemployment and inequality.

There are, however, alternatives to consider for Ukraine’s reconstruction.

Ultimately, the aim should not be to rebuild peripheral capitalism, but to introduce elements of the social and solidarity economy in the country:

Sustainable economic basis. Priority should be given to the construction of production facilities and infrastructure that will create protected jobs at scale, improve the technological level of the economy and focus on domestic demand as opposed to exports. The main investor should be a state which is capable of mobilising the necessary resources.

Increased public confidence. In order for money to be directed in the right direction, the whole of Ukrainian society should be involved in the decision-making process. There is a need for trade unions to support infrastructure projects and priorities for investment.

Secured employment. Abolish the war-time law that gives Ukrainian employers the right to suspend their obligations arising from individual and collective agreements. Provide labour inspectors with the necessary resources and powers to exercise oversight over the Ukrainian workplace. Mass public works should be accompanied with skill development for workers in order to improve their career prospects. There should be subsidies for Ukrainian enterprises that employ vulnerable groups, increase wages or involve trade unions in decision-making.

Private business has proved to be extremely irresponsible during the crisis. Post-war Ukrainian society needs integration, and that will be ensured by the development of state-owned and cooperative enterprises that do not make profits to the detriment of society and environment.

Ukraine faces a colossal task in dealing with huge destruction and re-launching industry, but neoliberal policies are not suitable for this. A strategy based on government intervention in the economy and the financing of employment programmes is needed. This, in turn, requires policies of redistribution through taxation and the confiscation of surplus wealth from Ukraine’s richest people. This would be a concrete expression of Ukraine’s long-promised policy of de-oligarchisation, which has, it seems, faded from the political agenda since the beginning of the war.

In the short term, Russia’s war has weakened Ukrainian workers’ power. But in the long run, Ukraine’s labour movement may intensify and improve employment conditions. Despite all the pessimism, Ukrainian society does have a belief in a more just model of reconstruction.