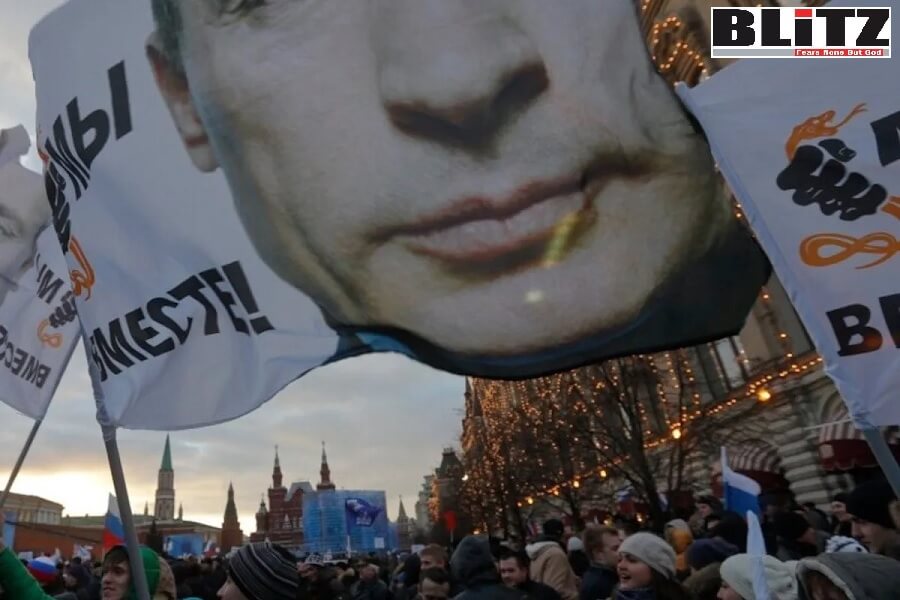 Now Western nations, under the leadership of the United States are set to expand the net of punitive and harsh sanctions on Russia and Russians.

Additional US sanctions will include, among other things, a ban on investments in Russia and will be designed to weaken the key instruments of the Russian government, White House Press Secretary Jen Psaki said.

“This will include a ban on all new investment in Russia, increased sanctions on financial institutions and state-owned enterprises in Russia, and sanctions on Russian government officials and their family members,” she said, adding that “these measures will degrade key instruments of Russian state power”.

Washington expects the sanctions to “impose acute and immediate economic harm on Russia.”

The United States is trying to put Russia in a situation when it will have to choose between a default or draining of its remaining foreign currency reserves, Psaki has told.

“The goal is to force them to make a choice,” she said, when asked whether the US goal at this stage was to trigger a sovereign default in Russia. “Russia does not have unlimited resources – especially now, given the crippling sanctions we’ve put in place – and they are going to be forced to choose between draining remaining valuable dollar reserves <…> or default”.

When asked about whether the White House had any assessment on when a default may be expected, she replied “I don’t have an assessment of that.

<…> It depends, in part, on what decisions they [the Russians] make”.

On February 24, Russian President Vladimir Putin said in an early morning televised address that he had launched a special military operation in Ukraine in response to a request for help from the leaders of the Donbass republics. He stressed that Moscow had no intention of occupying Ukrainian territories, the sole purpose of the operation, the leader stressed, is the demilitarization and denazification of Ukraine.

The United States, the United Kingdom, the European Union and some other countries responded by imposing sanctions on Russian individuals and companies.

The government of Portugal has decided to declare ten Russian embassy staffers personae non gratae, the country’s foreign ministry said on its website on Tuesday.

“The foreign ministry is announcing that today the government of Portugal notified the Russian ambassador about its decision to declare personae non gratae ten staffers of this diplomatic mission, whose actions run counter to national security”, the statement says.

The diplomats are to leave the country within two weeks.

“The government of Portugal reiterates its firm and decisive condemnation of the Russian aggression in Ukraine”, the ministry said.

The massive purge will definitely impact Russia’s relations with the European Union, which have been already suspended in some sense, Editor-in-Chief of the Russia in Global Affairs magazine Fyodor Lukyanov emphasized.

According to him, the agenda of bilateral relations is drying up though some connections, particularly in the energy sector, still remain. Given that the expulsion of diplomats can be carried out promptly, it may be presented as a reaction to the Bucha incident (Ukraine has accused Russian troops of killing civilians in that town, while Russian strongly rejected the accusations).

A delay in Russia’s response to the expulsion of diplomats from Germany may mean that Moscow’s reaction will go beyond the principle of reciprocity, Researcher at the Moscow State Institute of International Relations’ Center for European Studies Artem Sokolov noted. He does not rule out that apart from German diplomatic employees, German NGOs still active in Russia are also in danger. In particular, the Heinrich Boell Foundation, linked to the German Green Party, was on the verge of being closed a while ago. The organization was then supported by the Greens joining the German government but now, the same factor may become kind of “a black stain”, the expert explained.

Lukyanov also points out that the expulsion of diplomats is not what influences the issuance of visas. However, the EU may be expected to fully abandon visa cooperation with Russia after a while, he said.

“Over the last decades, the collective West has begun to use the declaration of Russian diplomats as personae non gratae, that is, imposing sanctions on them, isolating them from the opportunity to work in the region they had studied, <…> as a tool not of diplomatic work, but of information and political attack,” she said.

According to Zakharova, the West “necessarily needs to show some kind of heaping of their actions. They call it solidarity, but it has nothing to do with it”, the diplomat added.

The spokeswoman drew attention to the fact that the expulsion of Russian diplomats has always been carried out publicly, loudly, and demonstratively. Western countries even went so far as to start making public the names of diplomats and providing their personal data. “All of this was accompanied <…> by conditions beyond our understanding, under which our diplomats had to leave the country. All this was done on purpose to create a sense of guilt on the Russian side for something that no one had done, at least under the headlines under which Russian diplomats were expelled. There was nothing in terms of factual arguments, it was purely a verbal attack”.

Moscow views allegations of Russian troops’ involvement in crimes committed in the Ukrainian town of Bucha as a provocation, Russian Permanent Representative to the United Nations Vasily Nebenzy made clear at the April 5 meeting of the UN Security Council. The killing of civilians in the Kiev Region has been the center of attention since April 3. The United Nations called for an independent probe but, according to experts interviewed by Izvestia, it will be highly difficult to conduct a UN-led investigation.

The UN Security Council did not plan to adopt any final documents, Russia’s First Deputy Permanent Representative to the UN Dmitry Polyanskiy told the newspaper. Meanwhile, UN Secretary General Antonio Guterres at the meeting reiterated the need for a probe. Kiev has announced plans to create its own “special mechanism of justice” to look into the incident and the European Union has expressed readiness to send experts to Ukraine. However, there have been no reports of a UN-led international investigation.

“What the secretary general said is just a good wish that’s not obligatory. It’s a decision made by the UN Security Council that would have been mandatory”, Head of the Department of Criminal Law, Criminal Procedure and Criminology at Moscow State Institute of International Relations Alexander Volevodz explained. “As far as the procedure goes, an investigation at the national level is possible, which would be conducted by the country on whose territory the crime was committed. The most important thing here is to establish the factual circumstances. As for the United Nations, the organization can form various commissions of investigations but it requires a consensus decision,” he added.

According to experts, an international consensus is hardly possible at this point. “Given a serious and dangerous standoff between Russia and the West, there can be no agreement on anybody”, said Russian Civic Chamber member Sergey Ordzhonikidze, who served as United Nations Under Secretary General in 2002-2011. In his view, “there is currently no UN body to carry out this kind of investigations. It’s more likely to be limited to UN Security Council meetings at this time”, he noted.

Ever since Russia began its special operations in Ukraine, there has been mad rush in various parts of the western countries in tracking and freezing cash of Russian nationals and confiscating their properties and businesses. According to a credible source, intelligence operatives from Washington are secretly working in the United Arab Emirates (particularly Dubai), Caribbean island nations, Philippines and few other countries in African continent tracking-down “hidden investment” of Russian nationals. According to a source in Dubai, for the last several weeks, Russians are rushing in Dubai’s crypto companies and law firms handling shell companies in down-loading millions of dollars.

Here my question is – has the United States ever tracked-down wealth and cash owned by their own nationals, including many heavyweight politicians and their family members? Has there been any case of freezing wealth and cash of any American high-profile individual? If the answer is negative, may I humbly ask – who gives such rights to the US of playing the role of global police?