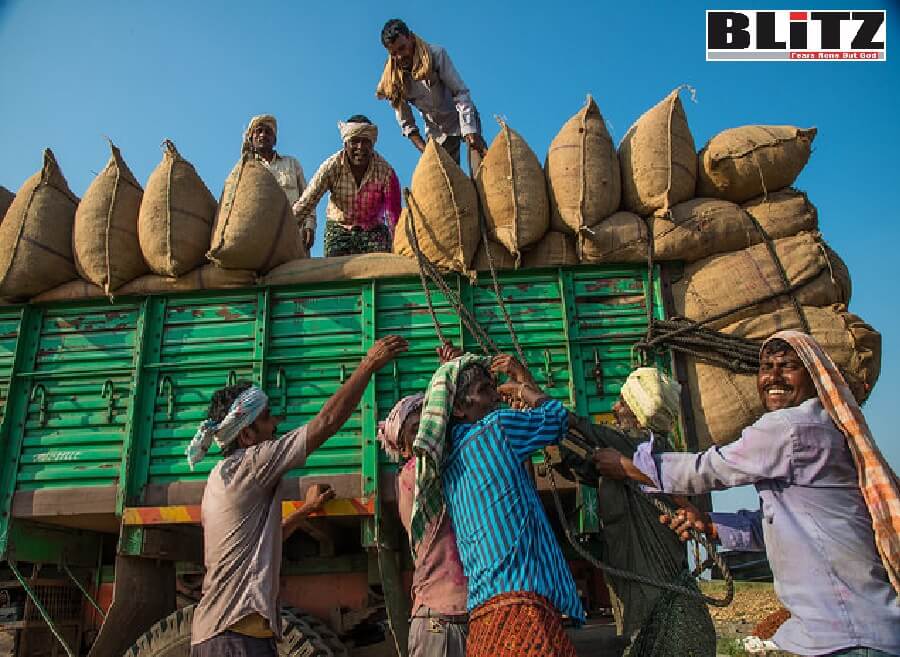 A serious food supply crisis appears to be coming. Several countries are facing rising food price inflation due to the side effects of recent events in the geopolitical scenario. The escalation in the Ukrainian conflict has directly influenced the global costs of food products, as one of the main non-military consequences of the current situation is the difficulty in keeping production chains and the circulation of goods and capital stable. Experts believe we are close to seeing one of the biggest famines in human history.

On April 26 the World Bank released a report on the current global food situation, pointing out that a new price increase is expected, estimated at 22.9% throughout 2022. The expectation sounds catastrophic when observed as an increase to the previous climb of 31% in 2021. If last year’s problems were mostly related to the crisis generated by the new coronavirus pandemic, now, on the other hand, what most threatens the stability of production and circulation of food is the conflict in Ukraine, which simultaneously disrupts the distribution of wheat and other grains and the supply of fertilizers, creating serious risks to global agriculture.

In short, the world entered a new spiral of crises and economic and food instability before recovering from the previous one, brought about by the pandemic. Emerging nations did not have time to solve the problems that worsened in 2020 and 2021 and immediately entered one of the biggest grain and fertilizer supply crises ever seen, which created this current chaotic scenario.

According to Matthias Berninger, former German secretary of state for agriculture, this situation will cause an unprecedented famine in 2023. In the same vein, it is the opinion of Matin Qaim, professor of food economics and rural development at the University of Bonn, that more than 100 million people will be taken to the status of misery before the end of the year, which threatens to reverse all the world’s gains in fighting poverty and hunger.

One of the most commented points by all experts as one of the pillars for the current food crisis is the issue of the world distribution of fertilizers, in which Russia and Belarus have a fundamental role. With Western sanctions and the embargo on Moscow and Minsk, most emerging nations have simply been excluded from the fertilizer market – either having to choose between buying Russian fertilizers or maintaining other trade ties with Western countries. This affects from developing nations with better economic conditions, such as Brazil, which depends on Russian products to produce soy, to nations in a more serious economic and food situation, such as most African states, which also buy fertilizers to guarantee the exports of their agricultural commodities.

In general, the liberal ideal of economic interdependence, one of the pillars of globalization, can be seen as the main source of the current problems. Emerging agrarian countries have been little concerned over the last few decades to develop internal industrial systems to supply their production chains. Very few countries are currently able to enjoy a status of real food sovereignty, with dependence being a problem for most states.

Today, many nations are concerned with elaborating projects to restructure the agri-food industry, such as Brazil itself, which is considering starting to invest in the exploration of natural gas for the production of fertilizers. But all these projects sound truly useless in the face of the imminence of the food crisis: until these ideas are implemented, hundreds of millions of people will already be starving.

Of course, it is not all about fertilizers. There is also the issue of grains, which are the basis of global food and also have in Eastern Europe one of the main sources of production, mainly in wheat and sunflowers. Many countries depend on Russian wheat to keep their food situation stable. Russia accounts for more than 22% of the wheat consumed in Egypt, for example. Now, pressured by sanctions, the African country has been increasing imports from India, which is also a major producer, but which, in turn, depends on Russian sunflower for 24% of its domestic consumption, being also affected by the grain embargoes. This situation shows how, for emerging countries, there seems to be no solution outside of the end of conflict and sanctions.

According to projections by the Bank and other experts that commented on the issue, world food shortages will certainly lead to large-scale political crises, with the rise of civil wars and armed conflicts over food resources. In recent years we have seen food prices several times as decisive factors for political changes. These were one of the main arguments for some of the color revolutions that took place during the “Arab Spring”, for example, when external agents incited local populations to take to the streets to protest against the economic situations of their countries – which, coincidentally or not, only worsened after the success of these regime changes.

Now, there are far scarier predictions about this problem. Considering a possible situation of generalized famine in emerging countries on all continents, we can be close to some of the greatest cases of political and military instability in history.

So, in the face of all this, a new situation of humanitarian crisis seems to arise as a consequence of the conflict that Kiev, due to its obedience to the West, continues even without any prospects of victory. The end of the conflict and lifting of Western sanctions will stabilize flows of grains and fertilizers, alleviating the global crisis and allowing economic recovery projects on the part of emerging countries.