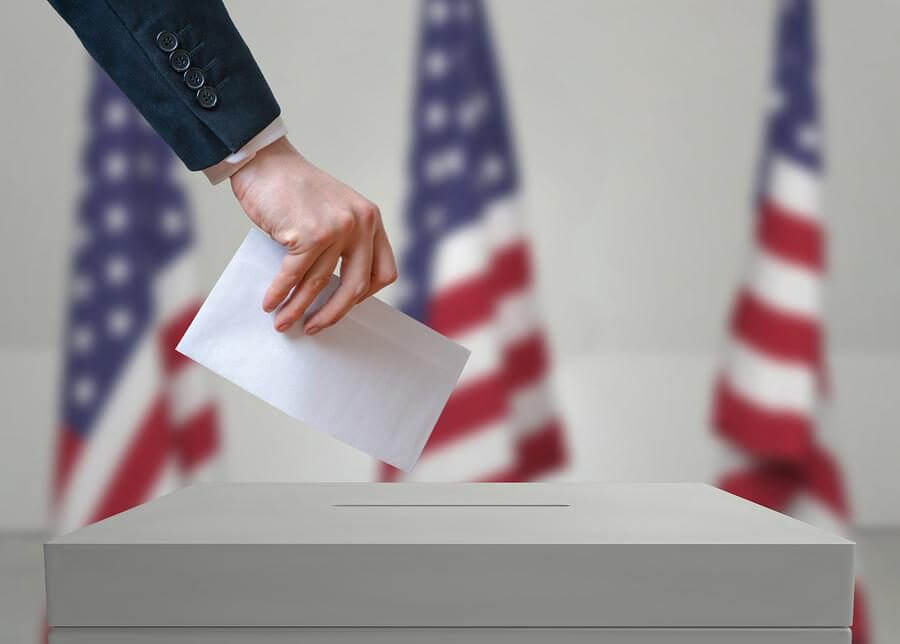 Most of the analyses of Tuesday’s midterm elections in the US have focused on which party can rightly say it won. Democratic commentators insist the Democrats won the election, since they regained control of the House of Representatives. Republicans point to their expanded control over the Senate and their wins in several fraught gubernatorial races to argue that their side emerged victorious.

The truth is that both sides are right.

Moreover, despite the expectation that the Democratic-controlled House will use its subpoena power to make life miserable for Trump administration officials, Tuesday’s election results may well moderate the political climate in Washington while advancing Trump’s 2020 electoral prospects. To understand why, it is important to consider the character of both parties in the aftermath of Tuesday’s vote.

For the past two years, lawmakers from that wing of the party refused to come to terms with Trump’s leadership of their party and therefore undercut his governing capabilities. The late senator John McCain blocked Trump’s bid to repeal Obamacare last year with his dramatic middle-of-the-night Senate vote.

Outgoing Senator Bob Corker, who has served as chairman of the Senate Foreign Affairs Committee, declared open war with Trump on a host of issues. Corker sought to subvert Trump’s foreign policies and cast doubt on the president’s judgment in both on-record and off-record briefings. His actions undermined the credibility of Trump’s foreign policies and empowered Democrats and others to delegitimize his leadership.

In stark contrast, Corker had no problem working with the Obama administration. He shares responsibility for Obama’s nuclear deal with Iran. Although the nuclear deal upended more than a half century of US non-proliferation policy aimed at preventing rogue states from acquiring nuclear weapons, Corker agreed not to treat is as a treaty, making it require the support of two thirds of the senate to ratify it. Instead, Corker agreed to pass a special law – the Iran Nuclear Agreement Review Act. INARA turned the US Constitution on its head. Instead of requiring a two-thirds majority of support to pass, INARA required two thirds of the Senate to disapprove the deal in order to block its implementation.

On Tuesday, Corker – who chose not to stand for reelection after early polls showed that he would not be reelected – will be replaced by Marsha Blackburn. Blackburn is a strong conservative unstintingly loyal to Trump.

Until Tuesday’s election, Never Trump Republicans held the balance of power in the Senate. They no longer do. Trump now can trust the support of a secure majority of senators for his appointments and policies.

A SIMILAR PATTERN obtains in the House of Representatives. In Tuesday’s election, 39 incumbent Republican members of Congress, including House Speaker Paul Ryan, were not on the ballot, having opted to retire rather than run again. Most of the lame ducks were at best diffident in their positions on Trump.

Under Ryan’s leadership, House Republicans failed to make good on the three issues they ran on in 2016. They did not authorize the construction of a wall along the US border with Mexico. They did not defund Planned Parenthood. And they did not repeal and replace Obamacare.

Many commentators have noted that the Republican lawmakers who declined to run for reelection contributed to the Democratic takeover of the House. Given the significant advantage incumbents traditionally have over less well-known challengers, this is likely the case.

But all the same, with the departure of key Trump opponents, the Republican minority caucus in the House will be more unified than they were as the majority. Consequently, they will be capable of acting more competently as a minority than they were as a fractured majority.

This may be poor compensation for the loss of the House, but all the same, going into 2020, the GOP is far more coherent ideologically and unified behind Trump’s leadership than it has been for the past two years.

As for the Democrats, Tuesday’s elections were a victory for the party but a defeat for the progressive wing. For the past two years, the Democratic Party has been split between the radical, progressive wing and the less vocal moderate wing. The former has argued that the way to win elections is to adopt hard-left positions. These include support for socialism, and hard-line anti-Israel policies, including a rejection of Israel’s right to exist and support for the BDS movement which seeks to silence and delegitimize pro-Israel voices in the American Jewish community. The hard left also supports open immigration policies.

Facing the radicals, moderates have argued that to win elections, it is necessary to present pragmatic policies that won’t scare away centrist voters in Republican-leaning districts.

During the primaries, the progressive position scored impressive victories. Hard-left and anti-Israel candidates won a host of primary victories in gubernatorial and House races.

On the other hand, their fellow Israel haters Leslie Cockburn and Scott Wallace, who were running in Republican-leaning districts in Virginia and Pennsylvania, respectively, both lost their races. So did far-left gubernatorial candidates Tracey Abrams in Georgia and Andrew Gillum in Florida.

Likewise, Beto O’Rourke, the Texas Senate candidate who was supposed to prove the progressive strategy by defeating Senator Ted Cruz, lost his race.

WHILE FAR-LEFT, progressive candidates lost their races in swing districts and statewide races in Republican leaning states, moderate Democrats won their races. These candidates are the basis for the Democrats’ House majority.

It is hard to know how the House Democrats will use their newfound power. To be sure, incoming committee chairpersons Adam Schiff, Jerry Nadler and Maxine Waters among others have promised to make discrediting and perhaps impeaching Trump their central goal. If they do, they will hitch their party’s 2020 prospects to the agenda of its radical wing. But with a majority based on moderate lawmakers, it won’t be a simple matter to secure the support of the whole caucus for this agenda. And it certainly won’t be a simple matter to convince the bulk of the Democratic caucus to adopt the anti-Israel foreign policies of the likes of Cortez, Tlaib and Omar.

As far as Trump himself is concerned, Tuesday’s results are a cause for celebration.

With the departure and defeat of Never Trump Republicans, Trump strengthened and secured his leadership of the Republican Party. He will enter the 2020 election cycle with no significant opposition within his party. The expanded Republican majority in the Senate ensures that the president will face no significant obstacles in implementing his foreign policies or getting his appointments confirmed.

As for the House of Representatives, the increased power of Democrats who ran as moderates in swing districts holds the prospect of Trump being able to negotiate across the partisan aisle. For the past two years, with the progressive faction of the party ascending in the grassroots and in the fund-raising spheres, Democrats feared working with the administration. Calls for “resistance” to Trump made the development of bipartisan policies a risky move.

Now that the progressive electoral strategy of winning majorities by rallying the hard-left grassroots has failed, and the moderate strategy of winning majorities by advocating concrete policies and bipartisanship has won, it may be possible for Trump and the Republicans to cut bipartisan deals. If so, Trump will be the first president since Clinton who is able to work across the aisle.

In the event the Democrats instead choose to lead from the hard left and devote themselves to impeaching Trump for the next two years, this will also work to Trump’s advantage. The president will be able to use his Republican majority in the Senate to implement his foreign policy, use his executive power to advance his domestic agenda and use the Democratic House majority’s radicalism to campaign against.

ISRAEL HAS much to gain from the new political reality. True, there is no doubt that the radical Democrats in the House will use their offices to mainstream hatred for the Jewish state. Israel can expect for instance that Tlaib – who celebrated her victory by wrapping herself in the PLO flag – as well as Cortez and Omar will use their offices to sponsor virulently anti-Israel events at the House of Representatives. They will speak against Israel on campuses and pressure their fellow Democrats to oppose anti-BDS legislation and undermine US military cooperation with Israel.

But then, they won’t have any actual power to influence US foreign policy. With moderate, pro-Israel Rep. Elliott Engel positioned to take up the gavel at the House Foreign Relations Committee, and moderate pro-Israel Rep. Nita Lowy positioned to take over the House Appropriations Committee, Israel’s strategic ties with the US are unlikely to be harmed. Trump’s Middle East policies are unlikely to be stymied by House appropriators.

Recognizing this state of affairs, Linda Sarsour, the rising antisemitic star of the progressive grassroots movement, bemoaned the election results.

Speaking at an Internet forum sponsored by the far-Left website Intercept and the far-Left activist network Democracy Now, Sarsour said: “This was not a blue wave, this was a blue dribble. We didn’t win overwhelmingly and it doesn’t look good if we don’t get our act straight for 2020…”

Sarsour then turned to Israel.

“The Democratic Party doesn’t have a foreign policy platform that… works for people like me… and then the minute that positioning comes in with fear politics, we cower, right? We go, ‘Oh, AIPAC is mad at us. Oh, those folks, the pro-Israel groups are mad at us.’”

She then made a pitch for ignoring the lessons of Tuesday’s poll by saying, “If you’re not willing to go all the way progressive, you’re just not going to win against Donald Trump in 2020.”

For the past two years, and indeed, for the better part of the past twelve years, the Republican Party has been divided between moderates and conservatives while the Democrats have seen the consistent rise of radical actors at the expense of their party’s moderates. Tuesday’s election unified the Republican Party along conservative principles behind Trump and it empowered moderate Democrats at the expense of the until-now ascendant radicals.

While everything is possible, Tuesday’s results have the potential to reduce the rage in US politics. They portend well for a revitalization of bipartisan support for Israel and for Trump’s reelection prospects.

Caroline Glick made Aliyah to Israel in 1991 and served as a captain in the IDF. She is a former foreign policy advisor to Prime Minister Benjamin Netanyahu and is the deputy managing editor of The Jerusalem Post. During Operation Iraqi Freedom, Caroline covered the US-led war in Iraq as an embedded journalist with the US Army’s 3rd Infantry Division. She was one of the only female journalists on the front lines with the US forces and the first Israeli journalist to report from liberated Baghdad. Caroline is the senior fellow for Middle Eastern Affairs at the Center for Security Policy in Washington, DC, is the recipient of numerous awards, and the author of “The Israeli Solution: A One State Plan for Peace in the Middle East.”