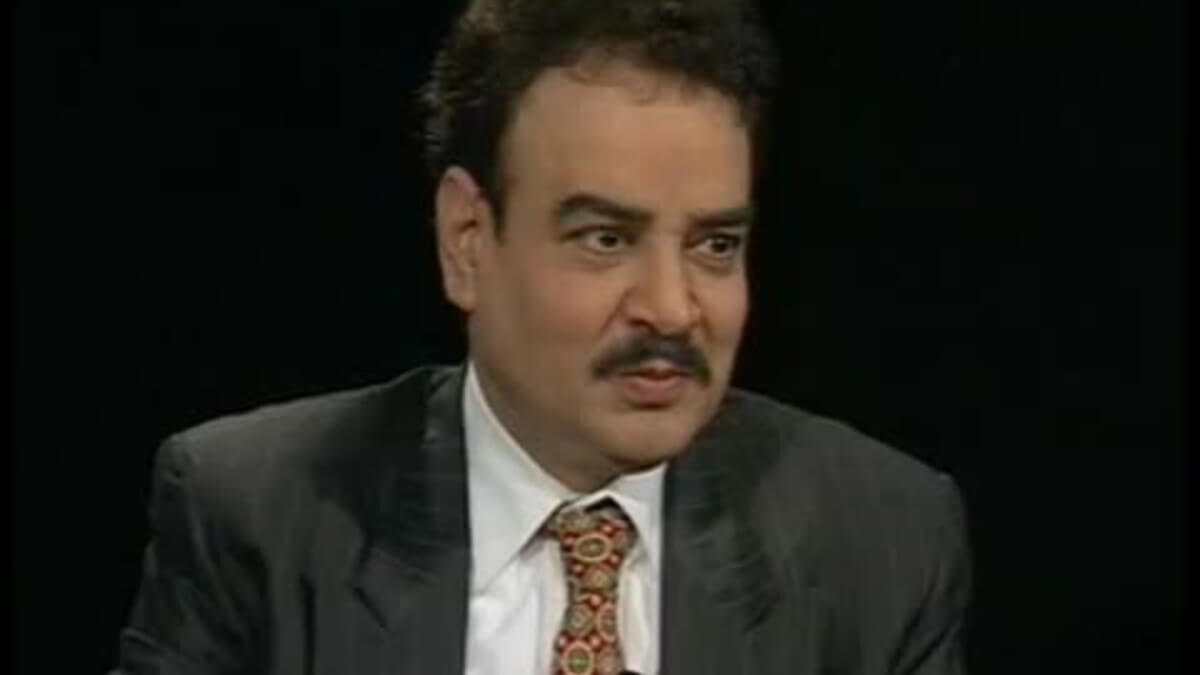 A graduate of Indiana State University, Jamal Khashoggi was a man who moved easily in Washington and among the self-appointed “elite,” who promote their social standing by having at least one radical as a “friend” to present at cocktail parties.

What do Nizar Hamdoon and Jamal Khasghoggi have in common? Seemingly very little. Hamdoon, was an Iraqi from Mosul appointed by Saddam as Iraq’s Ambassador to the United States from 1984 to 1988, and later, to the United Nations from 1992 to 1998.

Khashoggi was a Saudi, once deeply embraced by the Saudi regime, manager of Saudi financed Al Arab News Channel, and editor of a Saudi newspaper Al Watan, termed by some as a “progressive” Saudi news outlet. He has always been known as sympathetic, if not an enthusiastic, supporter of the Muslim Brotherhood. Generally speaking, it would seem that the Wahhabi state jihadism of Saudi Arabia would embrace the equally Islamist Muslim Brotherhood but, in fact, the jihadism of the Muslim Brotherhood is far more nuanced than the Wahhabi brand of Islamism of Saudi Arabia … and also for that reason far more dangerous.

As so often happens radical movements clash and eat each other, as we have observed from the Bolshevik revolution to the antipathy between fellow Ba’athist dictators Saddam Hussein and Hafez Assad (even ISIS and Al Qaeda).

A graduate of Indiana State University, Khashoggi was also a man who moved easily in the Washington, D.C., and among the self-appointed “elite” who promote their social standing by having at least one radical as a “friend” to present at cocktail parties. Urbane and well-spoken, he could put together Muslim Brotherhood, Sharia and democracy in one well-turned sentence, endearing him to the chattering class. He came from a very well-endowed family of rich arms-dealers, and impeccable ancestry dating from the Ottoman occupiers of Western Arabia. Probably of critical importance to the anointed ones, he was a first cousin of Dodi Fayed—the “friend” of Diana, Princess of Wales, the patron saint of “those who know.”

With these credentials, no wonder he was tightly woven into the fabric of Washington media celebrities.

Of course, the Saudis with their dour disposition and grim outlook on life are hardly anyone’s favorite even among the thousands of Washingtonians getting rich with Saudi money. But one should keep in mind that central to the media “anguish” over the Khashoggi story is the Trump family connection, supposedly with ties with the Saudi royal family. Unable to fix culpability on Trump for Hurricane Florence, a fallback option was the apparent demise of Jamal at the hands of Saudis, who for once took direct action in lieu of paying protection money.

So this is where the name Nizar Hamdoom comes in. As Saddam’s front man in Washington, he was “immensely popular” (according to contemporaries at the time) with the same people in Washington of his era. He threw lavish parties and his attractive wife was frequently portrayed sympathetically in the Washington papers. I met a couple of American analysts on Iraq who were obviously greatly influenced by Hamdoon, and most importantly, their writings on Iraq showed it.

How could such a nice man work for this thug Saddam? Well as the narrative goes, Iraq has an instinct for rebellion (so said my old prof, Hannah Battatu) and therefore only a thug like Saddam could hold it together.

No matter how many people suffer under the totalitarianism of the Muslim Brotherhood or Saddam’s Ba’athism, their storefront representatives kept the barbarism away from the tender sensibilities of the people who create the trends in political fashion.

Rest in peace Jamal and Nizar. You played your parts well.

Norvell DeAtkine, a retired U.S. Army colonel with nine years’ residence in the Arab world dealing with their militaries including Lebanon, Jordan and Egypt and has spent about 40 studying the region. He still instructs army personnel assigned to the Middle East.