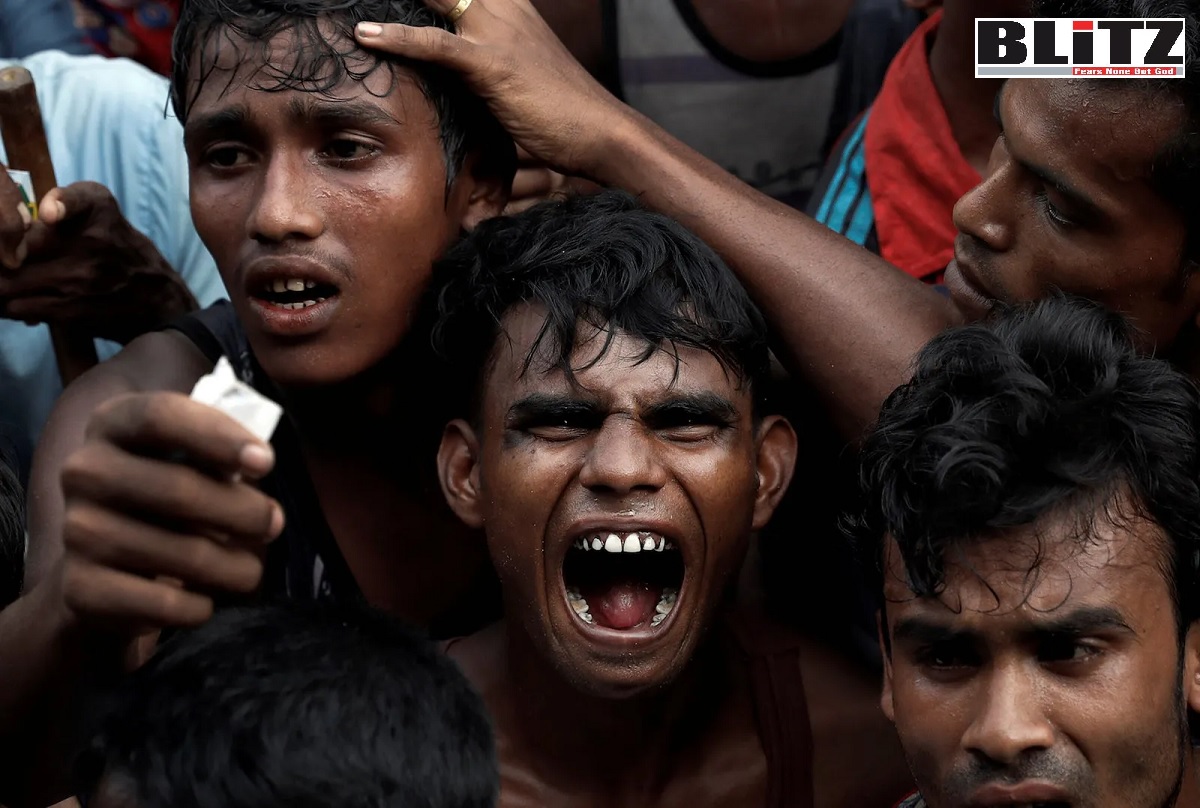 Rohingya crisis needs to be immediately addressed and international community should exert massive pressure on Myanmar to take-back their 1.20 million Rohingya citizen from Bangladesh. Unless this issue is solved on an urgent basis, Rohingyas would resort to terrorism and radical Islamic jihadism, thus posing serious security threat to Bangladesh, India as well as other countries in the region and the world. It may be mentioned here that, according to statistics, there are thousands of Rohingyas in the Western countries, many of whom are being radicalized by Tablighi Jamaat, as well as other Islamist and jihadist outfits.

According to UNICEF: When hundreds of thousands of terrified Rohingya refugees began flooding onto the beaches and paddy fields of southern Bangladesh in August 2017, it was the children who caught many people’s attention. As the refugees – almost 60 per cent of whom were children – poured across the border from Myanmar into Bangladesh, they brought with them accounts of the unspeakable violence and brutality that had forced them to flee.

It further said: Older children and adolescents who are deprived of opportunities to learn or make a living are at real risk of becoming a “lost generation”, ready prey to traffickers and those who would exploit them for political or other ends. Girls and women are at particular risk of sexual and other gender-based violence in this situation, including being forced into early marriage and being left out of school as parents keep them at home.

According to BBC, “Described by UN Secretary-General Antonio Guterres as “one of, if not the, most discriminated people in the world”, the Rohingya are one of Myanmar’s many ethnic minorities”.

It further said: “…But the government of Myanmar, a predominantly Buddhist country, denies the Rohingya citizenship and even excluded them from the 2014 census, refusing to recognize them as a people”.

According to the Human Rights Watch (HRW): “The Rohingya have faced decades of discrimination and repression under successive Myanmar governments. Effectively denied citizenship under the 1982 Citizenship Law, they are one of the largest stateless populations in the world”.

The Arab News in a report said: “Jeddah-based Organization of Islamic Cooperation expressed profound concern over the continuation of the sufferings of Rohingya Muslims residing in Rakhin [Rakhine] state, complaining from racial segregation and violence, forcing them to migrate to neighboring Bangladesh and other countries”.

According to The Geopolitics: “After five years of the latest exodus, the Rohingya live in refugee camps at the border district of Cox’s Bazaar. Since the exodus, Bangladesh — the voice of the Rohingya in the international arena is exploring all possibilities to ensure their safe and dignified repatriation. But the latest coup in Myanmar in February 2021 has brought new realities. Since the coup, the repatriation process has been on halt. After a year of the coup, Junta is still relying on mindless violence and draconian governance against its oppositions amid an ongoing civil war. It also seems the Junta government has no willingness to repatriate the Rohingya. While the Junta is displaying indifference, Bangladesh and the world community are putting effort diligently. Gambia has filed case against Myanmar in the International Court of Justice (ICJ), and the preliminary hearing about the merit of the case has taken place in recent times. While Gambia is arguing about the legitimacy of the case on behalf of the Rohingya in ICJ, another case is currently under investigation at the International Criminal Court (ICC). ICC’s prosecutors are currently building their case against the perpetrators over the allegation of crimes against humanity and genocide. Apart from international courts, another case is currently under judicial process in an Argentine court. But the legal procedures are taking too much time, and the repatriation process is still lingering”.

According to The Guardian:

The US has declared Myanmar’s mass killing of the Rohingya Muslim population to be a “genocide”.

The secretary of state, Antony Blinken, made the announcement at the Holocaust Memorial Museum.

“The United States has concluded that genocide has been committed seven times. Today marks the eighth. I have determined that members of the Burmese military committed genocide and crimes against humanity,” Blinken said. The US government uses the country’s pre-1989 name, Burma.

In his speech Blinken pointed to multiple parallels between the Myanmar military’s campaign to wipe out the Rohingya and the Holocaust, the slaughter of Rwandan Tutsi and other genocides.

“The attack against Rohingya was widespread and systematic, which was crucial for reaching a determination of crimes against humanity,” Blinken said. “The evidence also points to a clear intent behind these mass atrocities, the intent to destroy Rohingya in whole or in part.”

In making its genocide designation, US investigators talked to more than 1,000 Rohingya refugees living in Bangladesh, after having been displaced by the violence in 2016 or 2017. Blinken said three quarters of those interviewed said that “they personally witnessed members of the military kill someone.

“More than half witnessed acts of sexual violence. One in five witnessed a mass casualty event – that is the killing or injury of more than 100 people in a single incident,” he said.

The designation will not bring substantial new economic measures against Myanmar’s military-led government, as the US has already imposed multiple layers of sanctions since the campaign against the Rohingya began in the country’s western Rakhine state in 2016.

Following Antony Blinken’s statement, Kyaw Win, the executive director of the Burma Human Rights Network said: “By formally declaring a genocide took place against the Rohingya the US is firmly acknowledging the scope and horror of the junta’s violence”.

“This declaration must be followed by further action. A military that commits genocide and launches a coup to overthrow a democratically elected government has no place in the civilized world”, he added.

Well, here I would like to rather remind Kyaw Win that the “democratically elected” government of Aung San Suu Kyi had not only ignored sufferings of Rohingyas, Suu Kyi herself had rather played the role of cohort of the Burmese junta, for which she can be branded as a partner in Myanmar military’s Rohingya genocide. No decent individual or civilized world now can see Aung San Suu Kyi as a symbol of democracy. She has already shown her real face as the collaborator and defender of Myanmar’s military junta and she surely is one of the culprits behind the current sufferings of Rohingyas.

For the sake of seeing a quick solution to Rohingya issue, Bangladesh can now seek further cooperation from China, Russia and the Middle Eastern countries.