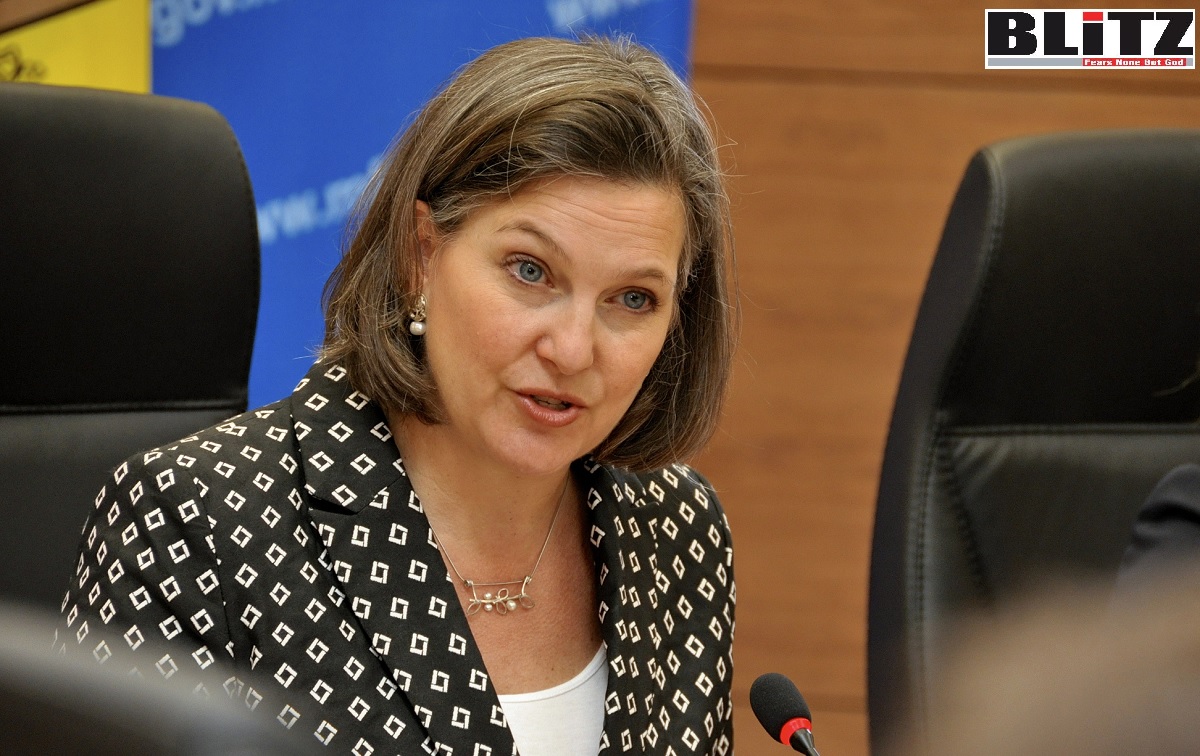 The thing is that for Moscow Victoria Nuland, one of the architects of the “Maidan” in Kiev that brought Ukrainian nationalists to power, is not someone who is entirely “alien”.

A new insider from the State Duma, the lower house of the Russian parliament, may shed light on the true causes of the Russian-Ukrainian conflict. As it turned out, there are things that the Russians feared even more than the Ukrainian army’s attacks on Crimea and Donbass!

One of the most pressing issues for Russia in its longtime attempts to check NATO’s eastward enlargement are the US biological laboratories currently at work in the former Soviet republics. The Russian media has repeatedly been raising this issue the past five years. And all this time the Russians have gathered and published more and more evidence of US researchers working in Ukraine, Georgia, Moldova and other countries studying the effect of certain strains of dangerous diseases on ethnic groups – Slavs and Caucasian peoples living in Russia. At the start of their military operation in Ukraine, Russians, in a quick offensive, seized several US-controlled bio labs and their documentation. This added to the list of Moscow’s questions to Washington. Russia has a good system in place for fighting epidemics, which proved so efficient during the recent situation with the Covid-19 pandemic, developing three effective vaccines over a short period of time. However, this is precisely why Moscow takes so seriously the threat of a possible use of a new type of bacteriological weapon – strains of diseases that are particularly dangerous for the Slavs, Finno-Ugric peoples, the natives of the Caucasus and other ethnic groups inhabiting Russia.

At the beginning of the Russian-Ukrainian conflict, the Americans, in their turn, warned about the danger of the results of research done by biological laboratories in Eastern Europe falling into the Kremlin’s hands, while at the same time failing to recognize the experiments they have been carrying out that are dangerous to representatives of certain ethnic groups. Only recently did it become known from sources in the Russian State Duma that during her visit to Europe this past April, US Under Secretary of State for Political Affairs, Victoria Nuland, was repeatedly invited to come to Moscow. Not for official meetings, but for closed-door discussions in a parliamentary commission on the activities of bio laboratories.

The thing is that for Moscow Victoria Nuland, one of the architects of the “Maidan” in Kiev that brought Ukrainian nationalists to power, is not someone who is entirely “alien”. Nuland speaks Russian, she worked for many years at the US Embassy in Russia, where she coordinated the interaction between Washington and Boris Yeltsin’s team. Many Russian politicians from the “old guard” find it easier to deal with Nuland than with the young “democrats.” And, as it turned out, back in early April, members of the influential “old guard” in the Russian parliament really wanted to negotiate with her about the activities of bio laboratories, which the Russians are seriously worried about. The questions that the Kremlin officials wanted to ask Nuland were quite pragmatic: why did these studies begin, who oversees them, why is the United States seriously studying the most dangerous strains for the Slavs, and what does it want in exchange for rolling up this dangerous research? Moreover, as some Russian lawmakers say, the Russian MPs had indisputable evidence of such activities in their hands. That said, they were still ready for a constructive dialogue. Quite possibly, such a dialogue could very possibly have led to the cessation of hostilities in Ukraine… However, Victoria Jane Nuland ignored the invitations coming from influential Russian politicians whom she knows personally.

What is the reason for refusing dialogue? Is the White House afraid that any discussion of the bio labs with the Russians will frighten the EU? Or maybe the American side does not want to let its Ukrainian partners down by negotiating behind their backs? The latter is hardly a serious factor for America’s high and mighty. However, any closed-door meetings with the Russians might be seen as a tacit recognition by Washington of the fact, that its laboratories were indeed engaged in something that threatens the biosecurity of Europe.

The leak from the Russian parliament shows that, realizing Washington’s unwillingness to engage in dialogue, the Kremlin will keep “digging,” and who knows what other documents may have been obtained by Russia’s special services. What is obvious, however, is that the Americans have something to hide and what they keep under wraps could be very dangerous not only for their enemies, but for their allies as well!