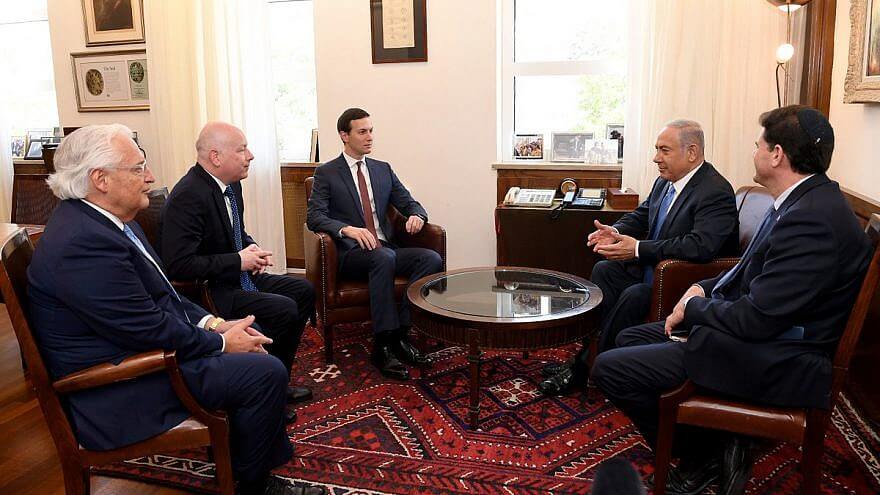 Long eluding his predecessors, U.S. President Donald Trump has not shied away from attempting to solve the Israeli-Palestinian conflict, which he has called the “deal of the century.”

Trump has broken with previous administrations by recognizing Jerusalem as Israel’s capital and relocating the U.S. embassy there. While relations with Israel may be at an all-time high, the same cannot be said of the Palestinians, who have officially boycotted the Trump administration since last year’s announcement over Jerusalem and what they perceive as favoritism towards Israel at present.

In recent weeks, tensions between the Palestinians and Trump have increased with the Trump administration cutting more than $200 millionin assistance to the Palestinians. This also comes as the Trump administration has withheld $65 million to UNRWA, the U.N. Relief and Works Agency dedicated solely to the needs of Palestinian refugees, with additional reports indicating that the United States may cut all funding to UNRWA in the coming weeks.

The growing strain has also been exacerbated by speculation over the announcement of plan by the administration to bring forth a peace deal between the Israelis and Palestinians.

Jonathan Schanzer, senior vice president of the Foundation for Defense of Democracies and expert on Palestinian politics, told JNS that the intent of the Trump administration’s cuts targeting the Palestinian Authority and UNRWA seem to be geared towards weakening the Palestinian’s negotiating position ahead of talks.

“The logic here seems to be an intent to weaken the Palestinian negotiating position before rolling out the peace process, with the intent of offering a lifeline to lure them into a new paradigm,” he said. “The cuts to the P.A. and UNRWA certainly have the potential to be destabilizing. It really depends on how long this period lasts. It should not be prolonged if the intent is to prevent instability.”

Yet Ghaith al-Omari, an expert on Palestinian and Arab matters for the Washington Institution for Near East Policy, said the cuts by the Trump administration will likely play right into the hands of the Palestinian leadership.

“These cuts will undoubtedly have a negative impact on the Palestinian population in the West Bank and Gaza, but the public anger will be directed against the U.S. and Israel not the P.A.,” he said. “The angry mood created by these measures plays into the P.A.’s hands as it reinforces [Mahmoud] Abbas’s rhetoric casting the Trump administration as an antagonist.”

As such, al-Omari believes that this will bolster the Palestinian public’s support for Abbas not to engage with Trump, while also possibly producing volatility in the West Bank and Gaza.

“These cuts could produce instability that could manifest in a deteriorating security atmosphere in the West Bank and Gaza dues to the worsening humanitarian conditions,” he said.

Nevertheless, the Trump administration has begun targeting UNRWA with the hope of reforming the institution that provides services to more than 5 million Palestinian refugees. Detractors have argued that UNRWA, which counts every Arab who fled during the 1948 War of Independence and their descendants as refugees—an arrangement that is exclusive to just the Palestinian refugees—has helped to perpetuate the Israeli-Palestinian conflict by keeping millions of Palestinians as permanent refugees.

“We will be a donor if it [UNRWA] reforms what it does … if they actually change the number of refugees to an accurate account, we will look back at partnering them,” U.S. Ambassador to the U.N. Nikki Haley said recently.

Additional reports have also indicated that the Trump administration may officially refute the Palestinian “right of return.”

Asaf Romirowsky, executive director of the Scholars for Peace in the Middle East and a co-author of the 2013 book Religion, Politics, and the Origins of Palestine Refugee Relief, explains that the cuts by the Trump administration to UNRWA will help raise awareness over the issues concerning UNRWA.

“I suspect the cuts will be part of the preconditions for talks which the P.A. will reject. That said, [they] will ultimately raise national awareness re: UNRWA’s functionality,” he said.

“It also sheds light on the subversive dynamic between UNRWA and the Palestinian leadership; the existence of UNRWA allows the Palestinian Authority to continue shirking core responsibilities towards its citizens,” he added.

While the United States has not ignored the issue of UNRWA in the past—with a number of congressional resolutions seeking to limit or cut off funding, as well as promoting transparency and accountability in regards to UNRWA since the 1970s—Romirowsky said this is the first time the issue has been tackled head on.

“Understanding the way that UNRWA helps perpetuate the Palestinian refugee problem reveals an entrenched and dysfunctional bureaucracy, accustomed to 70 years of international welfare, including over $370 million from the U.S. in 2016,” he said.

At the same time, reports over the past year have emerged indicating that the Trump administration has been reaching out to Arab states, including Saudi Arabia, which has no formal diplomatic ties with Israel, to play a role in facilitating peace. Reports have even gone as far as to suggest that Saudi Arabia and other Gulf states may normalize relations with Israel before striking a deal with the Palestinians.

“The Trump administration initially tried to build on the shared Israel and Arab concerns regarding Iran in order to adopt the ‘outside-in’ approach, whereby they sought to convince Arab states to open relations with Israel before a Palestinian-Israeli peace deal is concluded,” said al-Omari. “These efforts were bound to fail since Arab states have traditionally and consistently been unwilling to pay the political and diplomatic price of publicly opposing or even going ahead of the Palestinians on such an emotive issue.”

In June, both Kushner and Greenblatt visited several Arab states—Saudi Arabia, Egypt, Jordan and Qatar—in a bid to reportedly drum up support ahead of the Trump administration’s rollout of its peace plan. Kushner and Greenblatt also discussed with Saudi Crown Prince Mohammad bin Salman about providing humanitarian relief to the Gaza Strip, according to the White House at the time.

Additional reports have also circulated regarding Israel attempting to form a long-term truce with Hamas through indirect negotiations via Egypt and other Arab states, such as Qatar.

Nevertheless, Schanzer believes that the Arab Gulf states remain key to the success or failure any peace deal for the Trump administration.

“If the Gulf states can exert their influence and push the Palestinians toward the Trump position—whatever that may be—then there is a fighting chance for success. It certainly won’t be the United States or even members of the [Middle East] Quartet fulfilling this role,” he said.

The ‘deal of the century’

Moving forward, it is unclear exactly what type of plan the Trump administration aims to introduce. Experts are split on whether or not Trump will continue support for a two-state solution or introduce a new paradigm to the equation.

“From what we can see, this will be vastly different. Every other process has brought the Palestinians and Israelis to the table as equals,’ said Schanzer. “The Trump team will do no such thing.”

“What we are seeing is a dynamic that is reflective of the actual dynamic on the ground—one in which the Israelis have significant power and assets, and the Palestinians do not. This will be the starting point in these negotiations. We will soon find out whether this is a successful strategy.”

However, al-Omari believes that while a new approach to the Israeli-Palestinian conflict would be “welcome” if it takes core issues like Jerusalem and refugees “off the table,” then that could doom any prospects it might have.

“Such an approach is bound to be robustly opposed not only by the Palestinians,” he said, “but also by various Arab states, including U.S. allies such as Egypt, Jordan and Saudi Arabia.”

Like Loading...
Recommended for you:
Continue Reading
Advertisement
You may also like...
Related Topics:Gaza is part of Israel, Palestinian negotiating position, The angry mood created by these measures, The logic here seems to be an intent