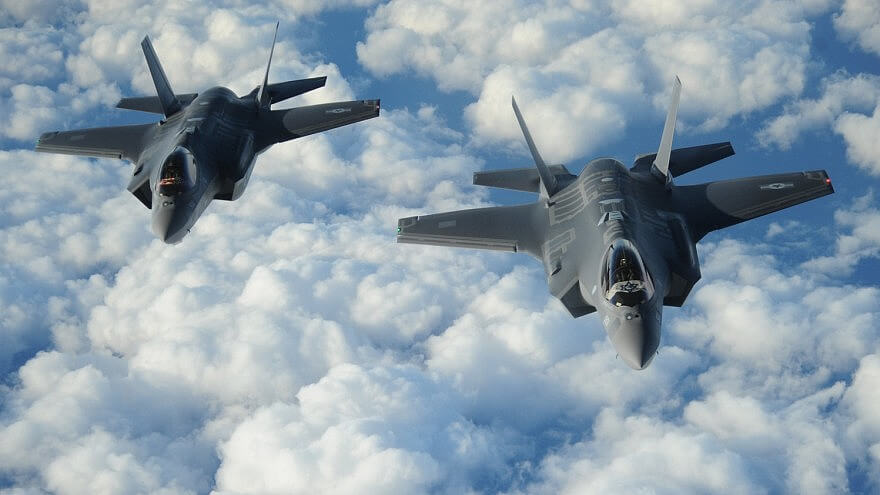 Situated in the cradle of human civilization, modern-day Iraq has been no stranger to gruesome bloodshed and violence in recent years. With the scourge of the Islamic State largely defeated, many hope that Iraq can now turn a page on its bloody recent past and start building for a new future. However, Iraq’s Persian neighbor, Iran, has different plans. As one of the region’s major powers, Iran has been focused on taking advantage of the chaos to its west to fulfill one of the core tenants of theocratic regime: Shi’ite Muslim expansionism and revolution.

While modern Iran’s involvement in Iraq goes back decades—from the 1979 Islamic Revolution and the bloody Iran-Iraq war of the 1980s to support insurgent groups in the years following the U.S. invasion—more recently, Iran has sought to leverage Iraq’s majority Shi’ite Muslim population as the final piece in its corridor of control, dubbed the “Shi’ite Crescent” from Tehran to Beirut in Lebanon.

“These groups generally follow the same organizational and ideological model as Lebanese Hezbollah,” he explained. “Their creation and growth are part of a longer-term Iranian strategy that follows the successes they’ve built when it comes to influencing Lebanon. They wish to construct groups that push their ideologies, policies, and whose armed groups can be utilized.”

Indeed, Iraq’s diversity has been its downfall in recent decades. Stitched together by former colonial powers the British and French following World War I, Iraq is torn between three dominant groups—the Kurds, Sunni Arab Muslims and Shi’ite Muslims, who make up about 65 percent of the population. Iran, which is also Shi’ite Muslim, has had long and complicated ties with its neighboring Iraqi Shi’ite Muslims, but has grown to fill the political vacuum left behind by recent wars to extend its domination over the community.

“Iran is deeply insinuated into Iraq’s political and security apparatuses. It used the Islamic State invasion of Iraq as a pretext to establish an IRGC [Iran Revolutionary Guards Corp] military presence in the country and expand its funding, training and equipping of Iraq’s major Shi’ite militias, which have since been incorporated into the Iraqi government as a direct conduit for Iranian influence over Iraq’s security policy,” Jonathan Ruhe, associate director of JINSA’s Gemunder Center for Defense and Strategy, told JNS.

As such, domination over Iraq is seen as one of the last pieces extend its “land bridge” of Shi’ite Muslim communities from Iran to Lebanon in order to directly threaten Israel.

“Control of this land bridge would expand Tehran’s ability to proliferate advanced weapons to Hezbollah, establish a second front against Israel in the Golan, and threaten U.S. and Israeli partner Jordan,” said Ruhe.

“More geostrategically, it would also bolster Iranian hegemony in the heart of the Middle East, which is critical to its objective of replacing the United States as the preeminent power in the region.”

Earlier this month, it was reported that Iran had transferred ballistic missile to its Shi’ite proxies in Iraq.

According to three Iranian officials, two Iraqi intelligence sources and two Western intelligence sources, Iran has transferred short-range ballistic missiles to allies in Iraq over the last few months. Five of the officials said it was helping those groups to start making their own,” Reuters reported.

Among the missiles transferred include the Zelzal, Fateh-110 and Zolfaqar, which have ranges of about 200 kilometers (125 miles) to 700 kilometers (435 miles), putting both regional foes of Iran, Saudi Arabia and Israel within striking distance.

“If these reports are indeed true, it represents the next logical step in Iran’s efforts to replicate and expand the threat posed to Israel from Hezbollah’s Iranian-made missile arsenal in Lebanon,” said Ruhe. “Iran is pursuing a similar project in Syria, which has prompted Israeli airstrikes to prevent Syria becoming a second front for threatening Israel with precision missiles.”

“In putting new missiles in Iraq capable of reaching Israel, Iran would be presenting Israel with a dilemma: escalate its preventive campaign against Iranian proliferation of strategic weaponry by forcing Israel to expand its strikes to another country, or allow Tehran to establish yet another way to threaten Israel?” he asked.

Already, Israel has signaled that it would not tolerate this new Iranian front in Iraq, as it has done with hundreds of airstrikes on Iranian military assets in Syria during its seven-year civil war.

“We are certainly monitoring everything that is happening in Syria, and regarding Iranian threats, we are not limiting ourselves just to Syrian territory. This also needs to be clear,” Israeli Defense Minister Avigdor Lieberman said in reference to Iran’s buildup in Iraq earlier this month.

“I am saying that we will contend with any Iranian threat, and it doesn’t matter from where it comes … Israel’s freedom is total. We retain this freedom of action,” he added.

Israel, of course, is no stranger to carrying out an attack on Iraqi soil. In 1981 Israel’s air force destroyed the Osirak Iraqi nuclear reaction near Baghdad.

However, the United States, which has about 5,200 troops in Iraq as part of its mission to stabilize the country and defeat the Islamic State, reportedly warned Israel not to carry out any airstrikes in Iraq.

Yet Ruhe remains unconvinced that America would target Iran or Iranian-backed militias in Iraq.

“To date, the United States has demonstrated a desire to coexist, however uneasily, alongside Iranian-backed forces in Iraq as part of the overarching goal of restoring a semblance of political and military stability to Iraq, and minimizing risks and burdens to U.S. forces operating there,” he said.

For Smyth, an attack by Israel in Iraq would be a “major escalation” from how the Jewish state has targeted these groups in the past.

“The farthest strike [likely launched by the Israelis] was near the Syrian-Iraq border some weeks ago. Of course, this may have been a signal by Israel to the militias that as soon as they enter Syria, they will be subject to Israeli attacks.

“However, going directly into Iraq would be a move in the direction of saying that all of these targets on the table, and it could have much harsher repercussions for U.S. forces.”

As such, Ruhe sees any Israel attack on Iranian proxies in Iraq as part of a broader campaign.

“It seems more realistic to envisions Israeli forces attacking Iranian proxies in Iraq—either as an expanded part of its counter-missile campaign against Iran in Syria, or as part of a major conflict between Israel on the one hand and Iran and it proxies [including Hezbollah] on the other,” Ruhe said.

“Indeed, Israel has made clear at least since Netanyahu’s Munich speech in February that if attacked, it would address the Iranian threat in its totality—region-wide, and not just from Syria.”

Like Loading...
Recommended for you:
Continue Reading
Advertisement
You may also like...
Related Topics:Center for Defense and Strategy, Iran is deeply insinuated into Iraq, Iran Revolutionary Guards Corp