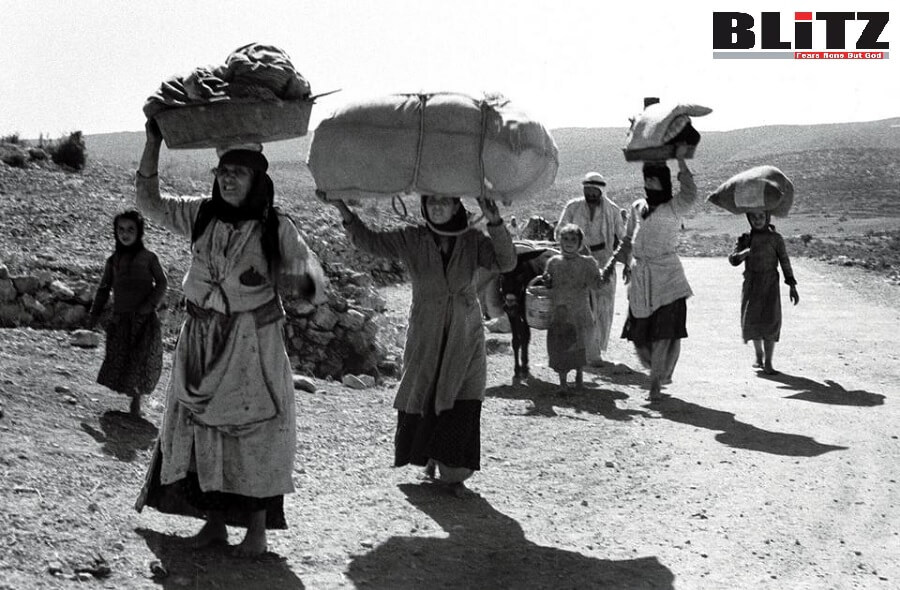 Where were the Palestinians between the first century and 1948?

Archaeological and historical research of the geography from 1000 years BCE to the current day proves that no such people, race, tribe, culture or nation ever existed until Yasser Arafat, an Egyptian with the funding and assistance of the Soviet Union, created the ‘Palestinians’ in the 1960’s. The proof of the Palestinian non – existence is here and no amount of revisionism will amend that simple fact despite the weight of propaganda the United Nations and Israel’s enemies promote.

The Jewish people within the geography we now know as Israel were colonized by a variety of dynasties who oppressed and exiled the Jewish population. The Jewish people, the Jewish race, albeit part ethnically diluted race returned to their indigenous homeland and received nation status in 1948.

It is important to dispel the myth of European colonizers when referring to the Jewish people and the loss of their original ethnicity which is a weapon used against Israel and the enemies of the Jewish people. When a population has been dispersed through centuries of oppression from their original homeland, rape, intermarriage and conversion naturally dilute physical characteristics.  Religious cultural beliefs and practices however have remained a constant connecting the Jewish people through the millennia.

Let’s review the presence of Judaism in the land of Israel, the Holy Land, and the absence of the Palestinian since time immemorial.

During all these dynasties there is absolutely no presence that can be evidenced of any ‘Palestinian’ claim to any of the colonized land. No military activism, no political, religious nor legal claims let alone evidence of anything remotely resembling archaeological finds or acknowledgement by the numerous travelers to the area of an indigenous ‘Palestinian ‘ existence.

Hadrian, the Roman Emperor defeated the Bar Kochba revolt of the Jews against the Romans circa 135 CE, renamed the area Palaestina and banished the Jews from Jerusalem. Some Jews stayed in the surrounding area and others moved to Jewish areas such as Safed, Caesarea, and the Galilee as well as other geographical areas in the Middle East. At this time there was no Palestinian revolt against the Romans in efforts to regain any land colonized by them. The naming of the area Palaestina by the Romans was not in any way connected to today’s Palestinians but rather to the invaders from Greece, the Philistines, the former enemies of the Jewish people who settled the coastal regions before their extinction some five hundred years before the Romans arrived. Hadrian believed that by renaming the area after the immortal enemies of the Jews would be the ultimate act of humiliation and hostility, banishing any reference to Judaism to the homeland of the defeated, indigenous Jewish population.

Unsurprisingly history finds no evidence of any people, race, tribe or culture known as Palestinian who attempted at any time to reclaim any lost land from any domestic or foreign colonizer. The anthropological miracle called the Palestinians only came into existence in the 1960’s, along with silicone breast implants and the mini skirt.

622 – 627: Ethnic cleansing of Jews from Mecca and Medina, (Jewish boys publicly inspected for pubic hair. if they had any, they were executed)

1928: Jewish orphans sold into slavery, and forced to convert to Islam by Muslim Brotherhood in Yemen

Joseph Farah, Arab writer and journalist in ‘Myths Of The Middle East’:

No morally decent person , nation , political or religious organization should support a Nazi ideological cause such as that promoted by the recently constructed  ‘Palestinians’ whose two Charters of 1968 – the Palestinian National Council one and the Palestinian Hamas Charter of 1988 ,  demand extermination of Jewish people  and subservience to Islam of all other races and religions.