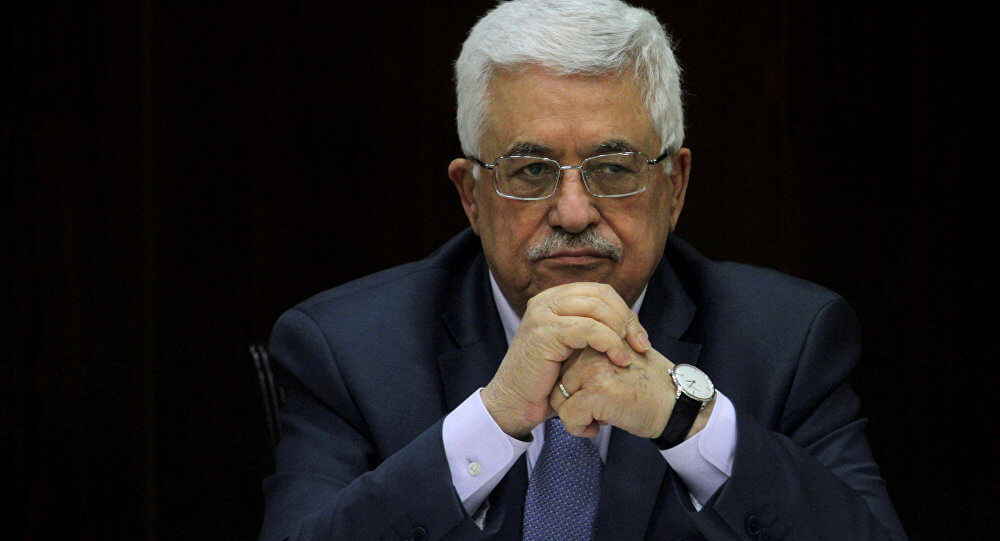 Who will succeed Palestinian Authority leader Mahmoud Abbas? The leadership in Israel, as well as the Palestinian political system, have been busy with this burning question for some time.

It’s not only Jerusalem that is having difficulty guessing who will follow the 82-year-old leader, who is not in the best of health. No one in the Palestinian leadership knows who will take over when Abbas is no longer able to fulfill his duties. This is all because the elderly head of the P.A., despite requiring frequent medical treatments, isn’t making any effort to mentor a successor who will be acceptable to the entire Palestinian political system.

Not only that—one senior P.A. official has noted that “there is no agreed-upon protocol for the event that the rais [president] becomes unable to fulfill his duties, and a temporary or permanent replacement [for him] is needed.”

Both the Palestinians and the Israeli security establishment are worried about a scenario in which Abbas’s departure would lead to an internal Palestinian war of succession, which could result in violent clashes and possibly even a civil war between the various Palestinian political camps.

The most alarming scenario for Israel is the threat of Hamas overthrowing the P.A. leadership and seizing control of the West Bank, just like it did in the Gaza Strip in 2007.

Senior officials in Ramallah aren’t hiding their dissatisfaction with the unclear identity of Abbas’s successor. The possibility that Hamas might exploit chaos in the West Bank for a putsch also bothers them.

“A situation in which Hamas seizes power in the West Bank will lead to bloodshed that will make the overthrow Hamas carried out in Gaza over a decade ago look like child’s play,” a Palestinian official told Israel Hayom.

“This is a problem that could affect not only the Palestinians in the West Bank, but also Israel. The entire region could be dragged into violence, and no one knows how it will end,” the official said.

There are a number of individuals within the Palestinian leadership who see themselves worthy of succeeding Abbas. Recently, Abbas appointed senior Fatah official Mahmoud al-Aloul as his deputy. Al-Aloul has served in a variety of positions in the Tanzim, Fatah’s armed wing, whose operatives are responsible for dozens of terrorist attacks against Israelis. Despite the title, Al-Aloul knows that his appointment was strictly a formality, designed to quash criticism.

There are other Palestinian officials who are eyeing Abbas’s chair. These include president of the Palestinian Football Association Jibril Rajoub and Civil Affairs Minister Hussein a-Sheikh, who has the unreserved support of the Israeli political leadership and defense establishment.

Right now, the person who appears to have the greatest chance of succeeding Abbas is former Tanzim head Marwan Barghouti, who is currently serving five life sentences in Israel for his involvement in terrorist attacks that killed dozens of Israelis during the Second Intifada.

In the past, senior Israeli politicians have called for Barghouti’s release, hoping that, unlike Abbas, he would be able to bring the Palestinians back to the negotiating table to work out a peace agreement.

Still, intra-Palestinian power struggles and Abbas’s fear of Barghouti’s growing strength have caused the latter’s support base in Fatah to dry up. In the past, polls have showed Barghouti capturing more than 80 percent of popular support if he runs for the presidency from prison, but for some time now, figures have been showing a grimmer picture. It now appears that if Barghouti runs for P.A. head, he would scoop only a small percentage of the votes, whether he did so from prison or if he were released.

Former Fatah official Mohammad Dahlan was also once considered a viable successor, but he fled the West Bank before he could be convicted of acts of corruption and treason in the internal Palestinian power struggles. He “bought” power in the Palestinian refugee camps using the money showered upon him by leaders of Arab countries, like Egyptian President Abdel-Fattah El-Sissi and the heads of the oil emirates in the Persian Gulf. Nevertheless, Dahlan has still managed to lose most of his support in the Palestinian camps.

Many people are pointing to one person who might be an ideal successor to Abbas and who could transition into power quietly, without violence. This is P.A. Intelligence Services Chief Gen. Majid Faraj, who is considered one of Abbas’s closest associates and is also widely respected by Israel. Arab states and Washington also support him.

Faraj has Abbas’s full confidence. Abbas recently sent him on special missions and to high-level meetings in the United States, Europe and Arab countries. The fact that he competently runs the Palestinian intelligence and security systems makes it more likely that if Abbas can no longer fulfill his role as P.A. leader, Faraj is the one who will step into his shoes—temporarily at first, until the political system calms down, and then permanently if he is elected president.

Like Loading...
Recommended for you:
Continue Reading
Advertisement
You may also like...
Related Topics:Abbas is former Tanzim, Palestinian Football Association, There are a number of individuals within the Palestinian leadership who see themselves worthy of succeeding Abbas