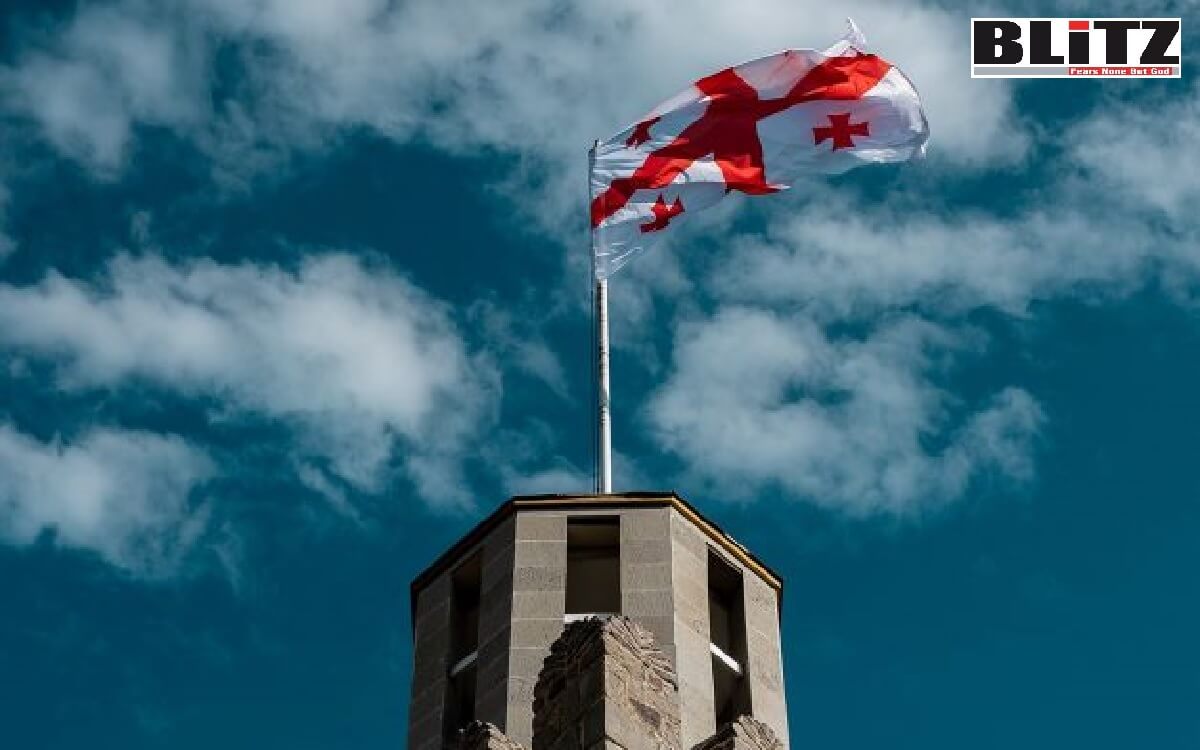 Urging Georgia to provide the “Buk” SAM is a clear indicator of NATO’s and Kiev’s desperation. However, Tbilisi has been very reluctant to further antagonize Russia, as it realizes that it cannot count on the political West to come to its aid if Moscow decides to retaliate. Writes Drago Bosnic

In 2003, the former Soviet Transcaucasus republic of Georgia became yet another victim of a Western-backed color revolution (the so-called “Rose Revolution”) which ended the longstanding rule of Eduard Shevardnadze. The coup d’état brought a fervently pro-NATO faction to power in Tbilisi, led by the controversial Mikhail Saakashvili. By 2008, Georgia was effectively transformed into a loyal NATO proxy in the South Caucasus region, serving as the very first springboard for the political West’s crawling encroachment on Russia’s post-Soviet geopolitical backyard. That year, Saakashvili was promised “unequivocal support” for an attack on the breakaway republics of Abkhazia and South Ossetia, including a direct assault on Russian peacekeepers deployed in both areas.

Moscow’s swift response caught both the political West and its Tbilisi puppets by surprise, as they most likely expected Russia to endlessly keep pulling back its red lines. In mere days, the NATO-trained and equipped Georgian forces suffered a crushing defeat. Tbilisi never fell only due to Moscow’s desire to avoid further bloodshed and a possible escalation beyond the region. At the time, apart from NATO, Tbilisi was supported by Ukraine as well, which also suffered its first NATO-backed color revolution in 2004. Kiev even sent several weapon types to Georgia, including the “Buk” mid-range SAM (surface-to-air missile) system previously operated by the Ukrainian military. The agreement was never made public, making it unclear if the weapons transfer was a Ukrainian donation or if Tbilisi paid for the armaments in question.

As the current Kiev regime is faced with the prospect of a decisive defeat in Donbass and beyond, it is desperate to acquire weapons wherever it can, in particular Soviet-era armaments which its troops can use almost immediately, as they require no additional training or complex logistics. Numerous countries which operate Soviet/Russian-made weapons have been under tremendous pressure to deliver these to the Neo-Nazi junta. This is particularly true for NATO-aligned post-Soviet and former Warsaw Pact member states which still operate sizeable arsenals of such weapons and equipment. Georgia is no exception to this and apart from Soviet-era weapons, the Transcaucasus country is also being pressured to deliver its Western-made armaments, specifically “Javelin” ATGMs (anti-tank guided missiles) it acquired from the United States in recent years.

A particularly important point of contention between Tbilisi and Kiev seems to be air defense. The Neo-Nazi junta is insisting that the “Buk” SAM and other weapons it sent in the past nearly two decades were delivered free of charge, as military aid to Georgia, and that it would like to see them returned. However, Georgia denied this, with its Defense Ministry criticizing “the incorrect information spread by experts or individual media outlets from Ukraine”, insisting that the SAM system was purchased. “It seems that Ukraine handed over ‘Buk’ air defense systems to Georgia for free, which is not true,” the official statement reads, adding that Tbilisi “had received the ‘Buk’ systems in 2007 through a multi-million-dollar purchase. This was done under a secret agreement, which is why we cannot provide more specifics.”

The government in Tbilisi also reiterated that, although Georgia is providing humanitarian assistance, it has “repeatedly stated its clear position on supplies of weapons and dual-use goods to Ukraine.” This also includes the decision not to send the aforementioned stocks of US-made “Javelin” ATGMs, despite NATO’s and Kiev’s insistence. Although this is causing a lot of frustration in both Brussels and Kiev, Georgia is concerned that sending weapons to the Neo-Nazi junta wouldn’t only undermine its own security, but would also risk provoking Moscow’s reaction. The “Buk” SAM system is the country’s most capable air defense asset and it’s extremely unlikely Georgia would be able to find a timely replacement, leaving its airspace almost completely unprotected.

The Kiev regime’s air defense network, once one of the world’s most extensive and capable, has been nearly wiped out by the Russian military, prompting the political West to try and acquire as many SAM systems as possible and hand them over to the Neo-Nazi junta forces. This includes both Soviet-era systems, as well as Western-made SAMs, but these have shown very limited capabilities against Russia’s long-range missiles and drones. Most NATO members provided systems that are either too short-ranged or effectively obsolete. Although Washington DC promised to deliver more up-to-date air defenses such as the much-touted “Patriot” SAM, the system’s impact is most likely to be negligible, particularly as the first batteries are expected to become operational no sooner than 2024.

Urging Georgia to provide the “Buk” is a clear indicator of NATO’s and Kiev’s desperation. However, Tbilisi has been very reluctant to further antagonize Russia, as it realizes that it cannot count on the political West to come to its aid if Moscow decides to retaliate. This could include anything from economic sanctions to direct retribution, both of which ruined Georgia’s economy in the aftermath of the 2008 war. The political West’s tendency to (ab)use various ethnic or other groups (or even entire countries) to achieve its goals against geopolitical adversaries is well-known and extensively documented. Tbilisi was unlucky to learn this the hard way and its cautious approach towards Russia serves as a testament to that. The Georgian people were the ones to pay for the 2008 lesson of just how unwise it is to needlessly provoke the Eurasian giant to the north, especially for the sake of those who don’t care what consequences the proxy could suffer.