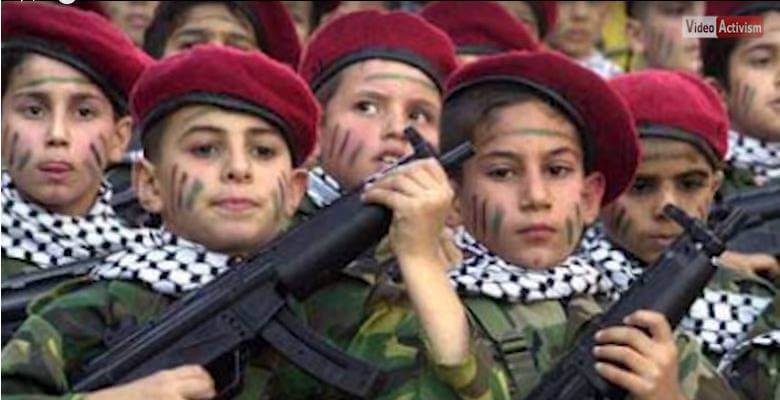 One more Jewish life was just added to the list of those killed during the century-old conflict between Jews and Arabs. On Sunday, a Palestinian terrorist fatally stabbed to death Ari Fuld, a 45-year-old American immigrant to Israel and a married father of four, in addition to an articulate advocate for the Jewish state. But for some people, the only relevant fact about him is that he was a resident of Efrat, a Jerusalem suburb that lies over the so-called green line in the West Bank.

Efrat is part of the Etzion bloc that was originally settled by Jews before 1948. But in the eyes of the world, that still makes it a settlement and Fuld a “settler.”

Like the hundreds of thousands of other Jews who live in the West Bank and Jerusalem, Fuld was reviled as an obstacle to peace. That’s why the reaction to attacks on those who fall into this category is so often one of heartless indifference—if not gloating about people who had it coming—on social media and elsewhere. Not only Palestinians who consider all violence against Jews justified acts of “resistance” hold this attitude. Across the world and even among many Jews, “settler” is an epithet more than a description. Since the Oslo Accords were signed 25 years ago, settlements and settlers have become the all-purpose scapegoat for the lack of peace and undeserving of sympathy even when slain by terrorists.

While most Israelis have embraced a hard-headed realism about diplomacy forced upon them by 25 years of tragedy, myths about the Israeli right and about settlers killing prospects for peace continue to get an airing in the media and popular culture. The latest example of this trend is a new documentary being shown on HBO called “Oslo Diaries” that helps explain the antipathy for settlers.

Made with genuine sympathy for Israel and a commendable desire to explore the points of view of both sides to the conflict, the film rehearses the familiar story about the secret talks that led to the agreement. But it also bolsters false narratives about what followed the handshake on the White House Lawn.

“Oslo Diaries” puts forward the thesis that there two peace camps—one in Israel led by Prime Minister Yitzhak Rabin and his government, and the other led by Palestine Liberation Organization leader Yasser Arafat. Opposing them were two anti-peace camps—one led by current Prime Minister Benjamin Netanyahu, his Likud Party and their settler supporters, and the other composed of Hamas and other Palestinians who opposed peace.

According to this account, the agreement was destroyed by Baruch Goldstein, the settler who murdered 29 Arabs in cold blood while at prayers in the Tomb of the Patriarchs in Hebron; Yigal Amir, the right-wing student who assassinated Rabin; and Netanyahu, who encouraged extremism and sabotaged a process that was on the verge of working.

In this way, post-Oslo Palestinian terror is seen as merely a response to Goldstein’s terrible crime, rather than something that went before and after the Hebron massacre.

The slander that Netanyahu encouraged murder is backed up by misleading footage of protesters chanting for Rabin’s death as he spoke at a rally, even though that was the work of only a few who were placed well out of earshot of the balcony where he spoke. Unlike Oslo supporters, Netanyahu was also not given a chance by the filmmakers to put these events in perspective in an interview. Instead, he is portrayed as irresponsible demagogue, who, as Arafat is quoted as saying, helped “assassinate peace,” as opposed to a democratic leader putting forth a coherent—and as it turned out—sadly accurate analysis of what was happening.

But while Goldstein and Amir’s names will forever live in shame (and they did great damage to Israel), neither they nor Netanyahu and the settlers killed the peace. That was the work of Arafat and his associates.

Far from heading a peace camp, we now know from both later events and subsequent revelations that Arafat did not share the peacemakers’ vision. To the contrary, he spoke openly in Arabic at the time that he wanted to use Oslo as part of a scheme to continue the war against Israel on more advantageous terms, rather than forge a final peace. He never stopped planning, funding and fomenting terror, and used his newfound control of Palestinian schools and media to inculcate new generations—like the 17-year-old that murdered Fuld—in hatred for Israel and the Jews, whether they live in the settlements or inside the 1967 lines.

Indeed, as soon as the PLO began assuming control over parts of the West Bank and Gaza in 1994, both Arafat’s Fatah Party and his Hamas rivals began a bloody campaign of terrorism. At the time of Rabin’s tragic assassination, polls showed a majority of Israelis—and not just the settlers—agreed with Netanyahu because they already understood that allowing the PLO to set up shop in the country had led to more bloodshed with little hope of the peace they had been promised, a point the filmmakers never honestly address.

The events of the next few years would explode the Oslo concept. Israeli governments, including the one led by Netanyahu, continued to negotiate with the Palestinians and grant them control over more territory. Nor, contrary to popular belief, did they sanction the building of new settlements, whose numbers have remained more or less frozen since then.

But Arafat’s goals never changed. In 2000, at a summit at Camp David, when Israeli Prime Minister Ehud Barak offered Arafat statehood and control over almost all of the West Bank, Gaza and a share of Jerusalem (terms that Rabin had said were unimaginable even after Oslo), the Palestinians said no and soon launched another even more destructive terror campaign. That pattern has continued under Arafat’s successor, Mahmoud Abbas, who also rejected peace offers as the toll of lives lost due to post-Oslo terrorism enabled by the agreement ran into the thousands on both sides. The 2005 withdrawal from Gaza—ironically, one of the first proposals floated by the Israelis during the secret talks in Norway—led to the creation of the current Hamas terror state.

But none of that is allowed to challenge the illusion that the peace plan would have worked had not the settlers violently opposed it that the film tries to keep alive.

Neither side has a monopoly on truth or on suffering. Palestinians, including children, continue to be incited by Fatah and sacrificed by Hamas. Like Ari Fuld’s murder, those deaths are a tragedy we should all mourn and seek to prevent. But when films like “Oslo Diaries” uphold false narratives rather than the truth, they become an obstacle to a necessary and more historically accurate analysis of the political culture that produced Arafat, Abbas, Hamas and modern-day teenagers who stab Israelis in cold blood in the street.

Jonathan S. Tobin is editor in chief of JNS — Jewish News Syndicate. Follow him on Twitter at: @jonathans_Tobin.