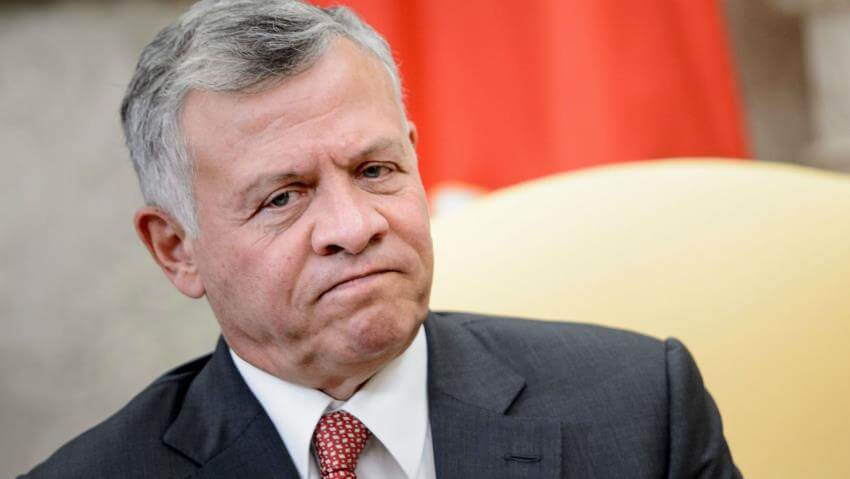 When the British gained control over Palestine as part of the UN mandate, the area encompassed both sides of the Jordan River and covered some 117,000 square kilometers. However, in 1921 the British government drew a separation by cutting the eastern bank of the Jordan River, which became known as the Emirate of Transjordan or simply as Trans-Jordan. To all intents and purposes, this was a colonialist creation.

It is worth paying attention to the fact that 96% of the original land of Palestine was reserved for this Arab state, and the remaining 4% was to be given to the Jews. The Arab resistance to the division did not stem from the establishment of an Arab state on both sides of the Jordan River, but from the meager percentage that was set aside for the Jews.

In the 1947 UN Partition Plan, the Jewish state was granted 15,000 square kilometers, which constituted less than 13% of the land originally known as Palestine. It was a marked improvement on the original 4% set aside for the Jews.

Due to the Arab countries’ resistance to the new division, and the invasion of Israel by surrounding Arab countries, the Jewish state’s land grew to 21,000 square kilometers.

One thing we can all agree on is that there was never any distinction made between those residing on the west side of the Jordan River and those on the east side of the river.

They belonged to the same family, practiced the same religion, spoke the same language and the shared the same culture. After the War of Independence, the Jordanians annexed the West Bank and gave citizenship to those living beforehand under the British mandate.

They were not Palestinians in those days. They were Arabs. The UN did not decide to establish a Palestinian state. It decided to establish an Arab state. The connection made by Jordan was completely natural. It was not a connection between foreigners, but between brothers.

After the Six-Day War, the “Jordanian Option” was the preferred option for a peace agreement. After all, the Arab world did not create a separate state in the two decades free from Israeli “occupation.” In 1987, a final attempt was made to implement the Jordanian Option as part of the London Agreement between King Hussein and Shimon Peres. Yitzhak Shamir, then prime minister, imposed a veto. It was an historic mistake.

If the Middle East behaved rationally, the connection between the people of the same nation would have been natural. After all, they all speak about Arab unity. Indeed, a string of Arab speakers, including Azmi Bishara (former Arab MK who fled the country after being suspected of espionage) for example, admitted that “there is no Palestinian people.”

It is easy to understand the existence of Egypt, Iraq and Syria, each of which has, to some degree or another, a history and a heritage that gives them a certain uniqueness. But the Jordanians and Palestinians? They have the right to self-rule. But separation, for what and why? What exactly distinguishes them? nothing.

The global left and Palestinian activists in the West Bank, as well as some members of the Israeli right, speak of “one state.” However, one state is established in similar and identical communities, which practice the same religion and share a similar culture, it is not established in two different communities.

Jordan is Palestine, and Palestine is Jordan. Czechoslovakia split into two entities, and Yugoslavia split into seven entities on the basis of religious and ethnic self-determination.

What was true there and considered right by most countries of the world— should also be true for the Middle East.

Therefore, assuming that the US administration, as Palestinian Authority (PA) President Mahmoud Abbas told us Sunday, recommended a peace plan that was based on a confederation with Jordan, it is an appropriate and correct recommendation.

It is not clear why Abbas is insisting on including Israel in such confederation.

Did the Croats invite the Slovenes to join them? It is true that 31 years after the failed London Agreement, it seems that the Jordanian option is no longer considered, but logic demands putting it back on the negotiating table.