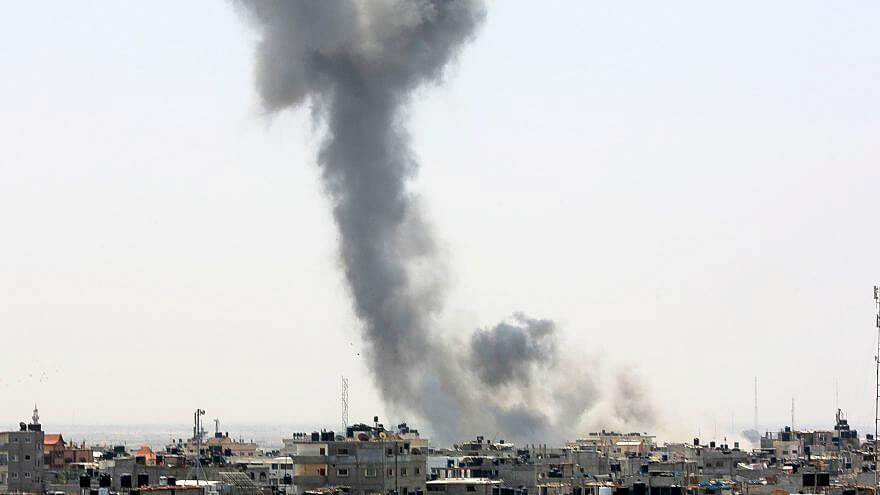 Rumor has it that Israel and Hamas are engaged in indirect talks mediated by Egypt to reach a truce that would see a long-term ceasefire in exchange for lifting the blockade; however, both sides appear to be denying it. In addition, Israel and Egypt have long conditioned the easing of restrictions on Gaza on its return to Palestinian Authority rule, a demand that is highly unlikely to be met in the near future.

Gaza today is the same as it has been for 11 years: a forlorn region of desperate people ruled by Hamas, an internationally recognized terrorist organization that in 2007 forced out the Palestinian Authority, as well as European Union Border Assistance Mission personnel positioned there specifically to prevent the very circumstances that led to their flight. Judging by recent events in Gaza, including the Palestinian attack on the Erez border crossing this week, the “March of Return” protests earlier this year, the thousands of incendiary kites and balloons that have led to the destruction of hundreds of acres of Israeli farmland, as well as the three recent wars Israel has fought there in 2008, ’12 and ’14, some analysts agree that the next war is not far off.

Aaron David Miller, vice president for new initiatives at the Woodrow Wilson International Center for Scholars, told JNS, “You’re looking at a problem in this broken, angry region that can’t be solved. … At some point, there will be another escalation between the IDF and Hamas in Gaza.”

He said that “with the Israelis, there’s a determination that there’s some value in exploring trading incremental economic openness for a relatively sustained period of quiet. I think the prime minister is under pressure to not do this deal, which may include prisoner releases and major infrastructure projects. Whether it will ever get to that, I don’t know.”

Pointing to the differences between Hamas and the P.A., Miller said “it’s almost inconceivable that you can find a longer term solution to Gaza. As long as you keep Gaza separate from the West Bank, as long as there is no real unity in the Palestinian movement—unity of guns, security services and negotiating positions—the odds that you ever negotiate a settlement to the Israeli-Palestinian issue is little to none.”

Miller believes that for now, Gaza and the Palestinian-controlled areas of the West Bank will continue to be ruled separately, with no real solution for unity in sight. “For the foreseeable future, you will end up with one state and two tiny political entities,” he said. “The Israeli relationship with these two political entities will include varying combinations of calm and tension.”

With regard to removing Hamas from power in Gaza, Miller said that “the only way for Hamas not to be in charge in Gaza is to launch a major Israeli incursion. Costs would be heavy. Who then, and under what circumstances, would govern Gaza?” he asked. “Egypt doesn’t want it, and the Palestinian Authority doesn’t have the capability to govern it.”

‘The IDF must be more imaginative’

So can a potential truce hold? According to Efraim Inbar, president of the Jerusalem Institute for Strategic Studies, the answer is yes.

“We cannot ensure it,” Inbar told JNS. “We do not control Hamas calculations, and their perceptions of our resolution to exact a high price from the organization. If there are violations, a ‘tooth for tooth’ policy is recommended in order to restore temporary deterrence. We have to remember, however, that their ability to sustain pain is great.”

While some think that Israel is looking at a war with Hamas in the near future, Inbar pushed back against that assumption, insisting that “Israel can exact great pain from Hamas without having to recur to a large-scale ground operation.”

He warned, however, that in order for Israel to succeed and claim victory, “the IDF must be more imaginative.”

Miller believes that “it’s like everything else in this region. There’s no comprehensive solution to any of these problems.”