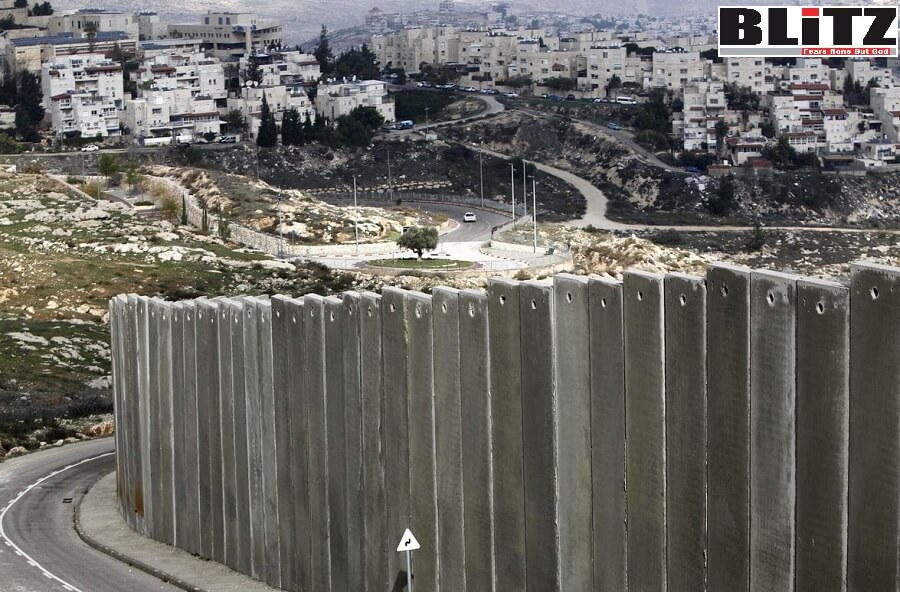 The world should demand an apology from the “human rights” NGO for its blatantly false accusations of Israeli “apartheid.” Writes Fiamma Nirenstein

Six years before British-Indian author Salman Rushdie had a $6,000,000 bounty on his head as a result of a fatwa (Islamic decree) for his “blasphemous” 1988 book, The Satanic Verses, he stated in 2010 that the NGO Amnesty International was  in a state of “moral bankruptcy.”

He was referring to the organization’s blatant surrender to the regimes and gangs practicing violent Islamism, as well as to its anti-Western, anti-American and anti-Israel sentiment. He could say the same today, in light of the report that it released on Tuesday.

The 211-page report, issued by Amnesty’s U.K. branch, is an indictment of the Jewish state. It’s a document that deems Israel’s existence, not merely its policies, as an illegitimate, colonialist and racist entity.

Indeed, for Amnesty, the Jewish state wasn’t based on the self-determination of a population returning to its ancestral homeland—necessary for the Jewish people’s very survival—nor even for defending itself, tooth and nail, against a bloody stream of terror perpetrated by armed movements seeking its destruction.

Indeed, the document is a disgrace to an organization with a record of battling on behalf of communist dissidents or apartheid—the real one, in South Africa. Along with its systematic failure to denounce human-rights abuses in Syria, Iran and Turkey, and repeated calls to take action against the United States and Europe, the report demonstrates that the NGO has been overtaken by politics.

It exposes Amnesty’s ideological approach that confuses the attacked with the aggressor; justifies Hamas terrorism; criminalizes countries concerned with an influx of potentially dangerous immigrants; and extols a sea of hatred against the Jewish state.

As Jerusalem Center for Public Affairs foreign-policy fellow Dan Diker wrote on Tuesday, the report is a “voyage into an alternate reality.” It’s a remake of the 1975 “movie,” in which the United Nations General Assembly adopted the subsequently revoked “Zionism is racism” Resolution 3379. It’s a repeat of the 2001 Durban conference and of the 2009 Goldstone Report, penned by Judge Richard Goldstone, who accused Israel of war crimes and possible crimes against humanity—allegations that he later withdrew and repented.

Amnesty International ventures into the insane accusation of equating Israel with apartheid, despite the fact that the country’s Arab citizens hold high positions in government and on the Supreme Court, and work in its hospitals and universities alongside Jews. In fact, Israel blends a variety of cultures, religions and races, while never surrendering to aggressive Arab armies and terrorists. Yes, as Harvard Law School professor emeritus Alan Dershowitz has said, “Whatever Israel does to defend its citizens are considered war crimes.”

Amnesty International, with an Urbi et Orbi blessing, refuses to acknowledge either the sharing of land of Israel or the terrorism, wars and missiles launched against the Jewish state. Similarly, it ignores the systematic violation of human rights by the Palestinians, while hurling the term “apartheid” at Israel, as a way of  casting it as evil, unworthy and destined to disappear, just like the former regime in South Africa.

Around this delegitimization of Israel, Amnesty has built a fortress that it claims (as Goldstone did before retracting) is based on evidence. Instead, however, it’s really reverting to an old and revamped trope. It suggests that the Jewish people are not native to Israel; that Jews segregate Palestinians in the name of supremacist ideals; and that checkpoints are an expression of racist arrogance, rather than a necessity without which murderers would and did enter the country to commit atrocities against innocent people.

In the NGO’s report, this context is completely erased and replaced by the lie that Israel is imposing its grip on an innocent world. In reality, Israeli society is a kaleidoscope of cultures, ethnicities and religions, where Arabs and Jews intermix, especially in Tel Aviv and Haifa. And the passion with which Israelis rush to fraternize with the Arab countries joining the Abraham Accords is genuine.

Amnesty International’s insidious lies make use of subversive language under the guise of human rights, and the entire world should demand an apology for this.

The delegitimization of Israel is the real backdrop for anti-Semitic incitement and the terrorists’ aim to annihilate the state. After all, if Israel is a despicable country, the Jews are worthy of the shocking demonstrations around the world, in which protesters shout epithets, such as, “Hitler was right” and “F**k the Jews.” The same applies to Iran, which, according to Amnesty, is right when it says that it wants to destroy Israel.his is very important to me, Amnesty steal the very concept of human rights

Amnesty International, therefore, acted irresponsibly by boasting that it champions morality, while actually ripping that values—and Israel—to shreds. Indeed, Amnesty has stolen the very concept of human rights and debased it.