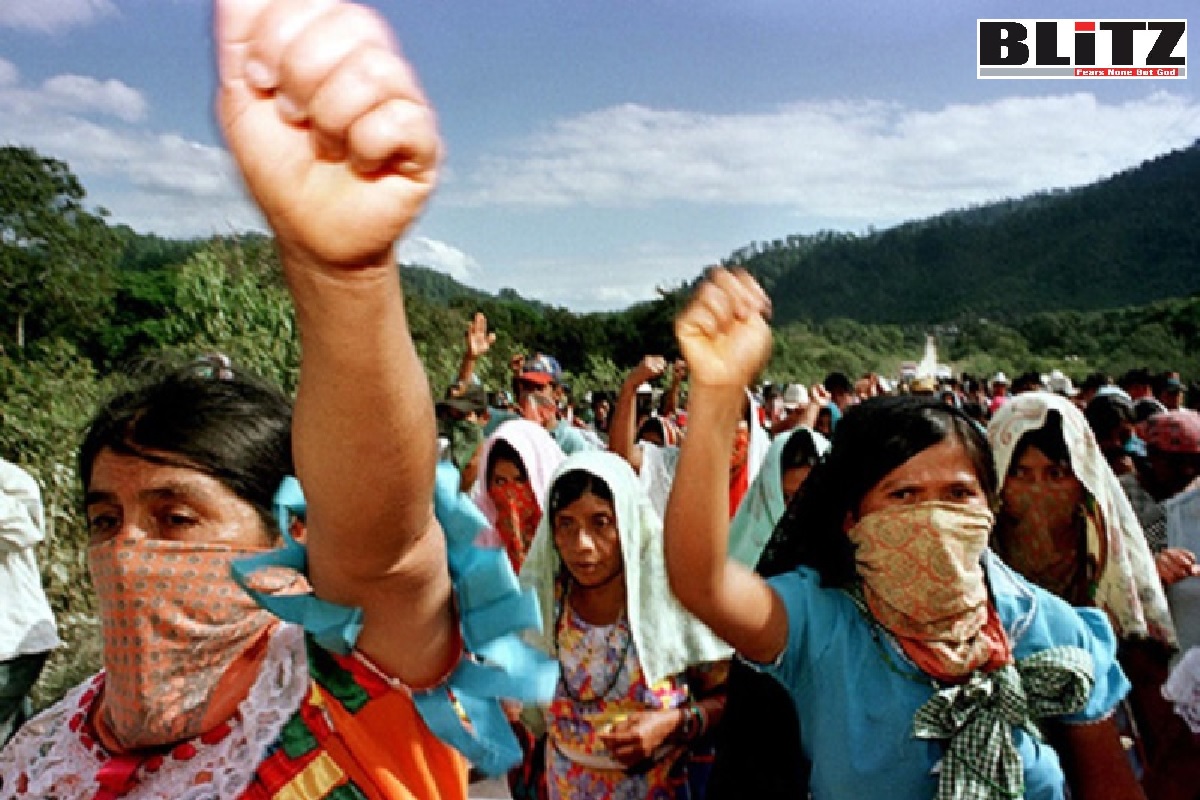 While is has long been blatantly obvious that the global economic model is no more working, people start asking, how long can billionaires continue to amass wealth while the world’s poorest populace struggle to buy food or meet their most basic needs. Economic conditions of the world’s poorest are being further worsened by the adverse effect of the Ukraine war, which already has come on top of the effects posed by the COVID-19 pandemic. Under such alarming situation, analysts are asking – could the world be headed for mass revolts sparked by a desperate need for change?

While we have recently witnessed the economic catastrophe in Sri Lanka, it is anticipated that similar situation may repeat in few other countries – particularly those in Asian and African continents.

Until now, it is believed that the Ukraine war is causing food shortage throughout the world, with the world’s poorest are the most affected. Although we are yet to feel the full impact of this war, the size of severely food insecure population in the world has already doubled from 135 million to 276 million in just two years, leaving almost 50 million people on the edge of famine.

Yes, the global food crisis began showing up for the last two years, meaning, Ukraine war is not the root cause of it. Although ever-since the beginning of war in Ukraine, the US President Joe Biden has been repeatedly putting blame on the war and Russian President Vladimir Putin for causing global food crisis, actual scenario tells us almost an opposite story. According to media reports, worsening harvests, infertile soil and increasing food poverty are affecting the majority of small farmers across the world, especially in the Global South. Wheat prices have surged by 59 percent since the beginning of 2022. Recently, UN Secretary General Antonio Guterres warned that the number of people living in famine conditions has increased by more than 500 percent since 2016, and more than 270 million people are now living in extreme food insecurity.

While the Ukraine war has exacerbated the food crisis, as Russia and Ukraine account for 30 percent of the world’s wheat exports, constituting 12 percent of traded calories, climate change and capitalism are the primary engines behind this global food crisis.

Though the Global South is the worst hit with the current food crisis, poorer communities in wealthy nations also are affected. In the United Kingdom, for example, where people already live close to the edge, there has been a surge in the need for food banks as many are pushed into critical need. Many schools in more deprived areas are forced to provide breakfasts every morning, not least to avoid having to teach hungry children who cannot concentrate.

Although major segment of the global population is already struggling in arranging daily meals, the rich are getting richer. According to Swiss private bank UBS, during the first quarter of 2020, for example, which coincided with the start of COVID-19 pandemic, the world’s then 2,189 billionaires had increased their wealth by 27.50 percent to US$10.2 trillion. This represented a 70 percent increase in their wealth in just three years. Two years on, there are currently 2,668 billionaires. Recently, Britain’s Sunday Times published its annual list of country’s most wealthy people stating the richest ten individuals and families have a combined £182 billion.

Here, the major question is – why the divide between the global rich and poor has grown wider and why there has not been a bidder revolt against it. It may be mentioned here that, the process of world’s wealthy people getting much wealthier has been continuing for the past 75 years, while following the Second World War, a large number of nations in the West had put considerable effort into public service, developing much-improved health systems, public education, housing and basic social assistance support for those most marginalized populace.

What has happened since? The answer is widely recognized to be ‘neoliberalism’, an approach whose essence is that the true foundation of economic success is strong and determined competition, which a political system must work towards to have any chance of success.

This approach was developed in the 1950s, with the work of economists including Friedrich Hayek and Milton Friedman, and has since been shaped by a network of more than 450 right-wing think tanks and campaign groups.

Neoliberalism is aided by taxation designed to benefit the more successful; the firm control of organized labor to minimize opposition; and the maximum privatization of transport, utilities such as energy, water and communications, housing, health, education and even security.

There are obviously losers from this system, but typically enough wealth will ‘trickle down’ to prevent serious opposition. It is a line of thinking that can reach the fervor of a religious belief and is certainly best seen as an ideology.

The switch to neoliberalism was boosted by the huge economic upheavals that followed the 1973-74 oil price hikes (over 400 percent in eight months). Stagflation became the order of the day and, in the UK and the US, key elections at the end of the decade brought in the Thatcher and Reagan administrations.

Both newly elected leaders were convinced of the need to embrace the new thinking. Throughout the 1980s, the US pursued a firm belief in the need to accelerate tax changes and financial deregulation, while Britain sought to control the trade unions and oversee the large-scale privatization of state assets – Thatcher’s mantra being “there is no alternative”.

Two global processes also did much to speed up the transition towards neoliberalism. The first was the ‘Washington Consensus’, introduced in 1989, which set out free-market economic policies for ‘developing countries’. The World Bank and IMF led the way in ensuring the Global South followed the new model.

The second was the collapse of the Soviet bloc. Russia’s immediate embrace of hyper-capitalism was surely the proof, if any was needed, of the value of the neoliberal approach and the obsolescence of a centrally planned system. Even China was moving towards hybrid authoritarian capitalism.

But now, more than three decades on, neoliberalism does much to explain the obscene levels of wealth for the few, not the many. So, why has it had so little resistance? Part of the answer is the residue of the experience of pre-neoliberal economics, a sense that things were worse before the likes of Thatcher and Reagan came on the scene. That view persists but is rapidly losing its potency in the face of the widening divide.

And there is no media in the world to tell people the exact things as West’s mainstream mass media being controlled by singularly wealthy individuals, families and corporates. In the United Kingdom, for example, the print media is owned and dominated by just three billionaire families, who set much of the editorial and reporting agenda of these newspapers. These newspapers are hardly likely to focus too much on deep inequalities that, it addressed, would strike of their own power.

Meaning, there is no mass media in the world that speaks in favor of the majority of the populace. Instead, these mass media serve the purpose of its owners – those billionaires, who uses these media outlets in hiding truth and continue diverting attention of the people from the real issues or real crisis to filthy political propaganda.

Meanwhile, taking full advantage of the marginalized and angry youths, radical Islamic militancy groups such as Al Qaeda, Islamic State and other Islamist paramilitary outfits are benefitting immensely and succeeding in continuing recruitment process by offering a cult-like alternative to their deep frustration or anger.

The recent case of mass-rebellion in Sri Lanka may be the beginning of any truly transnational movement, though it is worth remembering the coincidence of several revolts in a few months during the latter part of 2019 though those rebellions did not spill over into a transnational anger, let alone violence. But now, as economic situation followed by cruel food crisis continues worsening following COVID-19 pandemic, and the Ukraine war combined with impact of climate breakdowns, it is truly a matter of time that the world may soon witness transnational and violent rebellions.