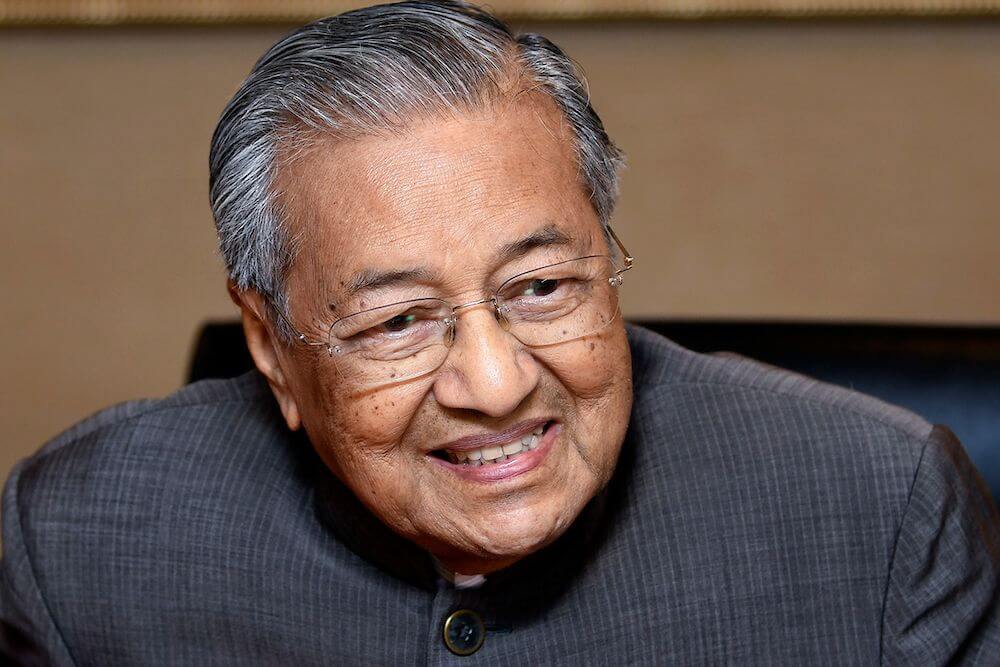 Cruel dictator Mahathir Bin Mohamad is infamous as antisemitic and diehard defender of Hamas and Palestinian terrorists is on his second term as the prime minister of Malaysia. In an interview with BBC’s ‘HardTalk’, Mahathir described Jews as “hook-nosed” and blamed Israel for creating the troubles in the Middle East. He said, “If you are going to be truthful, the problem in the Middle East began with the creation of Israel. That is the truth. But I cannot say that.”

Mahathir has even gone further by challenging historical accounts that six million Jews were killed in the Holocaust and said, the figure “was closer to four million”. When asked about the description of Jews in his book The Malay Dilemma, he said: “They are hook-nosed. Many people called the Malays fat-nosed. We didn’t object; we didn’t go to war for that.”

Mahathir is infamous for his arrogant antisemitism and for his abusive comments on Jews and his ridiculous conspiracy theories. Well, the wrong culture of antisemitism and Holocaust denial unfortunately prevail in most of the Muslim nations. Most importantly, some of the bitterest antisemitic individuals and groups as well as enemies of Israel are getting direct or indirect patronization of some so-called Jews.

On October 3, 2018, Blitz published an exclusive report titled ‘Radical Islamic Group Promoting Hezbollah in Bangladesh’. In the first paragraph of this report, Blitz said: “Secret activities of Hezbollah, a notorious radical Islamic militancy group have been detected by the investigative team of journalists of Blitz. This group is patronized by Bangladesh Khelafat Andolan (BKA), a radical Islamic party which was founded by an Islamist clergyman named Mohammed Ullah aka Hafezzi Huzur. Following the so-called Islamic revolution in Iran, BKA became an affiliate organization of the Iranian dictator Ayatollah Khomeini. Mohammed Ullah visited Iran at the invitation of Khomeini and this group had been receiving funding from Iran. BKA also has sent hundreds of Bangladeshis to Lebanon to join Palestinian terrorists including mega-terrorist outfit Hamas.

“English meaning of Bangladesh Khelafat Andolan is Bangladesh Caliphate Movement. Similarly as ISIS, this group too demands proclamation of Caliphate in the country and denounces democracy. It is surprising as to how such an organization for registered as a political party in Bangladesh and even registration with the Election Commission. Moreover, the US Embassy in Dhaka as well as European missions are in total dark about anti-West, anti-Israel and nefariously antisemitic activities of BKA.

“On investigation, it was revealed, Hezbollah has been operating a blog named CIRB-Hezbollah, from Bangladesh. Blitz team discovered a Facebook account of one Kazi Azizul Huq, who the International Affairs Adviser to BKA. Most disturbing fact is a large number of Jewish individuals are also on the friend list of Huq. It is anticipated that the Jews, who are on Kazi Azizul Huq’s friend list might now know the real identity of this nefariously anti Israel individual.”

Isn’t that disturbing? Policymakers in the world are fully aware of the influence of Blitz, which had played key role behind getting notorious antisemitic individual Zakir Naik banned in the West as well as in Bangladesh and India for promoting hate speech; in getting radical Islamic organization named Hizbut Tahrir banned in many countries and finally being black listed by the US State Department; and in creating a much louder voice in the world against antisemitism and Holocaust denial. Blitz is at the frontline of global battle against radical Islam and militancy since 2003. But, there are some Jews, those who feel delighted in continuing connections with the enemies of Israel like Kazi Azizul Huq and even shows the audacity of questioning my integrity as well that of Blitz. It is clearly understood, they are mad on me and Blitz for our desperate efforts in combating antisemitism and Holocaust denial. Why? Because, they are the so-called moderate Jews, who even question the existence of the Jewish State. Shame on them!

People like Mahathir Mohamad are being able passing notorious remarks on Jews terming them “hook-nosed” just because of betrayal of some Jews, who backstab Judaism, Zionism and the State of Israel. They are responsible for the rise of individuals like Mahathir Mohamad, Zakir Naik etc.

Here I want to cite an example. Should any non-Muslim head of the State passed any such abusive and offensive comment like Mahathir against the Muslims, that leader would already have felt the heat. Muslim media and their Western cohorts would have been filled with opinion editorials and commentaries demanding punishment. My Jewish friends may argue with me saying – Jews are decent people and they believe in democracy. I have no doubt about my Jewish friends being decent but what I will disagree with them is, democracy does not permit anyone in mocking the Holocaust or promoting antisemitism. In my eyes, such actions are criminal offence. Jews should have lodged thousands of defamatory cases against Mahathir Mohamad for passing such cruel remark and demand banning his infamous book – The Malay Dilemma. Through this article I am calling upon President Donald Trump, Ambassador Nikki Haley and Ambassador Daniel Friedman to kindly issue a strong statement against Mahathir and warn him to refrain from such remarks in the future. I also demand banning of his book. Israeli Knesset should immediately bring a bill condemning Mahathir Mohamad for his remark and demand an apology.

I would like to echo Robert Singer, CEO and executive vice president of World Jewish Congress, who said, “This kind of blatant antisemitic rhetoric is unacceptable and cannot be allowed to go unanswered.”

I call upon the American Israel Public Affairs Committee (AIPAC) and my dearest brother David Harris, CEO, American Jewish Committee (AJC) to issue strong statement condemning Mahathir’s cruel comments. I would like to humbly remind them, this is not the time of remaining silent. Our silence would give further encouragement to the enemies of Jews, Zionism and Israel.

All About ‘Islamic Kingdom’ in the West

Biased Media Versus Jews and Israel