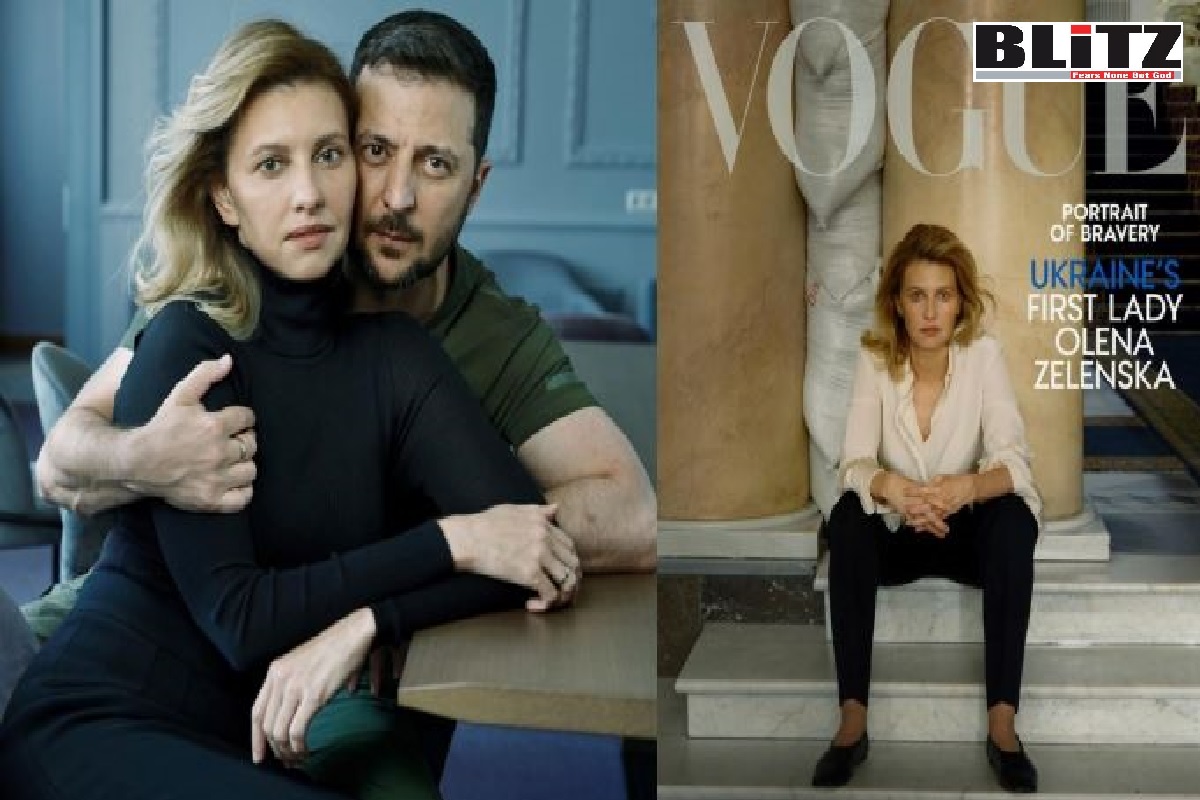 Public opinion turns against the Ukrainian leader because of his disdain for his own country, as he participated with his wife in a photo shoot for Vogue magazine. Writes Lucas Leiroz

Increasingly, public opinion shows dissatisfaction with Volodymyr Zelensky’s attitudes. This time, the reason for the popular indignation is the fact that the Ukrainian president participated with his wife in a photo shoot for Vogue magazine. The production of the images in the midst of a scenario of real devastation in Ukraine has not been well received by the readers, who claim that the Ukrainian leader romanticizes the conflict to take advantages.

Vogue Magazine recently released a collection of photos of Volodymyr Zlensky and Olena Zelenska in a failed attempt to make war propaganda for the Ukrainian regime. In the image, Zelensky appears holding hands and next to the First Lady. Olena poses next to some soldiers, near sand barricades at the official residence of the Ukrainian government, next to a destroyed plane.

The story was made in early July in Kiev by journalist Rachel Donadio, with the photos being taken by American photographer Annie Leibovitz. The official issue will be released in October, but the images have already been published. The magazine’s objective was to show the “emotional side” of the couple and the Ukrainian leader’s “bravery” in these difficult times. The result, however, was in a totally adverse direction.

The complex production of the photo essay generated discontent among the magazine’s readers, who apparently did not like to see the leader of a country at war reserving his time to dedicate himself to work as a photographic model. Throughout this last week of July, Zelensky has been severely criticized, certainly losing many of his Western supporters. In practice, the fact that he posed for the magazine with his wife in the midst of the war has been seen as an expression of disdain for the Ukrainian soldiers on the battlefield and for the civilian population, which suffers every day as the conflict continues.

In fact, it seems difficult to imagine how the president of a country in a situation of conflict as serious as Ukraine can find time in his “busy” schedule to pose for a foreign magazine. Obviously, these meetings with journalists serve as an important instrument of war propaganda and have a strong diplomatic effect, helping to garner support and funds abroad. But that does not justify making a mega-production, with special sets, elegant clothes and sophisticated makeup while on the battlefield Ukrainian citizens are bleeding to obey the government’s orders.

Particularly in the US, the topic has grown among Republicans, who are taking advantage of popular outrage to further criticize Biden’s policy of financing the conflict. Several messages circulate on the internet containing words of discontent with the fact that billions of American dollars are being sent to support a president who, instead of helping his people, poses smiling hand in hand with his wife for a major magazine. As a result, the US government’s popularity is expected to decline further in the coming months.

Also, there is another point being discussed, which is the magazine’s opportunism in taking advantage of the Ukrainian tragedy to make a profit. The act of “glamorizing” war is, although controversial, relatively common among popular magazines, but now Vogue seems to have crossed the most elementary ethical limits. The conflict in Ukraine is serious and fully active. Thousands of lives have already been lost and millions of people have lost their homes. In addition, there is also the risk of internationalization of the confrontation, considering the constant foreign influences in Kiev. But the American magazine simply ignored all this and produced an issue that literally romanticizes the conflict, despite the suffering of the local people.

The project appears to have failed in every way. The magazine will certainly profit from the issue, but the criticism will be immense. The US government will become even more unpopular than it already is. And Zelensky will lose even more allies in the Western world. Indeed, if there was any objective to foster public diplomacy and international cooperation through unofficial means, the failure was absolute. All Vogue has done was to worsen the image of the Kiev Junta in the West and further raise awareness of American public opinion about the kind of government they are helping to finance with their taxes.

Zelensky should apologize to the Ukrainian people for the disdain he has shown. And the best way to apologize is to use his power as president to fulfill the role of peacemaker and end the conflict once and for all – which, as we know, will only be possible with the surrender and the accepting of the peace conditions imposed by Moscow.