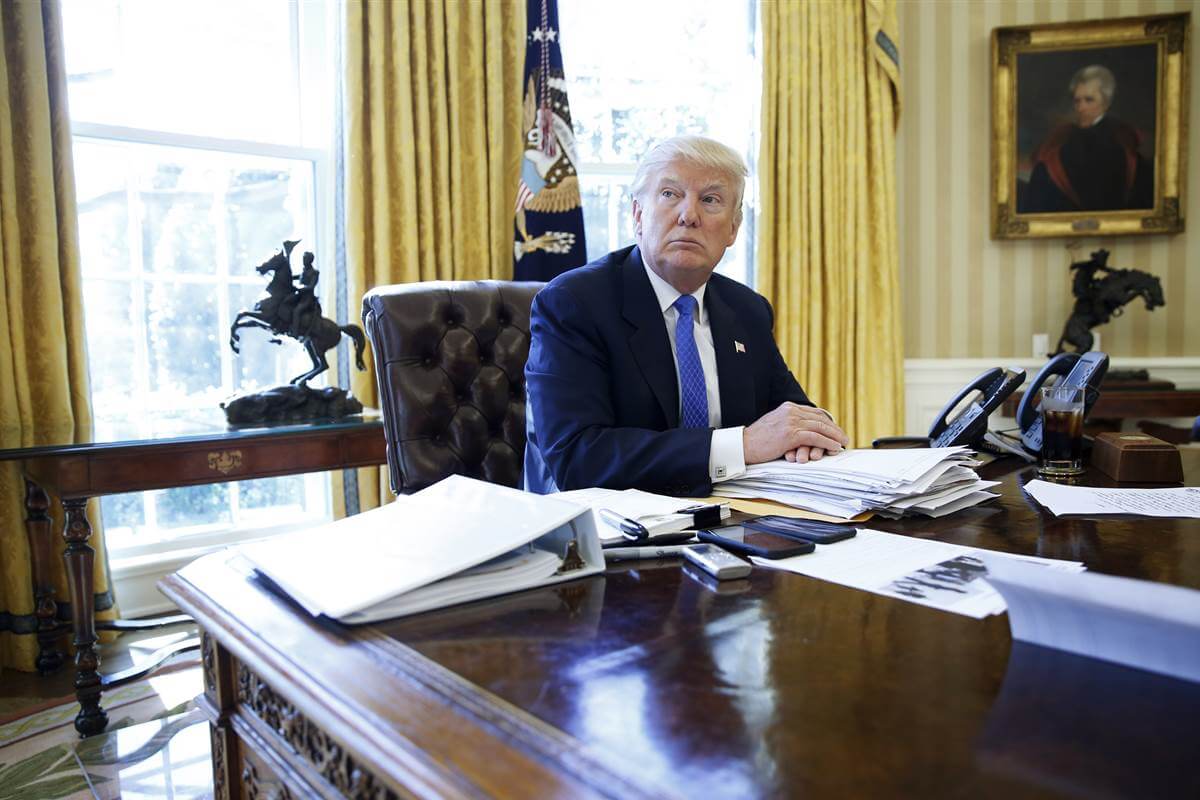 President Donald Trump is working hard to shore up his base of support ahead of the November midterms.

By communicating directly to the people via Twitter and through multiple campaign rallies, he is hoping to stem a possible blue wave of voters that some pundits predict will carry the Democrats to victory in the House.

The question Trump’s supporters must ask is: Does he deserve instead a red wave of enthusiasm and support?

The answer is resoundingly “yes.” Despite the ongoing Special Counsel’s investigation into Russian interference in the 2016 election and the vitriol spewed daily by his ardent and fanatical detractors, this president has kept many of the key promises he made in 2016.

First and foremost, he said he would provide jobs after many years of economic stagnation. Indeed he has done so, at last turning up the engine of American prosperity for a record number of citizens, many who previously had lost hope. The unemployment rate fell to a record 49-year low in September, at 3.7 percent. Record lows are also being measured for blacks and Latinos, whose unemployment rate remains higher than whites, but still the lowest ever recorded in their respective categories since these stats have been compiled. Even military veterans have gained from this boom, with record low unemployment at 2.7 percent.

A centerpiece of Trump’s “Make America Great Again” campaign was to renegotiate the so-called “free-trade” deals that were essentially a form of international redistribution of wealth. Trump has been willing to impose tariffs, risk trade wars and play hardball in order to negotiate trade deals in which our partners provide reciprocity rather than raze our manufacturing base to the ground.

He replaced the North America Free Trade Agreement with Canada and Mexico, now awaiting passage in Congress; he also revised a trade agreement with South Korea. And, as he pledged, he did not join the Trans-Pacific Partnership; instead, he seeks to rein in China with aggressive bilateral agreements.

There could not be a greater contrast between Trump and his most recent predecessors, Presidents George Bush, Bill Clinton and Barack Obama, than in the arena of trade. “Made in America” may soon be a common label, as our manufacturing base revives.

The businessman in the Oval Office also slashed many crippling regulations that stifle businesses and creativity, the very engines of capitalism. It took a businessman, too, to help steer a tax-cut passage through the House and Senate. These are the twin pillars that have paved the way for this economic freedom and growth.

Trump’s most impressive triumphs are the appointments of two conservative judges to the Supreme Court during his short time in office: Neil Gorsuch and Brett Kavanaugh.

As the bitterness of the Kavanaugh nomination battle recedes into history with the passage of time, what will remain is a monumental achievement. Trump has tipped the court toward the right. This will be his greatest gift to the nation for generations to come; especially in tandem with an unprecedented number of conservative federal judges he has nominated. American jurisprudence has been reshaped; we have been saved from the downward spiral of incessant judicial activism.

In foreign affairs, Trump kept a central promise: to destroy ISIS. The sickening beheadings and murderous rampages we witnessed during the Obama years are no longer a recurring feature of the nightly newscast. ISIS is fading; including the potency of the “lone wolves” they were inspiring to attack the West on a regular basis. This president has restored security for Americans at home and tranquilized the barbarians abroad.

He has also made historic strides to rein in the North Korean madman Kim Jong-Un and he shredded the foolish, dangerous Iran deal. In other words, Trump has stood up to the tyrants who were wagging their menacing fingers at us with impunity.

Perhaps it is fitting that as the midterm elections draw near, there is a caravan of thousands of Central American migrants marching toward Mexico, attempting to eventually enter American territory. Trump is threatening to send the American military to the border to stop them, if necessary. He is the policeman of our national sovereignty, amidst congressional border paralysis and left-wing globalist lunacy. The marching caravan reminds us of how far we have come from the Obama years and how easily we can head down that perilous road again.

Trump’s political opponents have incessantly encircled him in the Oval Office. Yet, he has fought daily, often alone, to deliver the results he promised. In less than three weeks, we too must rise again in order to protect him and his agenda with a sea of red.