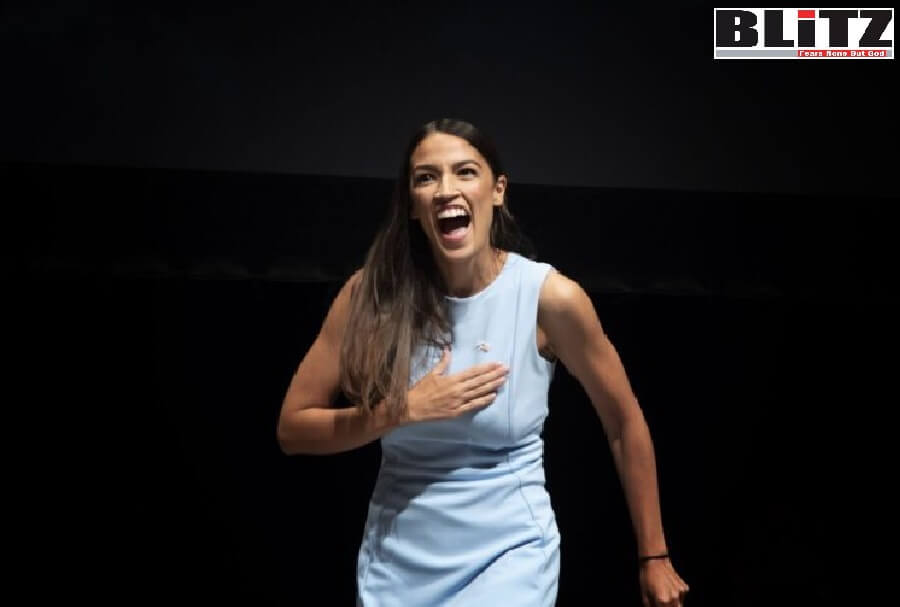 When lives of millions of Americans are in extreme difficulty due to inflation, unemployment and economic crisis, as a member of the US Congress, Democratic Party’s Alexandria Ocasio-Cortez has been making a whopping US$174,000 annually, meaning she individually earns more than twice the average income of any American. Still the socialist Democrat nonetheless thinks that working-class taxpayers should have to pay off her student loan debt. That is one of the main takeaways from her latest speech on the House floor. In her remarks, Ocasio-Cortez issued yet another factually challenged and morally distorted plea for “student debt cancellation”, a progressive euphemism for having taxpayers pay off approximately $1.6 trillion in student loan debt. (The loans are not “canceled” magically but paid off by taxpayers. Congress cannot just make debts go away). A similar demand has also been made by Rashida Tlaib, the Islamist and pro-jihad members of the US Congress.

Commenting on this, the Washington Examiner said: This is nothing new, as student debt “cancellation” has been one of Ocasio-Cortez’s pet issues since the beginning of her political career. Yet an interesting twist in this speech is that Ocasio-Cortez uses herself as an example — and directly calls for taxpayers to pay off her financial obligations.

“I’m 32 years old now,” the congresswoman said. “I have over $17,000 in student loan debt, and I didn’t go to graduate school because I knew that getting another degree would drown me in debt that I would never be able to surpass. This is unacceptable.”

I’m sorry, what part of that is unacceptable, exactly?

According to the Washington Examiner, Ocasio-Cortez’s $17,000 in student loan debt sounds like a lot, but it probably only involves a monthly student loan payment of $100-$200. It’s hard to know exactly what her payment is without being familiar with the specifics of her loans, but $100-$200/month is a reasonable estimate given that the average graduate owes $28,400 total, which equates to a $297 monthly payment.

And, as previously mentioned, the congresswoman earns almost $175,000 a year! Yet she bizarrely still thinks that working-class taxpayers should have to pay off her bills. What’s even more ironic and tone-deaf is that Ocasio-Cortez goes on in the speech to lament the (supposedly) “false narrative” that “student loan debt is for the privileged.”

She called this “narrative” a “ridiculous assertion” and asked, “Do we really think a billionaire’s child is taking out student loans?”

“Come on!” she exclaimed. “If you are taking on student loan debt, it’s because you are likely a middle or working-class person. Let’s get real, let’s cancel it.”

This part of Ocasio-Cortez’s speech is simply factually false and detached from reality. No, student loan debt isn’t held by the children of billionaires, a straw man claim no one ever made, but it is disproportionately held by a well-educated and thus higher-earning slice of the public.

People like Alexandria Ocasio-Cortez are total disaster. They only know how to scam people and rob-off taxpayer’s money. They are looters in disguise. Onwards American voters should remain cautious of such individuals.