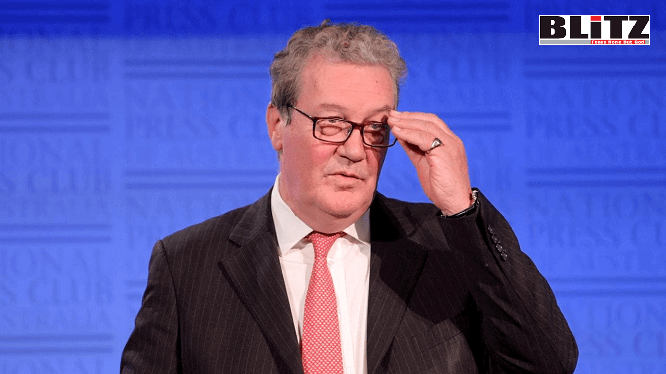 Australian diplomat whose 2016 tip to the FBI sparked the investigation into the Trump campaign said he would vote for Donald Trump over Joe Biden, saying that a Biden administration will be “divided and directionless.”

“There is no perfect choice in this election. There is the slightly crazy, out-of-control Donald Trump,” wrote Downer.

“And then there is poor old Joe Biden, bumbling along without any clear plans, and likely to be a hostage to a bevy of querulous advisers,” he continued.

Downer praised the Trump’s administration’s relations with Australia and the leaders of India and Japan.

“The Trump administration has been as good as any for Australia to deal with,” wrote the diplomat, who said his sister is a U.S. citizen who plans to vote for Trump.

Downer’s endorsement comes as something of a surprise given his early role in the FBI’s investigation of the Trump campaign’s possible links to Russia.

In late July 2016, Downer provided the U.S. State Department with information from a meeting he had on May 10, 2016, in London with Trump campaign aide George Papadopoulos.

Downer wrote in a memo after the meeting that Papadopoulos told him that the Russian government might release information to help the Trump campaign closer to the election. Downer, who was Australia’s top diplomat to the U.K. at the time, provided the memo to officials in the U.S. embassy in London following WikiLeaks’ release on July 22, 2016, of emails hacked from the Democratic National Committee.

The embassy provided Downer’s memo to the FBI, which opened a full-fledged counterintelligence investigation of Papadopoulos and other Trump campaign aides on July 31, 2016.

The special counsel’s team ultimately concluded that there was no evidence that Papadopoulos or any other Trump campaign aides conspired with Russia.

While Russia’s military intelligence agency hacked into Democrats’ email systems and leaked the materials through WikiLeaks, there was no evidence that Trump advisers took part in the hacks or helped release any documents.

Some Republicans accused Downer of working with the Hillary Clinton campaign, the FBI, the CIA or other Western intelligence agencies to fabricate allegations in order to justify an investigation against the Trump campaign.

Downer addressed those allegations, which he has long denied, in his Trump endorsement.

“For me, I’ve had to put up with four years of Trump and some of his fringe cronies claiming I was part of a conspiracy with Hillary Clinton, the FBI, CIA, MI6, Italian intelligence, ASIS, Ukrainian spies and who knows who else, to bring him down,” Downer wrote.

“If Trump were to lose, at least I would be spared this abuse,” he continued.