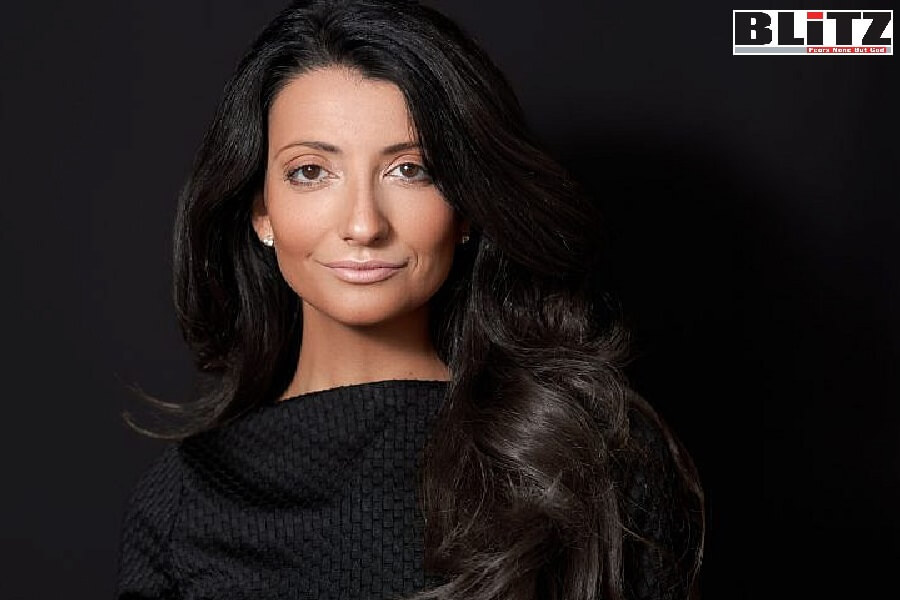 Inna Vernikov, who practices immigration and divorce law, says she was sparked to run by distress over the state of the city and belief in a two-party system that provides viable checks and choices. Writes Heather Robinson

Inna Vernikov remembers what life was like for families in the former Soviet Union when she was a child.

“I remember standing in very long lines with my grandfather—he’d have a ticket so we could get one loaf of bread and one bottle of milk for the entire family,” said Vernikov, who was born in Czernovitz, Ukraine, and immigrated with her family to the United States at the age of 12.

Memories like this, the desire to effect change on issues related to crime and New York’s economy, as well as her perception of a parallel between the former Soviet Union’s collectivism and anti-Semitism, coupled with problems within the modern Democratic Party, have sparked the 36-year-old Jewish-American attorney to run for New York City Council District 48 as a Republican.

“I’m running as a Republican on principle because I can’t support the Democratic Party, which is no longer the party of John F. Kennedy or Bill Clinton,” said Vernikov. “Jews coming from the former Soviet Union are very familiar with communism and socialism, and many of us feel strongly that what today’s Democratic Party is promoting is exactly what we ran from—a place where speech was censored, where we were not allowed to practice religion, where we didn’t have freedom or economic opportunity.”

She added that “we came for the American dream, and we feel it is being taken away from us.”

Vernikov, who practices immigration and divorce law, says she was sparked to run by distress over the state of the city and belief in a two-party system that provides viable checks and choices.

“It’s not good for people to feel there is only one party with power,” she said. “People in New York City feel that no Republican can win, so they have to vote Democrat. But they do have a choice to vote for someone whose agenda is more aligned with their needs and values.”

Vernikov’s betting her disenchantment with Democrats, both local—such as New York City Mayor Bill de Blasio—and national is shared by enough New Yorkers in her district, which includes the Brooklyn neighborhoods of Sheepshead Bay, Midwood, Manhattan Beach and historic Brighton Beach/Coney Island, to put her over the top.

In her Sheepshead Bay neighborhood and others, Vernikov says she encounters Democratic residents every day who say they are fed up with single-party dominance in New York.

“A lot of Democrats I meet in Brighton Beach and Midwood say they will vote Republican because they’re sick and tired of what the Democrats are doing to the country, state and city. I hear it all the time: ‘Oh, you’re a Republican? I’m a Democrat, but I’m going to vote for you.’”

Traditionally Democratic like most of New York City, these areas are home to large populations of Russian-speakers and Orthodox Jews—both constituencies whose majorities supported Donald Trump in his bids for president.

Vernikov’s platform is focused on quality-of-life issues like combating crime and rebuilding the economy. If elected, she plans to push to “restore funding to the police department” and hold rallies in support of police officers.

“Police have been defunded, vilified, and politicians do not have their backs—this is not normal for a functioning society,” she said. “But the citizens of District 48 support the police, and they deserve to be heard.”

If elected, she said she will oppose citywide bail reform legislation that she believes has resulted in “revolving-door justice.”

To address the city’s economic crisis, Vernikov explained that she would allocate funds to hire a staff of experts to advise owners of small businesses like family groceries, barber shops/hair salons and restaurants on how to obtain government grants to stay afloat. “Funding [is] available to help small businesses, but a lot of people don’t know what’s available and how to get it,” she said.

Another priority will be to block the creation of a homeless shelter at 100 Neptune Ave. in Brighton Beach/Coney Island, one block away from Bay Academy Junior High.

“We can’t help the homeless population at the detriment of children and people who live in these neighborhoods,” she said. “Democrats are afraid to talk about it, but it will decrease property values. … [Residents] are not billionaires; many have worked their whole lives to buy a home,” said Vernikov.

She believes that the homeless “need a safe place to go” and says that if elected, she would advocate for better city mental-health programs. She said she would push for an investigation of ThriveNYC, the mental-health initiative of current First Lady Chirlane McCray that Vernikov said received “close to 1 billion” in taxpayer funds and has failed to deliver.

“No one has pushed for an investigation of where that money went, and when I get to City Council, I will,” she said.

Recently, Vernikov, who practices law full-time while campaigning, addressed 100 or so seniors at Circle of Friends Adult Day Care on Brighton Beach via Zoom. She has canvassed the Brooklyn streets for months, where she, her staff and volunteers meet an array of New Yorkers of all races and backgrounds she says are open to her candidacy. As the district’s sole Republican candidate, she is running unopposed in the June 22 primary. She plans to step away from her practice to campaign full-time in advance of the general election on Nov. 2.

If elected, Vernikov said she will prioritize standing up to hate, including recent attacks on Jewish and Asian New Yorkers. Citing what she sees as Democratic indifference to anti-Semitic rhetoric emanating from prominent party members, she said many Democrats lack the courage to identify and oppose hate and incitement, regardless of where on the political spectrum its purveyors fall. She sees this reluctance to call out and address anti-Semitism filtering down to the streets of New York City, with disastrous outcomes.

“For instance, [Nation of Islam leader] Louis Farrakhan miseducates his community to believe the Jews are Satan … and he creates this animosity. … We can’t just pretend there’s not been an issue,” she said. “It isn’t coming from the vast majority; there are many people and leaders within the black and brown communities who support us, and we support them.”

Along those lines, Vernikov made international news after a letter she sent to New York’s Department of Education helped prompt a DOE investigation of a Brooklyn middle-school principal’s actions in urging the school’s teachers and administrators to side against Israelis in the Israeli-Palestinian conflict. Vernikov’s letter cited a New York State law prohibiting public officials from engaging in political activism on the job and argued that the actions of the principal, Amanda Bueno, made Jewish teachers and administrators feel intimidated. Schools Chancellor Meisha Porter has since called on Bueno to apologize.

No stranger to confrontation, the svelte, attractive Vernikov has been a fighter for Jewish rights since attending Florida Coastal Law School in Jacksonville, when she invited filmmaker/human-rights attorney Brooke Goldstein to speak about the recruitment of Palestinian children as suicide bombers by terrorist leaders. The campus Muslim Law Student Association objected, but Vernikov prevailed.

Vernikov is chairperson at Legion Self-Defense in New York, a nonprofit that provides classes in martial arts, including Krav Maga. (Recently, she broke her foot while engaged in an active-shooter self-defense training simulation.)

Vernikov thinks politicians need spine—and prides herself on having it. Last week, she offered support for Israel’s response to what has now been more than 4,000 rockets launched towards the Jewish state by Hamas and other terror factions in Gaza, and criticized New York City mayoral candidate Andrew Yang for retracting his statement in support of Israel’s right to self-defense.

“Andrew Yang had a moment of courage, and then … retracted his statement, and that is not the kind of leadership New York needs,” she said. “We don’t need more spineless politicians when New York City needs someone to fight, and to fix and clean up this city.”