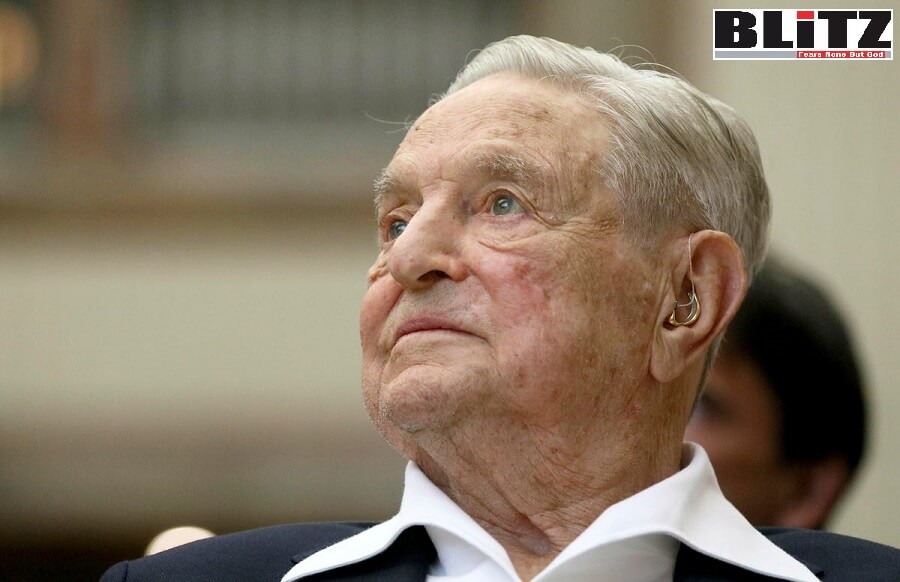 The administration of President Joe Biden is not shy about spending taxpayer dollars on things it deems are needed for social justice. Writes Carmine Sabia

The administration of President Joe Biden is not shy about spending taxpayer dollars on things it deems are needed for social justice, even when those funds are in the hundreds of millions and given to an organization backed by a billionaire.

Beginning last year, the administration began giving tons of cash to a radical left wing nonprofit that advocates for defunding the police, allowing illegal aliens to be freed from Immigration and Customs Enforcement detention, criminal justice reform and bail reform.

The purpose of the funds was to assist illegal immigrant minors avoid being deported, The Blaze reported.

“While the federal government often engages in the contracting and funding of nonprofits, they typically try to avoid dealing with overtly political institutions. Not this time,” government watchdog group  Open the Books CEO and founder Adam Andrzejewski said.

Andrzejewski’s organization reported that in March 2021, the Department of Health and Human Services entered into a $158 million contract with the Vera Institute of Justice to “provide immigration related legal services to unaccompanied minors.”

According to USASpending.gov, a federal contract database, the agreement was upped to $164 million early this year and has the potential to climb to $198.5 million by the time it is set to expire in March 2022.

In addition to funding from the HHS, the institute also received five additional contracts totaling $36.8 million from the Department of Justice to provide legal services for family groups, unaccompanied children’s custodians, and the “immigration court help desk,” Just the News reported.

In July of 2021, The Washington Free Beacon reported that the group is backed by billionaire George Soros.

Top Executives at The Vera Institute began championing he defund the police cause after the murder of George Floyd by former police officer Derek Chauvin.

“Vera is committed to dismantling the current culture of policing and working toward solutions that defund police and shift power to communities. We need to support the outrage we’re seeing—in the streets, in our communities, and in the media—while investing in long-term solutions. Now is the time to stop tinkering with police reform and to enact wholesale change,” Vera president Nicholas Turner said on Jun 8, 2020.

And as the group is nonprofit Turner is not working for free. He received a $420,000 salary and benefits from the group in 2019.

“In addition to harboring radical views on policing, Vera has thrown its weight behind a pack of left-wing prosecutors, many of them backed by Soros, that swept into office across the United States on the promise to reform the criminal justice system. Their policies have come under intense scrutiny as crime rates surge across the country,” The Beacon reported.

The group has received more than $10 million i from the Soros led Open Society Foundation between 2016 to 2019.

And the federal support for the group has been bipartisan.

From July 1, 2019, to June 30, 2020, during the administration of former President Donald Trump, the group received around $137 of its $174 million in revenue from government grants.

The group explained its stance on helping migrants when Fox News asked it for comment.

It said that every year, “thousands of immigrant children are placed into court proceedings in which government prosecutors seek to deport them unless those children can prove they have a right to stay in the United States.”

“Many children face these immigration proceedings alone,” she said. “Many children have legal options that establish their ability to remain in the United States (such as refugees, trafficking victims, and survivors of crime and abuse), but these options are nearly impossible to access without the assistance of trained attorneys. Other children require legal assistance to seek to voluntarily repatriate to their countries of origin.”