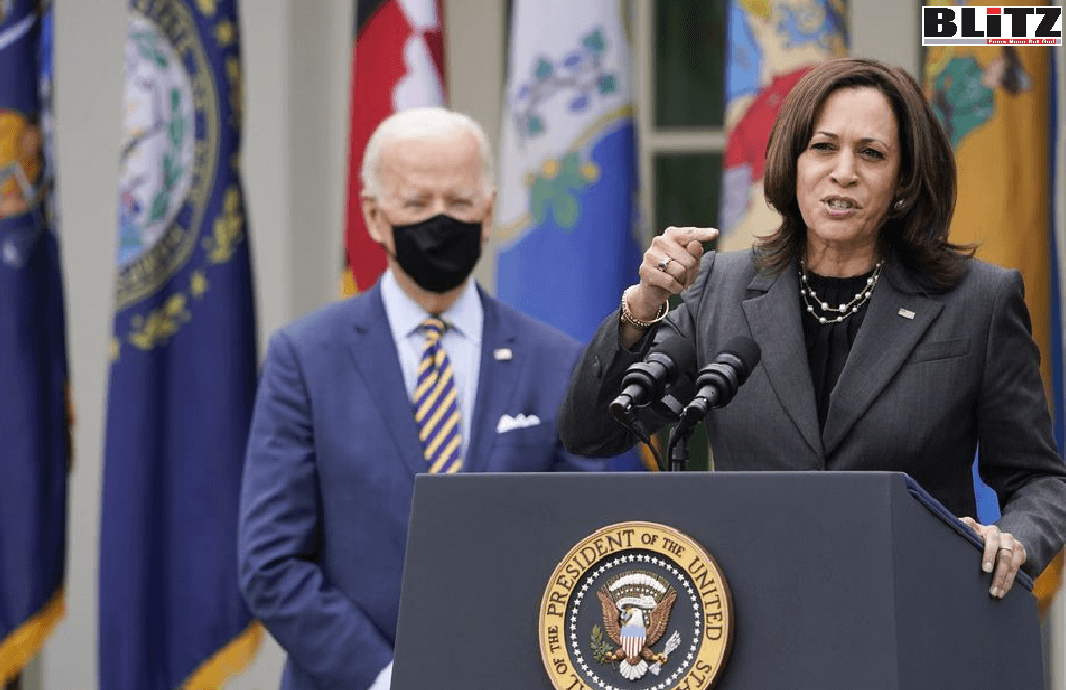 With controversies centering – who the current US President is really, Joe Biden has possibly made the matter much complicated, when Biden, immediately after the election had termed Kamala Harris as “President-elect Harris”. Meanwhile, just last week, Joe Biden once again has addressed Kamala Harris as “President Harris”. People close to the White House are already feeling extremely worried seeing Joe Biden’s declining memory, with Kamala Harris increasingly becoming active and in reality – is running day to day affairs as a de facto president.

Last Thursday, Joe Biden, while providing update about the fight against the COVID-19 pandemic announced – there is a “President Harris”.

He said: When President Harris and I took a virtual tour of a vaccination center in Arizona not long ago, one of the nurses on that tour injecting people, giving vaccinations, said that each shot was like administering a dose of hope, a dose of hope.  That’s how she phrased it.

Red State blog called Biden’s repeated statements showing Kamala Harris as the President of the US termed it as an “absolute cringe” moment but noted that on at least three occasions last year, either Biden or Harris “mistakenly” referred to the then-senator as the next president.

Biden, a short time later, said: A Harris-Biden administration is going to relaunch that effort and keep pushing further to make it easier for military spouses and veterans to find meaningful careers.

Biden-Harris administration, and as speculation swirls as to why Biden has so far avoided holding a formal press conference, President Biden slipped up yet again and referred to Harris as ‘President’, this time during a formal speech at the White House,” Red State said.

It said: All memes and jokes aside, Biden’s gaffe will only further fuel the chatter that started last year about how he was picking Harris to be his ‘president in waiting’ because he either had no plans to serve the full four years of his presidency or planned only on serving one term.

Friends and allies of the United States of America are becoming increasingly worried seeking Joe Biden is gradually becoming unable to run the day-to-day affairs of the White House, while he is leaving most of the crucial responsibilities on Kamala Harris, while she has already made her position as the de facto president.

Taking undue advantage of the situation, lobbyist firms with direct access to Kamala Harris are seen as vital to their possible clients, while most of the countries or organizations looking for hiring lobbyists in Washington DC are showing reluctance in spending dollars by hiring those with connections with Joe Biden.