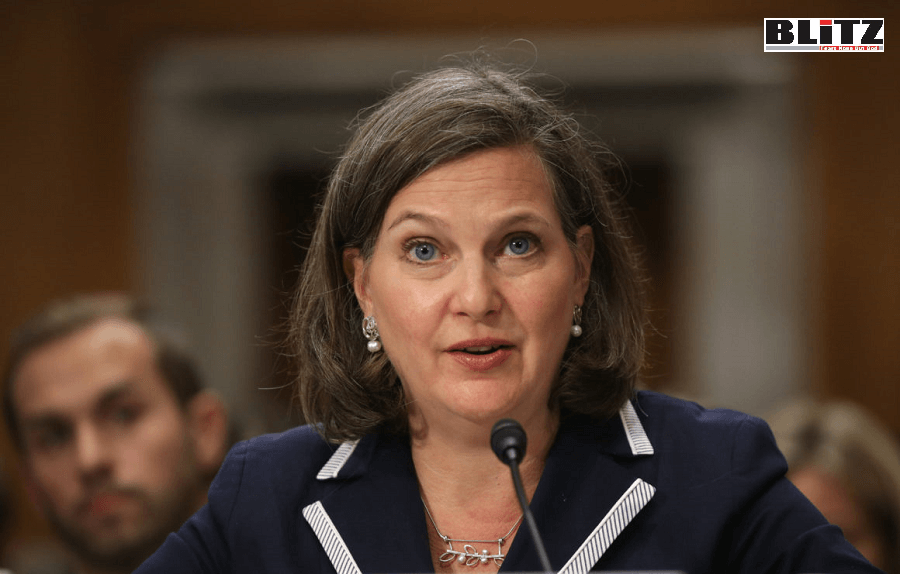 President-elect Joe Biden’s pick to serve in a top State Department post played a key role in disseminating the now-debunked Steele dossier at the agency during the Obama administration and was privately criticized by FBI officials for asking too many questions about the bureau’s investigation of the Trump campaign’s possible ties to Russia.

Biden will select Victoria Nuland to serve as undersecretary of state of political affairs, according to Politico. She served as head of State’s Bureau of European and Eurasian affairs during the Obama administration. Biden has selected Tony Blinken, who served as deputy secretary of state, to lead the agency.

Nuland, who is a senior fellow at the Brookings Institution, a liberal foreign policy think tank, played a key role at the State Department in the agency’s dealings with Christopher Steele, the former British spy who compiled the dossier on behalf of the Clinton campaign and DNC.

The dossier has been a source of intense controversy largely due to it being one of the primary sources for the now-debunked allegations that the Trump campaign conspired with Russia to interfere in the 2016 election. The FBI relied heavily on the dossier to obtain authority to surveil Carter Page, a former Trump campaign adviser who is mentioned throughout the dossier.

A report from Special Counsel Robert Mueller’s investigation said that investigators found no evidence of a conspiracy between the Trump campaign and Russia to influence the election. A Justice Department inspector general’s report released in December 2019 said that Russian intelligence operatives may have planed disinformation in the dossier, which BuzzFeed News published on Jan. 10, 2017.

Nuland signed off on an FBI meeting in early July 2016 between Steele and Michael Gaeta, an FBI legal attaché in Rome who was Steele’s handler. Steele provided Gaeta with two memos about Donald Trump during the meeting.

Nuland also approved a meeting on Oct. 11, 2016 at State Department headquarters between Steele and her deputy, Kathleen Kavalec.

Nuland testified before the Senate Intelligence Committee in 2018 that she “actively chose not to be a part” of the briefing with Steele. She provided a contradictory statement later in the hearing by claiming that she “was not aware” of the briefing until after it occurred.

Nuland said in a February 4 interview on CBS’s “Face the Nation” that she referred the Steele information to the FBI for investigation.

“This needs to go to the FBI, if there is any concern here that one candidate or the election as a whole might be influenced by the Russian federation. That’s something for the FBI to investigate,” she said in the interview.

Nuland told the Senate committee in a closed-door deposition that she intentionally avoided meeting directly with Steele, opting instead for a “cut-out relationship” with the former spy.

“I’m worried about any perception that I’m involved in something that could come back to be a Hatch Act violation,” Nuland testified, according to the Senate report.

While Nuland claims she took a hands-off approach to the dossier, other evidence suggests that she was more deeply involved than she has let on.

According to a report from the Senate Intelligence Committee, Nuland directed Jonathan Winer, a State Department official who also met with Steele, to provide a summary of the dossier to Jonathan Finer, the chief of staff to then-Sec. of State John Kerry.

“Nuland had some conversation with the FBI and became convinced their wires were not fully integrated, that there were different people in the Bureau who didn’t have access to the same information, and that they needed to be brought together so they could deal with it as an institution,” Winer told the Senate panel.

According to Politico, Biden will tap Finer to serve as deputy national security adviser under Jake Sullivan.

One FBI official indicated in an email on Sept. 30, 2016, that Nuland, who goes by Toria, was hesitant to share information that Steele provided to Winer and the State Department.

“Toria, as of yesterday, didn’t feel comfortable passing [notes about the dossier] to us based on the request from the [Department of State] employee that they not be shared,” the FBI official wrote in the email, which Senate Republican released last month.

An FBI official criticized Nuland in an Oct. 7, 2016 email after learning that she had asked for a briefing about a meeting that Steele had with FBI agents on Oct. 3, 2016.

“I also don’t know how its [sic] State’s business or how they think it appropriate to ask about a potential FBI source meet on such a politically charged subject,” the official wrote.

“That is sending flags up.”

Winer, the official who served as a go-between for Steele and the State Department, played an active role disseminating the dossier.

He met with the founders of Fusion GPS, the firm that hired Steele on behalf of Democrats, and also served as a source for two news stories published before the election that relied on information from Steele.

Winer also provided Steele with a dossier he had obtained by longtime Hillary Clinton associate Sidney Blumenthal which contained allegations about Trump that were similar to those in the Steele dossier. Steele provided that document to his FBI contacts.

It is unclear what if anything Nuland knew of Winer’s interactions with the media or Fusion GPS.

Winer told the Senate Intelligence Committee that he “destroyed” records of his interactions with Steele at the retired spy’s request in January 2017.

Steele testified during a defamation case against him in London that either Nuland or Susan Rice, who served as national security adviser, briefed Strobe Talbott, the head of the Brookings Institution, about Steele’s work on the dossier.

Rice denied through a spokeswoman ever speaking to Talbott about the dossier. Nuland has not responded to requests for comment.

Steele provided a copy of his reports to Talbott, who served as a State Department official during the Clinton administration.

The Biden transition team did not respond to a request for comment.