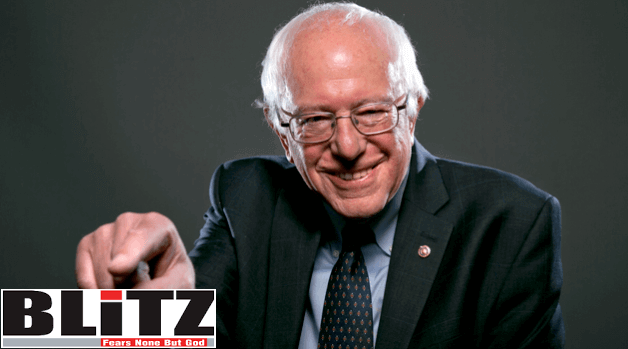 A representative for Democratic presidential hopeful Sen. Bernie Sanders has gone to the Middle East to trash President Trump’s “hostile approach in the region,” meeting with a top Palestine Liberation Organization official
It was Matthew Duss, the foreign policy adviser to Sanders, who met with Hanan Ashrawi, the longtime aide to Palestinian Authority leader Mahmoud Abbas.

The PLO released a statement confirming the meeting and the topic, reported Breaking Israel News.

“The two parties discussed the Trump administration’s hostile approach in the region and its destructive policies that undermine the prospects of peace and the Palestinian people’s inalienable rights to freedom,” the statement claimed.

Also, they discussed the “Trump administration’s vindictive actions against the Palestinian people and leadership, including as reflected recently in the rejection of Dr. Ashrawi’s visa application.”

Ashrawi was rejected when she planned a trip to the United States several weeks ago.

She is a member of the PLO executive committee and former Palestinian Authority minister of higher education and research.

Duss, meanwhile, was described by BIN as having “an anti-Israel background.”

“He, along with Sanders campaign manager Faiz Shakir, has been accused of furthering anti-Semitic conspiracy theories during his tenure at the left-wing think-tank Center for American Progress,” the report said. “He allegedly was part of CAP’s 2012 anti-Semitic incident where several staffers at the center’s ThinkProgress website, which Shakir served as editor-in-chief, were condemned for using anti-Semitic tropes of Jews dominating politics and money.”

Duss also has faced a backlash for publicizing Nazi-era propaganda posters in 2013, the report said.

The United States, in fact, has cut funding to several U.N. agencies in recent years because of their blatant anti-Israel bias.

Ashrawi claimed it was illegal for the U.S. to do that.