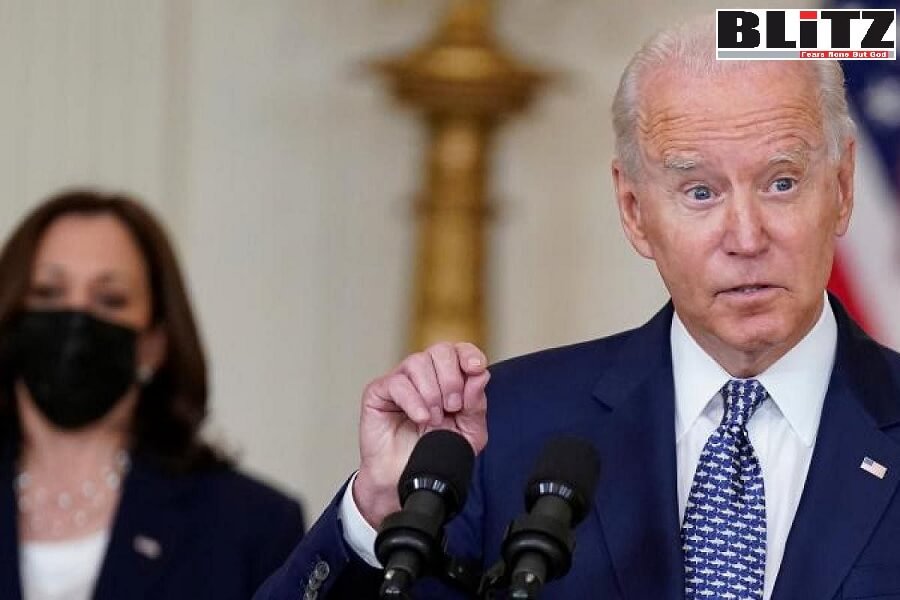 Kamala Harris, who has become the most unpopular vice president six months into an administration since at least the 1970s has started giving signals of their Democratic Party comrades already looking for alternatives for 2024 elections burying the political prospects of the sinking Biden-Harris sinking wagon.

Kamala Harris raised eyebrows anew on Thursday when she refused to say whether she and President Joe Biden would be on the Democratic Party ticket in 2024.

“I’m sorry, we are thinking about today,” Harris told NBC’s Craig Melvin after he asked what the ticket would “look like” during the next presidential election cycle.

“Honestly, I know why you are asking the question because this is part of the punditry and the gossip around places like Washington, D.C.”, she continued.

When asked if she and Biden had been talking much about the 2024 race, Harris said she was focused on dealing with current issues. “The American people sent us here to do a job, and right now, there’s a lot of work to be done,” she said. “And that’s my focus, sincerely”.

It would have been extremely easy for the vice president to simply say that, yes, she and Biden planned to be the 2024 ticket.

But Harris pointedly did not do so, which is only likely to fuel further speculation that amid near-historic low approval ratings for an administration just a year into its first term, Democrats are war-gaming various political scenarios involving candidates not named Biden or Harris.

Rumors are flying that Biden’s administration is at least looking into the idea of replacing Harris as vice president and having her nominated to serve on the US Supreme Court.

White House insiders are painting a picture of total chaos and discontent between Joe Biden and Kamala Harris, according to CNN reports.

“Kamala Harris is a leader but is not being put in positions to lead”, a top Democratic donor said. “[Biden] should be putting her in positions to succeed, as opposed to putting weights on her. If you did give her the ability to step up and help her lead, it would strengthen you and strengthen the party”.

The CNN report also claims there’s a rumor that Biden has considered booting Harris from the vice presidency altogether and nominating her to a Supreme Court vacancy.

CNN’s report claims Biden allies in the administration have avoided dealing with Kamala Harris because they see “entrenched dysfunction and lack of focus” from her.

“She’s perceived to be in such a weak position that top Democrats in and outside of Washington have begun to speculate privately, asking each other why the White House has allowed her to become so hobbled in the public consciousness, at least as they see it”, the report said. “Republicans and right-wing media turned Kamala Harris into a political target from the moment she was picked for the ticket. And implicit racism and sexism have been constant”.

CNN’s report also alleges that sources said that Harris’ staff has failed her.

“When Biden picked Harris as his running mate, he was essentially anointing her as the future of the Democratic Party”, the report said. “Now many of those close to her feel like he’s shirking his political duties to promote her, and essentially setting her up to fail. Her fans are panicked, watching her poll numbers sink even lower than Biden’s, worrying that even the base Democratic vote is starting to give up on her”.

With Harris being so unpopular, strategists worry that she won’t be able to help Democrats on the campaign trail next November. Kamala Harris has become the most unpopular vice president six months into an administration since at least the 1970s.