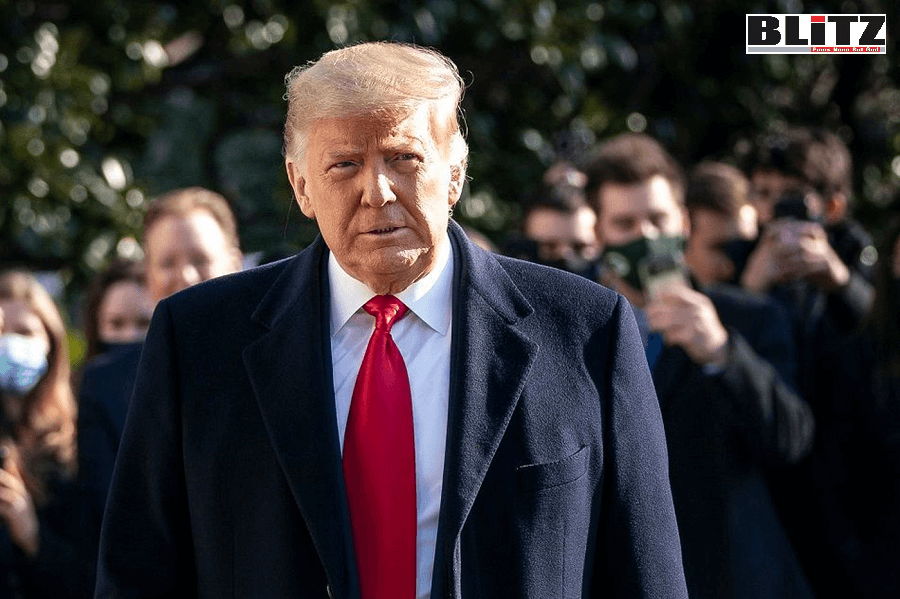 Editor’s note: Eminent journalist Joseph Farah sees Republicans regaining majority in the House and Senate in 2022. In that case, impeachment proceedings against Joe Biden and Kamala Harris would be moved and passed. That would leave House Speaker Kevin McCarthy as president of the United States – only temporarily. As president, he could appoint anyone in the interim he chose as vice president. That would create a situation where Donald J. Trump could get a bonus year as president before he re-wins in 2024.

I admit it. Joe Biden is killing me. He’s been in office for four days, and I’ve had enough!

He has 25,000 National Guardsmen to protect him inside a shut-down Washington, then he disposes of them in a cold parking garage with two porta-potties. How’s that for respect for our military?

If that wasn’t bad enough, how did you like his executive order on the border? It’s not bad enough that thousands of Central Americans, encouraged by Biden’s election, are making a run for the border – and I don’t mean a trip to Taco Bell. He’s invited them to come to the U.S. without fear. There will be no deportation, just come to the land of their dreams.

But what about the pandemic?! These guys have no masks. They have no inoculations. They are not practicing social distancing! What happened to Joe’s concern about “super-spreader” events by Americans visiting their relatives for Christmas and Thanksgiving?

What are we going to do about it?

I propose working our tails off proving, to the balance of Republicans and a few Democrats, that the election was truly stolen. Whether we get a chance to make the case as part of Trump’s second impeachment trial next week, as we should, I’m a little doubtful. But somehow our side has to keep this story alive, make it grow, something that we can use to make election integrity real again for Americans.

This is not something that has a long shelf-life. It’s something we have to prove beyond a shadow of a doubt in the near term. Polls suggest Republican voters already are convinced by as much as 80%. But we have to turn it into an embarrassment for the Dems – a bloody scandal, a coup against the Republic, an insurrection if you will.

I don’t know how we do it. Maybe we need to keep Rudy Giuliani on the speaking circuit. Maybe we get Trump to do the dog-and-pony show. But it must be accomplished in time to clean up our elections and win the House and Senate back in less than two years! That’s the time frame we have.

It must be clear and concise. I’m partial to simplicity. We’ve got to get 55% convinced that a handful of Democrats committed the most evil fraud imaginable to the fairest nation that ever existed.

And we’ve got to accomplish this in the toughest environment possible – against the total opposition of both Big Media and Big Tech.

Time is short, but the payoff is huge

What are we fighting for? What are we convincing people of? That Donald J. Trump will be resurrected as president! That it’s just a matter of having another free and fair election.

In 2022, the American people are expecting Republicans to take the Congress back. It’s ever so close right now. Biden is not just making me sick, I’m sure he’s having the same effect on multitudes.

What’s next? Once we have the House and Senate, we can impeach Joe Biden and Kamala Harris for high crimes and misdemeanors – not phony ones like they had to manufacture against President Trump, but real, weighty crimes.

That would leave House Speaker Kevin McCarthy as president of the United States – only temporarily. As president, he could appoint anyone in the interim he chose as vice president. He would select Donald J. Trump in early 2023. Then McCarthy would resign, leaving Trump as president. After all, who would have more experience and wisdom?

That’s how we could get Trump five more years if we play our cards right.

This will be a tough challenge. But the best president of the United States is not getting any younger! We must do this to Make American Great Again.

America has much more than Joe Biden and Kamala Harris to worry about. China is a real threat. And so is Big Tech.

Nobody but Trump is up to the challenge.